Other Records by 120 Days 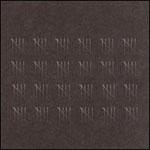 Post-_Screamedelica_ (1991) English rock group Kasabian have got a huge following in the UK and Europe and they’re starting to make small waves in the US; with 120 Days, some might ask whether we really need the Norwegian version. (Well…some would ask if we need the UK version, but that’s an argument for another time.) At least 120 Days don’t act as though they invented their meld of dance and rawk. This release is a reissue of their debut with a bonus CD of remixes to get them played in the clubs. Smart move. I guess there must be some business acumen in the offices of their record company Smalltown Supersound.

And signing 120 Days may have just been a business decision. The Rapture, Bloc Party, Kasabian, etc., have been with us for a few years now. By this point, 120 Days will neither shock nor astound, sitting comfortably on people’s mix tapes like a back-handed compliment. They are good-looking in that messy-hair-skinny-black-leather-jacket way girls go crazy for these days. Ice the cake with a beautifully minimal black album cover and 120 seems like a perfectly manufactured band given how well they have ticked the right boxes. Even 120 Days’ influences are de rigueur: Kraftwerk, the Cure, and Joy Division.

But I love Kraftwerk, the Cure, and Joy Division, and in a dearth of new material I’m happy for facsimiles. “Come Out, Come Down, Fade Out, Be Gone” may have a title that Shaun Ryder would balk at using but I can’t resist it. It uses the same motorik blips and pulsating bass that made Tour De France Soundtracks (2003) a surprisingly strong comeback and, even if Ådne Meisfjord sounds like an especially tone-deaf Bernard Sumner, it just works. With a few battered synths and a drum machine few bands could knock out a song that good.

“C-Musik” (Germanic title?—something fishy here) is a similar beast that unwinds on a shuddering bass note before launching into Primal Scream when they pulled their heads out of the Stones’ asses long enough to realize Krautrock was a good thing. Closer “I’ve Lost My Vision” is an 11-minute plus monster with squalling guitars, insistent drums, and more digitally produced noises than you can shake a Yellow Magic Orchestra album at.

120 Days does have its fair share of problems. The thing with bands who are this into Kraftwerk is that they think they can write an instrumental that will shake the world to its foundations. Thankfully, the other thing about bands who like bands like Kraftwerk is that they clearly mark such travesties: it’s usually numbered like a project, as with “Sleepless Nights #3.” Uh.were “#1” and “#2” shit? Anyway, the song in question is just some noodling and synthy bloops that sound like the background music in Bladerunner.

The U2 creeps in from time to time as well, though it’s a shame that trademark Edge guitar line is sprayed like so much silage over “Be Mine” and “Sleepwalking.” It ruins two perfectly good tracks. Thankfully, the bonus CD gives us an alternate version of “Sleepwalking,” remixed by 120 Days themselves, which throws in some erratic tabla, feedback, and a dubby bass line. If only they’d put this version on the original. We also have the excellent “Come Out, Come Down, Fade Out, Be Gone” reworked by Secret Machines, OP:L Bastards member and Anniemal (2005) producer Timo Kaukolampi, and the godfather of Norse Techno, Mental Overdrive. Each brings something new out of the original. Kaukolampi adds a dirty two-note synth straight from the Normal’s “Warm Leatherette” to make the electro fans happy. Secret Machines phase wonky guitars around the vocals to make a swampy psychedelic mix. The killer is the Hi-NRG take from Mental Overdrive that has so many Moroder drum assaults and disco handclaps that before I knew it my shirt was off, me hands-in-the-air and poppers-in-the-nostril. It’s just a shame that the bonus EP is more consistent and more exciting than the main album.