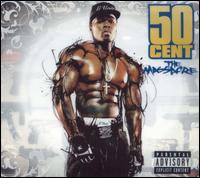 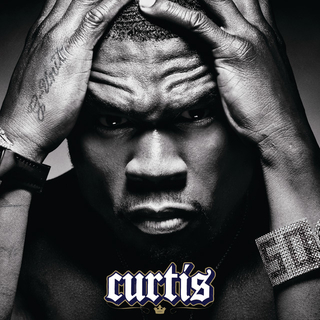 1) You’re a retard. If you’re reading this, chances are you’re one of those Fall Out Boy-worshipping indie rock kids, and so chances are you hate Fiddy. That’s okay, because like I said, I hate you, too. I hate you like I hate everyone, but I hate everyone (you included) like a mean dad hates his kids—like, “I hate you but I control you, which is cool. Go wash my car.” You reading this is like you washing my car! Let me explain.

Somehow, the kids stopped caring about me. Jeezy kinda stole my thunder, and then T.I. stole his thunder while being good at rapping. But I knew I had more thunder yet unstolen; I just sat back waiting for my moment to return, plotting my grand reentrance to piss thunderbolts on you bitches. So then I dropped “Straight to the Bank” on motherfuckers, talking about going straight to the bank (like with money and the single), but nobody bought the shit; it debuted at #32 and fell off immediately. Alright, motherfuckers, I thought. Here comes “Amusement Park” on your asses—it’s about pussy. That shit always sells. It debuted at #121. Pissants. Next came “I Get Money.” Dorks like you might know this one: Cassidy, Luda, Jada, Weezy, Yeezy, the late Tupac Shakur, and bluesman John Lee Hooker have all ethered me on this beat (seriously, google it.) Maybe it’s because I squander the beat’s goods spitting lines like: “Get a tan? I’m already black / Rich, I’m already that / Gangsta git it gat” or “Bling like blaow! / You like my style? / Huh huh! / I’m headed to the bank right now!” But although the beat became 2007’s most frequented playground, there’s only one motherfucker making money off of it: me. Still, we couldn’t get it to chart higher than 45. You stupid fucking retards wouldn’t listen to anything I put out! So, fuck it, we said: as my record kept sliding backward in an attempt to link its release with a successful single, and as Kanye’s record kept getting pushed forward to capitalize on the strength of its simultaneously successful singles, a cold (Kanye) front and a hot (my dick) front met to make a perfect storm of music sales. Magazine covers collectively cummed. It was gonna be the best September 11 ever.

This is why you’re reading this review. Because in some back rooms some dudes shoveled their shit in a big pile and I turned that pile of shit into a pile of fucking gold, and you don’t really have to care about Fiddy Cent to still read a review of his record because you want to read what these fucking Oasis fans think about Kanye and then you want their opinion on my record, too. And this is because you’re a fucking retard. Ha!

2) “I Get Money” and boy do I get pussy! Vivica A. Fox. Kim Kardashian. Laura Dern. Are these names familiar to you? They are to me. I fucked them all. As a famous rap star, I’m rich. Because I’m rich, I get pussy constantly. I can barely type this shit I’m getting laid so much. But in order to maintain my status on top, I need to kill anybody who talks shit to or about me. This is the triangulation of the rap star: I kill motherfuckers with swords and shit to get that money; once I’ve got that money, chicks lick their lips for my ding dong (hot dog—get it?); but with money and pussy, haters start talking, so I must kill more motherfuckers to solidify my position on top and silence the haters. It’s a beautiful cycle that leaves my dick smelling like Anne Hathaway.

3) Fuck music. I’ve never liked music much, but now I hate it almost as much as I hate you. This is why I let Havoc, who brought the universe The Infamous (1995), turn his drums into whispery puffs, watched his samples’ menace dissolve in a clean post-G-Unit snarl. This is why I am letting Timbaland become the new Swizz Beats. This is why Eminem and Mary J. Blige are both on my record. Historically, music’s gay anyway. Throughout time it’s always been the province of pussies (probably a lot of the readers here!). Kanye’s kinda like that with his pants and shit, and from what I understand that appeals to you biscuit-munching clowndicks.

This just in: fuck you guys. Kanye can have you music fans, which (historically, if you read your shit, which I have) = fags. I’m out here a) getting way more pussy!, and b) slinging shit for people who don’t care, making money off everyone who realizes how much fuck music. And just you wait until I finish dicksmacking Hollywood!

Well, that about covers it—why I hate all you Fall Out Boys, you readers, you rap fans, lovers of art, all women and bitches except for Mary J. Blige, everyone that looks or talks about me, everything that exists and doesn’t, the Game, other games (chess or whatever), cars I don’t own, money that isn’t mine, Japanese pop artist Takashi Murakami (pussy), Cam’Ron, kittens, fair weather, cold weather, hot weather, weather, golf, everything, you. You, motherfucker. You motherfuckers. Of course Kanye’s going to outsell me. I’m still gonna make a shitload of fucking money, and you stupid shitheads are going to help me do it. Guess when I’m going to retire? Never! Fuck you!