1. Even Time Ghost Can’t Stop Wagner
2. When Your Luck Runs Out
3. Chronological Disorder
4. Sequel
5. Too Late or Too Dead
6. Silver and Snow
7. Night Birds 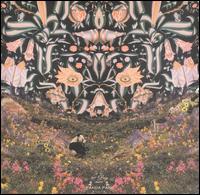 This is how you experience the new 90 Day Men. You get back from the record store, and you hold a brown recycled paper bag that contains Panda Park. The CD rack’s set up into categories of style or something, and you’re looking for a spot for your newest family member, and oh, there it is, an empty slot between Yes and Radiohead, the slot that once housed that Mars Volta album you exchanged a month ago. This isn’t Mars Volta, though. This is 90 Day Men. Someone boil some water so you can make green tea and eat a crumpet as these wankers lasso your eardrums with the technical proficiency of, well, some musicians who are pretty technically proficient.

“Even Time Ghost Can’t Stop Wagner” has this simple but effective piano line that chills you out almost immediately. You ask yourself if you should dip into your weed supply, but then you remember that you don’t smoke weed any more. The track shifts almost constantly, like its cool North Cali beauty rests on some active fault line. It’s somehow the precedent for all the schizophrenia that follows, and you almost don’t mind that the whinnying vocal delivers a lyrical obfuscation. The track develops into the coolest, most rocking elevator music you’ve laid ears upon.

“When Your Luck Runs Out” is a suiting and brief follow-up with slightly surf guitar interjections over a soft acoustic strum, light drums, and rippling synthesizer. The lyrics are a bit better here, with a hazy intonation of “when your luck it runs out, I will be here to say, that’s just life down at the bottom of the lake.” The next track features some screeching that less coherently mimes Gift of Gab’s excursion into the alphabet, but the mostly instrumental section of the last two minutes is the kind of pretty that sneaks up behind you with a breath of strawberries warming the back of your neck.

“Sequel” breaks the album in two parts with low fidelity and a nice beat, just like all good little one minute segues should do. “Too Late or Too Dead” harkens back to the first track. Oh, hey, there’s like an internal parallel/mirror/symmetry thing going on here, right? You just said that to yourself. Anyways, this is the best track on the album. The piano conquers with the help of incredibly solid drum and bass, and then you have the electric guitar doing weird things and embellishing and shit, but that soon disappears in favor of strings and some keyboard harmonies. The whispered vocals actually hit the heart this time: “I’m not drunk enough to tell you the truth just yet, but you listen when I say, last nights and last times, they are not what they once were.” “Silver and Snow” is the grating Tweedle Dum companion to the Tweedle Dee of “Chronological Disorder.” A melodramatic vibrato puts a rather scary bowtie on lyrics like “Coalescing and depressing / Silver and snow / Don’t let it go” and “The physician is running at your side / And the magician is running at your side.” What the hell? Repeat 3x. However, like cancer, it grows on you even though you don’t want it to. The album concludes with an instrumental that’s worth concluding with.

So, Panda Park comes to its end, and you nod and think to yourself that, hey, that was slightly weird and sort of good and those guys know some shit about making sounds and it was like music theory versus emotion with emotion losing but still in the fight and this green tea’s not bad and I don’t have anything that I want to take to the record exchange right now.