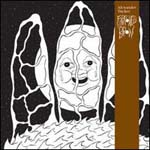 Here’s the thing about rhythm: it’s imaginary. You can’t tell rhythm through speed, because our sense of space isn’t defined through tempo, evidenced by the fact that we’ll dance to anything that sounds danceable, despite what the bpm count is (and sometimes we’ll find ourselves running to a dance floor when “Son of a Preacher Man” hits, only to find that the lack of propulsive percussion leaves us to flail around blindly…ahem). You can’t tell rhythm through signature, because most of us can’t count it anyway, but also because a signature is simply one fraction used to partition temporal space, itself calculus to a million other fractions. You can’t tell rhythm through percussion, because Shugo Tokumaru’s slow songs undulate over a rash of clicky things gibbering at twice the speed, and make them seem slower. Rhythm—the sense of space and time and how it affects your mind and body—is just as much about reception as it is production, which is why Simon Frith’s quip that nobody actually fucks to the Red Hot Chili Pepper’s sexual(ized) music is hilarious. Who, normally, moves their body in 4/4?

Consequently, I like albums like Furrowed Brow which actively play with your sense of space and time. It’s different from the regular sensation because sometimes you just float on like that, but sometimes you can’t even figure out which direction you’re floating. Tucker is working off the attempts of minimalists to create sonic spaces where physical perceptions can be played with, joining work like that of Ben Chasny’s Six Organs of Admittance in tossing aside the piano banging for acoustic guitars. In Tucker’s case, the guitar is joined by random horn sections, clarinets, voice samples, drones, and overlaid vocals. But it’s the composition that really matters. The tracks of Furrowed Brow start somewhere in the vicinity of “oh” and end up, through shifting tectonics and blistering groans, way over there in the vicinity of “o…o…o…o…o…o…o.” And that’s not an orgasm joke, necessarily—you still know where you are in sex—but it is about climaxes; these songs have them precisely because they don’t really have them.

You can’t really peel the layers of each song’s onion apart like that, but you can see the blur as Tucker coos “I see you” while the 73rd guitar of “You Are Many” crashes in, six string democracy chanting labor songs louder than any bristling Local I’ve heard. And maybe that sense of unity versus your aloneness (Tucker also sings “You are waiting here,” effectively isolating you from the wash) is the point; the basic guitar lick sounds like a country music epiphany, but each disjointed fragment that joins it works to deprive that genre-concept of a context, until what you’re really listening to is just space bubbling at you from the speaker. It’s lovely in concept, and it traces well because Tucker is able to have it both ways: sound experiments and excellent songs.

Okay, I lied earlier: “Superherder” has a bit of piano banging going on. Another track that starts like a gem purloined from the folk Eden, a disgusting guitar sound ruptures the initial wash of Travis-picking and piano notes. Tucker keeps modifying his strumming on the acoustic, and while it’s hard to keep track of, because of all the noise, it seems like the rhythm keeps slipping off time. The result is one ghostly, intoxicating sprawl; the liquid motions made are forceful and difficult to follow at the same time, and, like the Charalambides, play on our tendency to follow the prettiest melodies right into their traps. It’s beautifully done, right down to the languid distorted hums that end the piece, hilariously undercut by a drunken horn section mocking us for thinking what preceded was all that serious. “Spout of Light” seems like it’s going to follow the same pattern, but then it turns out to be the most traditional song on the album. Aside from some chimes, the acoustic overdubs, clarinets, and a piano, the song remains relatively straightforward as Tucker sings with his weird Eno-inflections. It’s a pretty track, a moment of zen amidst the chaos, and Tucker plays it well—there are no explosions, which is more surprising than if there were.

“Rotten Shade” follows with that sort of coy picking style that starts with serious low notes, spreads out the sweeping pattern on the high ones, and then ends with a flourish in a different key. In the language of country licks, it means “this will be funny”—I’m ambivalent about the hilarity, but the song proceeds through Tucker’s most developed vocal melody and some colorful instrumental bits and chord patterns. A wicked delayed guitar offsets the clarity for a moment, right before the second verse, and then again after, and the effect is disorientating, but subtly disorientating, squeezing out the promise of hilarity in the juxtaposition of different types of sadness. It’s odd, but it’s entirely affecting, and when the album suddenly jumps in the deep water of “Broken Dome”—a mess of voice fragments echoing off crystal—the relative calm of “Spout of Light” and “Rotten Shade” become an oasis between one extreme and the other. Because even the opening notes of “Saddest Summer” indicate the wash of noise to come, all glistening electric guitars and shimmering cadence, and “Panemaker Doms,” a most insistent afterthought, is the long, exhaled breath the album requires to close.

Tucker’s music is made for contemplation, and the best evidence I have for that is how I couldn’t actually write this review while listening to it. I kept drifting off, staring into space, hands posed above the keyboard, captivated. That’s the kind of trip this is.