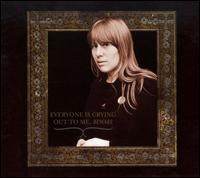 Alina Simone: Everyone Is Crying Out to Me, Beware 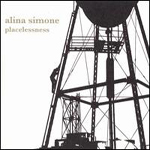 Here’s an assumption: indie rock has become more about knowledgeable genre allusion than playing close enough to a city’s scene or time period to render it unquantifiable. If that assumption is kosher enough, then is stylization cowardly? I’ve lauded bands like Spoon for writing with what sounds to me like an impeccable sense of musical taste, but I’d hardly suggest that what they, and bands like them, do is at all courageous. It’s no feat to state one’s tastes, and what is emulation but that? There is something vaguely removed about a genre reference, a deference to an almost clinical exercise or canon to which an artist can point if their audience dislikes their record. If I don’t like the new Interpol it must be because I don’t like music in the style of New York’s post-punk resurgence, and thus the beloved bands upon which that style is based, and not because I think the album is mediocre, right?

So much braver, then, to strip away than to adorn. Alina Simone’s spare sounds are certainly not exempt from the tastes of her audience or the fickle palette of self-styled tastemakers, but it’s much harder to distance herself from what is inevitably the naturally harsh scrutiny of a vast and arbitrary music community’s loudly asserted opinions. What is to be heard on Placelessness is Simone’s own, her personality manifest unflinchingly in plastic and packaging. Less accessible than the Strokes, sure, but the connection to be had here is of a more intimate variety than a strategic self-placement within a stylistic catalog or a test to see if one’s audience can name all the precedents.

Initial comparisons to Björk and PJ Harvey are clumsy and assume too much of Simone’s gender and confessional singer/songwriter style. Simone’s target is neither the idiosyncratic quirk of the former nor the cult of personality that has formed around the grit of the latter. Better for the listening is the aesthetic (and easier to qualify, given that Simone doesn’t have the mechanism of either woman’s fame, or—for that matter—the kind of rampant charisma that comes out of your stereo and smacks you in the face): the tactical use of space, a minimalist paradigm, informs the interplay of a single delay-drenched guitar with Simone’s voice and occasional but similarly meager instrumentation. Guitar and vocals segue together with moody appeal, loud and even confrontational in places, but vulnerable for their unadorned simplicity. This kind of honesty can be uncomfortable or mark an easy target for others, but it’s never cowardly. Perhaps a better comparison than Harvey is early Cat Power. Less affected than Marshall’s wounded sonority, Simone is still writing from a similarly internal place. It’s the equivalent of putting all of one’s cards on the table: riskier, and results in many a failed effort, but makes success all the more gratifying.

Most emblematic of Simone’s style is “Lonesome,” on which she allows her voice to sound bleak and on its lonesome (cough) for the duration of an extended outro. It’s sweat-inducing in the way it collects the album’s unprotected core to its breast in one singular, unquivering moment, daring you to mock its earnestness. There’s something pure about the gesture, somehow independent of personal taste, market mood swings, or cynicism’s dictation that cool and swagger supersede firm declaration.

Much is made of Simone’s ethnicity, parentage, and travels. Paradoxically, the same noise is made of the notion that she speaks in the metaphorical equivalent of primary colors, from emotional reservoirs that traverse the borders critics can’t help but strengthen with each mention. Are Simone’s songs intensely, even awkwardly, personal, the product of a handily exposed and both literally and figuratively distant childhood, or the stuff of cross-demographic accessibility? It’s difficult to tell but for the gesture of an abandoned voice, which here sounds like it’s clinging to the side of a tall building. The album might do well to add biographical morsels that describe her family’s flight to America from what was then the Soviet Union; sometimes too melodramatic, too translatable key words (“black,” “run” or “running,” “night”) imply a healthy persecution complex. But the success of Placelessness is not the product of the words, which belie less than one might think, but of the mood. There are sounds here that, like gathering evening, metastasize and chase from one place to the next. Inevitability is at play, and Simone’s candor in the face of that constitutes a bravery of note.