1. Towns On The Moon
2. I’ve Been Bad For Years And Years

Other Records by Aloha Hawaii 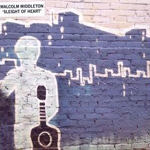 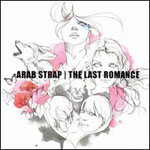 Towns On The Moon EP

Making good on the most nail-biting tryst since Cybil Shepherd and Bruce Willis started Moonlighting, Mogwai’s Stuart Braithwaite and former Arab Strap chap Aidan Moffat have at last gone further than just guesting on each other’s EPs and forged one all to themselves. Devout followers of the Scottish post-rock scene will know that, once upon a time, there was a previous attempt at joining forces—the short-lived but quick-selling Sick Anchors programme—which threw a curve-ball to the legions dreaming of divine monoliths by instead covering Atomic Kitten and the Mills Brothers. Well, as anyone who’s ever seen a sequel would expect, this time it’s personal: Moffat and Braithwaite refuse to make their original material as Aloha Hawaii available on anything other than vinyl. No Myspace, Last.fm, or cardstock CD promo; just good ol’ fashioned phonograph, complete with poster art and A4 press release. Blinkered in the digital age, maybe, but certainly adding to the retro mystique of this elusive junior supergroup, which, over the course of a mere thirteen minutes, show the dazzling havoc it’s possible to wreak with heroes high on Red Kryptonite.

With Moffat’s recent solo material tilting his whispers toward instrumental bias and Mogwai rocking the fuck out on “BatCat,” the fronticepiece of this new joint prototype shows two minds working in parallel. Despite side one’s title, “Towns On The Moon,” the Sea of Tranquility it ain’t: mutilated beats ward off the clonk of melodic mahogany, a hybrid guitar bleating valiantly against whooshes of scorched mayhem. If you can picture a bastard re-imagining of Cozy Powell’s “Dance With The Devil” where Lucifer rocks up in a hula skirt, or, at an even tighter pinch, an extremely hazy twin of Arab Strap’s “There Is No Ending,” then you’ve got a preparatory feel for what lies on the cards here in downtown Honolulu. Rescued from its fledgling aggression by a burlesque piano line which glints like a buccaneer’s smile, “Towns” is a deep and lovely lashing, perhaps wisely protected from a lifetime of insult on insufficient laptop speakers.

Its flipside, the dastardly “I’ve Been Bad For Years And Years,” starts out on more orthodox ground, echoing the trace of Braithwaite’s thought patterns when his band put out “Dial: Revenge.” But we’ve been had—it’s a trap! The frosty horns at the start lead not to Gruff Rhys’ murderous hush but instead to a cluster of sea-mines detonating under Nick Cave’s Proposition theme. As the rustic hulk goes down in a blaze of doom and feedback, you’re given about a minute to swim upwards before the slightly lighter coda strikes, recycling the final ingredient of Mogwai’s Ten Rapid (1997) by playing Side A in reverse.

And that, in the time it takes to a fry an egg or two, is that. There’s always a volatile danger when you get two idols uniting in the studio, it would seem. In Britain it’s almost something of a no-no, with the tragic memories of Mike Skinner versus Pete Doherty on “Prangin’ Out” being filed firmly under taboo. In this instance, however, it’s with a trapezist’s relief that I can report there’s something of a safety net in play. By subtracting the undecked part of the market (for now, at least; a CD anthology is due in the future once the series of ten-inches has wrapped), Aloha Hawaii take the angst of modern-day machinations and render them splendidly in timeless attention, eschewing the need for any necessary explanation. It was genuinely difficult to predict what two of Scotland’s most respected musicians would produce as they began mediation, and perhaps the most fitting accolade I can pay this project is that it genuinely surprises on first listen. That doesn’t mean us everymen won’t appreciate it, though—you just couldn’t walk into a church and start singing it. Not unless the Reverend’s willing to redefine what he means by “amazing grace.”

According to the label there’s only 999 of these babies left. Please consider the elderly when trampling to the checkout.

:: Preview/purchase Towns On The Moon