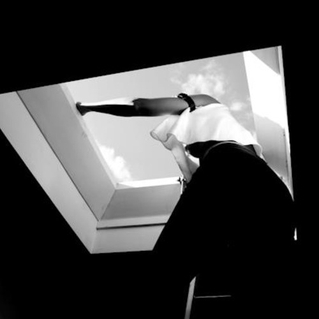 The title track of AlunaGeorge’s debut EP, You Know You Like It, features the line “You know you like it but you’re scared of the shame” at the center of its sugary chorus. If there is any better (or at least simpler) description of the pop music of the influences that the duo successfully ape, I can’t think of it; the appeal of their music is certainly equal measures the manifestation of this influence, and the thrilling shame that comes from freely enjoying it. The three songs present are hook-laden, brimming with a youthful energy, and are delivered with a turn-of-the-millenium sound that is instantly recognizable. Though they may often have the feel of being hastily constructed, the product of a couple hours fiddling on a laptop—their moniker, a simple assembling of their two first names into one, speaks volumes—this doesn’t particularly work to their detriment. The duo compose tracks which hint at pop sensibilities of years gone by, but don’t yet feel labored by the aging process, and so it makes sense that their success is in how these efforts are never overwrought.

“You Know You Like It” is the pinnacle of this approach. Producer George Reid packs the mix full of snaps and starts, Gameboy blips, and a sharp drumbeat to punctuate the wispy synths, giving Aluna Francis plenty of room in the foreground to recite her vocal lines. These are grounded more in reality than the sensuality of her transatlantic contemporaries, as Francis’ hints of sexuality are never distinguished from her decidedly British, innocent enunciation, which makes the sound a little more refreshing. As these hints become more cynical, the bass becomes slinkier, and these accumulated parts coalesce to form a very satisfying whole, a pop song that comes down on the right side of irresistibility.

Remaining tracks “Just a Touch” and “Put Up Your Hands” aren’t without their redeeming factors, but do lack much of the title track’s appeal. On the former, the Timbaland influence Reid cites as important to him is more prevalent, and occasionally stretches to include the kind of zaps and garish keyboard effects Grimes experiments with. The song is enough in the context of You Know You Like It, but is difficult to imagine being noticeable on a full-length. “Put Up Your Hands,” too, strays a little too close to being annoying: the song is a rather melodramatic account of an ex sending hundreds of emails to Francis. It is exactly as interesting as that sounds.

There is certainly potential in the craft of Francis and Reid’s creation, and likely an audience ready for its fulfillment, as the success of other current throwback R&B artists demonstrates. Both have ability, and undeniable charm as a duo, but if they plan to stretch this aesthetic across a full-length, they’re going to need material with a lot more substance—to the point where they aren’t forcing themselves to make every hook on every track feel immediately vital in order to be worthwhile. Exploiting the shame of the pop listener is not a lasting creative premise, and that shame will quickly erode to leave only apathy. AlunaGeorge can still be both pop and provocative, they just haven’t hit on a reason to be so quite yet.