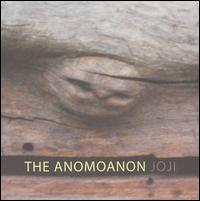 "Should one tear a page?” You, the skittery prepubescent fiddling with your hymnal. “Should one crack a fart?” You, the moist baker in the front pew with stains the greenish color of rust on his silk shirt, around his chin. “Should one seethe with rage?” You, the Sunday school teacher scratching mindlessly at a white patch of skin on your knuckle. “While one falls apart?” You, the choir member, dolled up cotton swab, forgetting your place in the psalter and losing your breath.

Ned Oldham before the congregation, a preacher from a family of well-known preachers, less imposing than his touring, famous brother: “I don’t know why these things make me down and brown,” he sounds, swathed in the twilight of Kentucky dusk even though it’s ten in the morning. His voice, lurching higher and grainier with each word, is joined by a ramshackle choir, cued by the flush in his cheeks. Sudden, struggling silence; Oldham raises a gnarled fist and the sins of each church-goer come pouring out of their mouths in biblical waves of locusts. The effect is effortless, like a brief harmonica slowing, tripping seamlessly into a shrill organ line. At once, the prepubescent and the baker, the teacher and the wife stand up, caricatures of horror pushing for the exit, trampling the carpet of locusts. Oldham is placid, framed by a viscous black crawling up the stained glass of the tiny chapel, and he’s humming one killer Neil Young riff.

Out in the sunlight, bombarded by a day perfect for a brunch picnic, the congregation settles down and writes off the events of the morning as eschatological sideshow. Didn’t they see all this done by Jerry Falwell on PAX? They forget those sins that just drove them to madness and they wait for Oldham to come outside so they can pat him on the back. It’s as tradition calls for.

This is “Down and Brown,” the opening track off of the Anomoanon’s latest LP, JOJI. It’s an incredible lead-off, structured with the simplicity of a muddy, gothic hymn. A jilted, jealous guitar spins against light cymbals and Oldham’s fire-and-brimstone warble. Throaty voices fall in and out. A greasy electric guitar solo would be danceable if it didn’t shoulder such thick sadness, if it didn’t unravel and funnel out beyond Oldham’s and Aram Stith’s precise pace. But shit, this sounds so remarkably like Neil Young (Era? Take your pick. You’ll probably be right) that holding this song aloft, showering it with praise, feels, well, sinful.

Treading similar ground from 2002’s Asleep Many years in the Wood--their first solid recording after a “fairytale” misstep in attempting to craft songs around Robert Louis Stevenson poems--and 2004’s more psychedelic The Derby Ram, the Anomoanon return with traditional folk-rock outings that reek of Workingman’s Dead (1970) and the musk of Jerry Garcia’s beard.

Past “Down and Brown,” Oldham ditches his red-eyed pastor persona for a fashion show through classic rock standards. “Leap Alone” spends two and a half minutes in harrowed, cascading cymbals and bedside confessions, a well-timed coda for “Brown’s” excellent brew, but the song quickly picks up into a Grateful Dead pussyfooting exercise. Oldham’s short séance—nay, tribute—for Jer-Bear has a suitably whimsical vocal melody, but once again, one can’t help but feel a tad dirty in finding this song satisfying.

Oh, it continues. “Mr. Train” is a mediocre send-up to the Brothers Allman: sleighing through a Louisiana swamp, the Anomoanon wink at the crocodiles singing along to sugary vocal harmonies. “After Than Before,” an instrumental that slides a Led Zeppelin cover band (their favorite album is III) behind a retread of “Train’s” restrained egg-and-bacon Allman hemming and hawing, displays a great deal of talent in timing for Oldham, Stith, Jack Carneal, and Willy Maclean. The song ends before it settles into a boring putz, sidling flawlessly into “Wedding Song,” a ten-minute psych-country opus as much Sun Kil Moon as Bob Weir (denim pasties and all). Despite obligatory comparisons, the Anomoanon carry the long running time righteously, focusing the breadth of the song within overtly logical pacing rather than pushing any kind of prog-rock agenda.

“Green Sea” suffers from its bland pace, the first downright boring cut off JOJI. Is it Wilco? No, more like Uncle Tupelo. What the song does do well is steer the listener back through Tweedy history, helping imply a heady does of CCR in the front man‘s catalog. “Nowhere” and “Bird Child” are unfortunately placed next to one another in the listing; their almost-identical beat and doppelganger attitudes lop off the effect such brawlingly fun songs could have between “Mr. Train” and “Green Sea” or even between “After Than Before” and “Wedding Song.” It might seem futile to discuss track sequence, but on an album as short and disturbingly steady as JOJI, the end leaves the listener off balance. From “Down and Brown” on, JOJI skids awkwardly downhill, dumping its bits and pieces of classic rock Americana into a blank, dissatisfying silence.

Regrettably, I’d have to say that one of the strongest abilities of the Anomoanon is their subtlety. Moments like the harmonica morphing into the keyboard in “Down and Brown,” Satan singing behind Oldham in “Leap Alone,” and scattered electronic crackle in “Nowhere” seep into the mix beautifully, adding a heft to Oldham’s and Stith’s songs that is rewarding. I say “regrettably,” though, because the way the Anomoanon resemble their classic rock influences is anything but subtle. Every track can be tied with a kind of sibling awe to the idols of the past. It’s exhilarating at points, listening to the past forty years of rock and roll history splayed across the floor like oily sin, but the similarities are often too shocking to be fully tolerable, and, personally, I couldn’t help but be irked. With the reverence of a backwoods Baptist sitting up straight in a pew, I’ll tip my hat to Ned Oldham'’s meticulous songwriting, but I’ll be damned if I’m not going to talk about him snarkily in the parking lot.