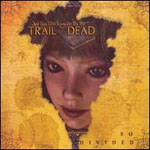 ...And You Will Know Us By the Trail of Dead

My contract law professor assures me that if one were to put a layman into most situations which require the determination of the legal rights with respect to a contract they’d “get it right.” That is to say, based on social concepts of fairness and morality, they could correctly allocate legal faults and rights, they just wouldn’t be able to tell you the names of the reasons why they think so. To someone who will likely spend decades of his life worrying about how to pay for law school this thought is embarrassingly galling.

I mention this because I was recently accused of being a “musical elitist” by a classmate. This is not, as one might imagine, the first time in my life that this has happened (although this time the basis for the accusation was my righteous scorn for sub-muzak “orchestra” Manheim fucking Steamroller). I don’t take these accusations personally (Manheim Steamroller-based or no) because this person is exactly right, I am a music elitist, though not in the way that he thinks I am.

I am not of the belief that certain people are too stupid to listen to the music I hold dear. I do not horde my favorites and decry them from the flannel-strewn indie depths when they have the audacity to be played on the radio. On the contrary, I think good music, while often subtle and layered and complicated, emits a low frequency vibration that can be felt in the spine of just about any mammal. It may take repeated listens, they may need to get acclimated for a moment and adjust to song structures that are not purposely cloying, needlessly repetitive, produced in a vacuum, or utterly without content; but eventually they will feel their vertebrae hum and they will know that music can be more than something we accessorize with. People who deny this truth in favor of endless digression into the still more obscure are chasing the ghost of their superiority complex, like a law student bummed out by the fact that even a firm grasp of future estates doesn’t prevent his Venn diagram circle from overlapping that of John Q. Public.

No, I am a music elitist in a very different way. While I am content to let listeners swim as far out into the tonal breakers as they dare, not every artist is welcome in the deep end of the pool. That’s right, … And You Will Know Us By the Trail of Dead, put your water wings back on. The group’s newest release So Divided finds them fumbling at the bra strap of, ugh, artistic expansion with an album so segmented as to warrant throwing another “So” in the title, or maybe modifying it with a “totally” in the middle. This loosely associated collection of songs isn’t even the logical extension of some of the more unwise artistic wanderings of Worlds Apart (2005).

First, an introductory note: if you’re going to attempt to ratchet up the listener’s anticipation of your album by tacking a separate intro track onto the beginning of it:

1) Make sure that it’s worth a damn as a standalone or,

2) Make real sure that what it’s meant to introduce will be improved in some way by me delaying listening to your album for the second it takes me to hit the “next track” button on my iPod. Seriously.

So Divided relies entirely on pointless excursions like this, padding the track length with anticipatory noodling. I’m not sure what it is about jamming a fucking drum march interlude into an otherwise enjoyable rock song, but this is the third album I’ve reviewed this year that has done it, and if this is going to become a trend I’d like to register my complaint on the record right now. Whatever you think this is adding to your music, it isn’t. It is, however, needlessly prolonging your songs while disrupting any sense of melodic cohesion or forward progress that you’ve managed to generate thus far.

But these compositional half-assings don’t register immediately; the first striking thing about this album is how clean it sounds. The guitar on “Stand in Silence” is a melodic vacuum-cleaner hum roving contentedly up and down a simple riff while the percussion of Conrad Keely, still the band’s strongest asset, provides the boundaries for this Rhoomba to bounce off of. “Stand in Silence” isn’t quite the TOD you know, but it is not quite as befuddling as the shit that comes later. From here on the band shuffles through genres like a kid trying on his mother’s shoes.

There’s a mid-album sag on So Divided that veers recklessly close to adult contemporary music, and that’s not an accusation I throw around lightly. That’s where Sting lives. That’s the pasture that we put the Backstreet Boys out to graze in. Even worse, Trail of Dead don’t manage to completely claw their way out of this jazz-horn infested K-hole for the rest of the album, which is beset on all sides by silly instrumentation choices. I mean, I’m pretty sure there’s someone tickling a mandolin low in the mix on “Life.” And even if it’s not a mandolin, even if it’s only studio effect, it sounds like a mandolin.

For sheer disarming shock—and this is a crowded field of competition on So Divided—nothing matches the wattage of major-keyed “Eight Day Hell.” This is not a terrible song in and of itself, a bit sunburst redolent of the Polyphonic Spree, but to hear it in the context of a TOD album is, well, befuddling. It took me six close listens to figure out that this is the best song on the album. Guided By Voices cover “Gold Heart Mountain Top Queens Directory” is relegated to the position of a glorified intro to the album’s title track. Had I the requisite six years necessary to become a GBV fan, I would know whether or not it sounded so pointless when Bob Pollard sang it. On “Witches Web” Trail of Dead just decide to straight up become Oasis.

A postlude: One of my absolute favorite rock songs on the planet is Source Tags & Codes’ (2003) “It Was There That I Saw You.” This is not a complicated piece of music, not lyrically, not structurally. What it is is a surging juggernaut with a hard-on and a skyscraper of amps that spit blue flame. When that song slows down it isn’t because they’re trying to complicate anything, it isn’t to add texture, it is to let you catch your breath. I have injured myself to this song on more than one occasion. I have injured venerable CMG editor Clayton Purdom to this song; and if you, dear reader, had the misfortune to be in the same room with me when this song was played, I would injure you. There’s a lesson in this: if you’re going to have a song structure whose simplicity borders on stupidity, that song must fucking rock, because aimless meandering is not less noticeable when it’s confident, it’s actually worse. I suppose technically there are two options here: either write more complicated songs or keep fucking rocking. TOD have proven conclusively now that the first option is water deep enough to drown them, so fuck it: let’s keep makin’ tsunamis in the kiddie pool.