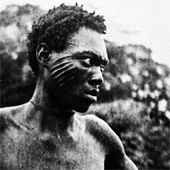 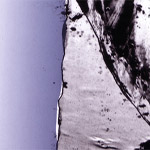 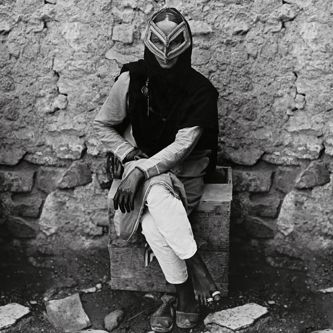 Forget “ambient techno.” Call this “Ambien techno.” Techno which drags you down, willing or not, into its slumber, unsettling dreams causing limbs to involuntarily twitch like some kind of grotesque afterimage of a club, gasps of breath occasionally punctuating an artificially-decelerated heartbeat, hands of a lover alternating hot and cold like a surgeon’s gloves that have been to both the deepest interiors of your body but also grasped icily-sterilized instruments. Consider that the first track, beatless, is called “Submission” and that it sounds like the stylus running half speed through rusted metal and overgrown weeds. Ambient allows you to dream at your own pace; here Stott issues a command—We Stay Together—and expects you to follow his glacial pace.

Not that the album doesn’t carry its own intoxicating pleasures. After “Submission” you get a mostly uninterrupted stream of 4/4 minimal beats, like a funkier version of Gas with enough off-beat loops to at least provide the suggestion of momentum rather than just spatial dispersion. And yet everything is subversive in some way, all exposed frayed wires and loose contacts. If Wolfgang Voigt’s space was the bowels of an endless forest, Stott’s is an abandoned industrial complex, dank puddles and concrete staircases to nowhere, faint footsteps and microscopic drips amplified to an almost deafening level.

Occasionally it literally sounds like European techno turned inside out: on “We Stay Together (Part One),” a bumping party is happening next door, but your pathetic self is left ear cupped against the wall. For “Cherry Eye” you’ve finally made it to the dancefloor, but the strobe light only flashes every ten seconds and your brief glimpses of people reveal everyone dressed exactly like that dude on the cover. This record has a way of making you feel alone and alienated even in a crowded room.