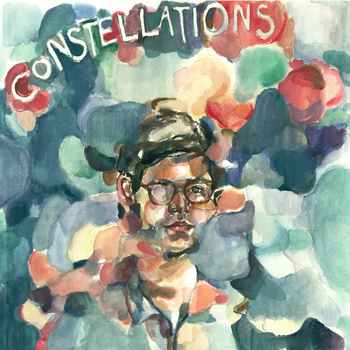 Dylan McKeever, the unlikeliest male kindergarten teacher since Arnold Schwarzenegger got sent to Astoria, is back (also like Arnold Schwarzenegger), and armed with more effective weaponry than two shotguns and a wide pair of Ray-Bans. His band’s 2006 debut, The Penguin League, was one of bedroom pop’s most enduring moments: McKeever recorded the whole thing directly into his laptop, and won a shedload of praise when people heard the finished product—in many cases having to remind everyone that “No, this isn’t a Belle & Sebastian album.” It wasn’t that McKeever had a production phobia—you’ve only got to hear his music to see he’s clearly the Gene Kelly of angsty pop-rock—he just couldn’t raise the cash/time to take his whole band to the studio.

That was four years ago, and thanks to a gentle but steadily increasing fanbase (plus a dastardly win-the-instruments scheme) Antarctica Takes It! now have a producer: McKeever, but this time sans laptop and with access to recording equipment that requires a whole room of its own. And a building. And a sound engineer.

The fact that Constellations‘ studio development hasn’t ironed the kinks out in no way makes it a failure; nor does it make it feel any more drab than the screwball antics of its predecessor (in fact, try finding anything released on How Does It Feel To Be Loved that sounds even halfway close to drab). It simply sounds like an Antarctica debut should have from the start if a producer would’ve got behind them—and therefore, by extension, a little bit tragic. However, that tragedy’s taken on the enthusiasm of McKeever’s band, whose mix of ukulele, guitar, tambourines, and xylophone mimic perma-happy Brooklynites the Drums, except with surfboards exchanged for garden furniture.

Almost every track here’s a single, and if you let the spirit of Bay dreams envelop you, you might just run out and buy a patch of swampland. The clues are all there right from the title track, where you’ll find one of the most time-honoured songwriting tactics successfully in operation: boating and optimism. “I’m going to navigate / Every waterway / Yes, for each passing ship / A giant cargo freight,” chirps McKeever, the drums, strumming, and bass as nutritious as home-prepared health food. Even when he gets lost in gales and capsizes due to bad stargazing, Constellations remains frisky, skipping on the spot while Davey Jones tries to drag them under the water. At one point, on actual, planned single “C&F,” the players are so determined to make you move they feed you dance step instructions set to the stomp and endless confetti of a number from a good Glee episode. From its Iggy Pop bass line to the violin payoff, only the footless won’t start tapping their toes. This is Belle & Sebastian from a country with good weather.

But like Belle & Sebastian, Antarctica don’t entirely shirk away from the gloom. McKeever’s cracked voice is frailty made solid, and when he pushes it right to the front of the mix—as he does on opening track “Bossa,” mixing fluffy melodics with coronary nightmares—his Brett-from-Flight-of-the-Conchords sweetness shines like a kid with no teeth. “Voices” shields his gappy croon with Maria Schoettler on backing, the harmonies so smooth it could be a Huey Lewis & the News track. Huey might even consider bringing suit himself if it weren’t for the likes of “Straight To Your Heart,” which prove that Antarctica actually stole their formula from the Pipettes. Or maybe Isobel Campbell. Or maybe Burt Bacharach after a midnight nervous breakdown and helium accident.

Whatever you think of the influences, McKeever once again fuses them to forge his own special species of indie duckling, drawing fire from some unlikely places. If you thought no one had the balls to steal a Bachman Turner Overdrive riff, you’d be wrong: guitarist James Rabbit liberates it in a heartbeat, almost as soon as McKeever begs of him, “Come on / Give me some lightning” on “Thunderstruck.” It’s about the coarsest twenty seconds you’ll find on Constellations, which, on reflection, is understandable, because if they’d pushed things this far on The Penguin League the sound card would’ve crashed and overheated. The sequel they’ve come up with still shares that fragile outlook but arrives filled with bigger beans, each bean granted additional leg-room thanks to the wonders of engineering. That’s a good way to view the first Antarctica studio record, actually: a hiker who’s just got his license. This year he’s going to do 17,000 miles. Next year, 16,000. The year after that, his insurance goes down. Hopefully he’ll never crave a Porsche.