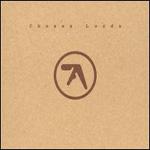 There are two characters connected with Aphex Twins’ music that spring immediately to mind at this, post-Analord point in Richard D. James’ discography. The first is the purposefully belligerent DJ standing arms crossed while his needle skips horribly over a spherical cutout of sandpaper, the practical joker who refuses to comply with the vision that nineties techno would deliver the next major cross-market coup. This is the Richard James who released a comatose second volume follow up to his universally lauded Selected Ambient Works, who pioneered and then confirmed everyone’s fears of how drill-and-bass would sound; Of hideous, mutated versions of his face on children and bikini-clad car washers. He who, by forfeiting the reins, allowed the Prodigy to become the “next big thing” in predicted music trends. The second character is connected to Aphex Twins’ late-nineties renaissance represented by the Come to Daddy and Windowlicker neo-goth EPs, presenting the character of James as prescient visionary and a natural extension of late nineties grunge-cum-electronic resulting from Trent Reznor’s increasing isolation from pretty much everybody. Today, and further evinced by Chosen Lords, a glimpse at Aphex Twins’ catalogue will only confirm the presence of this duel personality: whenever confronted with the possibility of making the electronic movement a marketable power-player, James has consistently swung back the other way to release something astoundingly mulish and difficult; Whenever he seems posed, teetering on the edge of self-imposed obscurity, he reminds us of his relevance.

Remember that Chosen Lords, which contains some of the more manageable compositions of James’ recent career, was borne out of an unnecessarily complex release scheme involving 11 installments of 12” vinyl singles, a collector’s case and, in perhaps the most eye-rolling move, a name change to “Analord.” (Remember, too, that it follows up 2001’s gargantuan and impenetrable monstrosity, Drukqs.) This time, however, the imposed unorthodoxy just might be the move of an apologist - Chosen Lords, while only presenting a scant ten songs from the massive 40 song Analord library, is something of a concession, consistently establishing a throwback groove citing James’ acid techno days. Which, again, invites duel interpretations: If the Analord singles had their more difficult moments (and they did), is the recognizable, touchbase nature of Chosen Lords yielding to something for the nostalgic? Or is it instead a masterful selection from an otherwise wild landscape of obscurists’ fetish property and buried vinyl bins? Either, and both, may be true.

In some ways, Chosen Lords is even more accessible than the music for which James has become known. While the album’s tempo unswervingly threads each track closely in what might actually constitute a dance mix, even more distinctive is that Chosen Lords also lacks the many vocal samples which twisted themselves between the beats of the Come to Daddy EP. There are no monster screams of “I want your soul” lasting far too many bars to be easy sensationalism, or man-child Faulteroy taunts. Gone completely is James’ Cheshire Cat playfulness and, in its stead, are frank 4/4 beats and ambient swashes of color. In fact, Chosen Lords is probably best described by what has been stripped from its exterior, citing instead of James’ drill-and-bass excursions his still-relevant and highly-listenable first volume of Selected Ambient Works. Though obviously more acid techno than ambient, this particular Analord selection mouthlessly renders pieces of James’ touchstone periods together.

The problem being that because the lovely “Flim” lay between the unapologetic “Come to Daddy (Pappy Mix)” and “Come to Daddy (Little Lord Faulteroy Mix),” it became a favorite by contrast alone. Chosen Lords enjoys no such contrast: each of its ten tracks hum along in unobstructed harmony, rarely breaking from their mould. James adds and then subtracts layers of melody, and occasionally of rhythm, but never smashes the album’s monochrome facade. This is acid techno in more than just name – the snare tones and keyboard pizzicato exemplified by “Pitcard” are dated, though accomplished, homage. The robot blips, breaks and bass drum drop-outs are standard fare utilized by every DJ emulating, ironically, early Aphex Twin work. In fact, beyond the more memorable opening melodies heaped onto “Fenix Funk 5” and “Reunion 2,” much of Chosen Lords from “Crying in Your Face” on through, impeccably executed as they are, also have trouble finding purpose in the face of their monolithic forumula. “Boxing Day” or “Cilonen,” presented as singles or listened to obsessively by fans might be worlds unto themselves, but here they’re lost.

Chosen Lords is a selective revisiting of not only of James’ varied, respectable and (more importantly) complete Analord digression, but also provides a convenient go-to for every listener and critic who’s spent the post-Drukqs years pining for a return to less writerly pastures. Not to be considered a substitute for the Analord series in its entirety (box set, Richard, please), Chosen Lords is still a nostalgic, fun listen for longtime fans and suitable point for new listeners to become acquainted with Aphex Twin’s twisted catalogue.