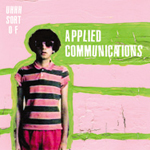 The artist who uses his (purportedly) most personal and profound life experiences and observations to contribute to his/her music can be called “confessional”, “sincere”, “honest”, or “heartfelt."

Mirah did something like that on C’Mon Miracle. At a time when the world was just keying into the pervading threat of global terrorism, when one million twenty-something Americans with really expensive (yet bulk) life insurance policies were screening their calls, and when Jennifer Capriati thought it politically/promotionally astute to enter courtside to “Bombs Over Baghdad," Mirah Yom Tov Zeitlyn, an artist with family ties back to that other part of the Middle East, writes and releases “Jerusalem” to remind us about that other war (and, at the same time, reinforce Moz’s statement that “America Is Not the World”). Mr. Moore could have his laudable Presscapades. Mirah took a minute to remind us that “the only show in town” isn’t always or necessarily a global event, and that sometimes global events should be shown in town.

The Arcade Fire’s story is probably the most-recently publicized example. Win and Regine suffered family losses during the recording of an emotionally-intense album. These events emotionally intensified the album a little more, possibly provoked marriage, catalyzed indie rock mythology, yet never guilelessly overpowered nor drove the album on a “we have lost, and loved, here is our document thereof” basis. The music did that all by itself, instead. And you’ll rarely see the band dwell on circumstance in order to contribute to their own mythos.

Also to wit: one of the greatest hip hop songs of all time, “They Reminisce Over You” by Pete Rock and C.L. Smooth. “T.R.O.Y.” was inspired by, but never mentions (a brief ad-lib aside), the passing of Pete Rock’s brother, Trouble T-Roy. Instead of presaging Diddy’s “Missing You," C.L. imprints his neighbourhood and youth on the listener’s imagination, introducing his aunts and uncles and siblings and barber, thus detailing the connected dots of his own life up to the point of the song’s release, and thereby forcing the listener to confront what the loss of a life means to a tight-knit community. And while we learn all about C.L., Pete Rock’s haunting choral-soul vocal and horn loop remind us of the song’s dark inspiration, the end result being a glorification of life that more-poignantly communicates the meaning and impact of the dedicated’s passing than any ‘ode to’ ever could.

The above are, in my opinion, examples of “honest” confessionalism in popular music.

The question now is where does Maxwell Wood fall in?

Max Wood, 18, from Florida. Child of a single mother who recently passed away.

His album supposedly documents his ‘teen angst’ (publicist’s words) and emotions resulting from the loss of his mother, as well as the general shit that any teenager has to go through.

Now, I realize that I, as the “reviewer”, risk walking a fine line here. And I should say that, before I get into the ‘criticism’ of Wood’ album, I in no way intend to marginalize the seriousness of the misfortune suffered by Wood, or anyone who loses/has lost someone close to them.

But I have problems with this release.

Wood intends to promote the album by giving a performance at his mother’s gravesite. His video portrays him wearing flesh-tone athletic underwear with a reasonable facsimile of a vagina attached to the crotch. In the video he gives birth to a plastic baby doll, afterbirth flowing out into the wading pool in which he sits.

The question: How is the audience to receive an album that expressly comes packaged in the context of an event as tragic as the artist’s mother’s death when that context is provided via crass, publicity-generating, quasi-exploitation of circumstance?

Well, the critic suggests certain things, plants the idea in his reader’s analytical mind, and then dances around the entire issue, like this:

Most tracks employ drum hits that have been out of work since Black Box and Technotronic graced ghetto blasters in grade 7. One of the breaks from “Groove is in the Heart” appears on “It Bothers Me It Bothers You I Snore”. Wood’ sample choice is a saving grace at times, with odd, filtered strings and even flight-of-the-bumblebee type clarinets popping up, but the pleasant hum of insect wings can’t match the squelp emanating from a stung teenager. Wood’ words are therefore the only real brain-staining remnants you take away from Uhhh Sort Of.

So, while Wood is entitled to do whatever the hell he wants with his memories, I don’t think I’m overstepping my bounds in saying this album, to some people, of certain persuasions, could, arguably, given the right climate, and depending on what they ate that morning, possibly, depending on any number of variables, come off as somewhat tasteless. Since, in effect, he’s overtly using personal tragedy to channel adolescent cynicism and sarcasm, and he’s wearing it on his t-shirt sleeve. Insofar as that makes for music I can get behind, well, it doesn’t. Especially when, for the most part, his drums suck (that last bit should be revealed as my attempt to provide an “objective” reason for not liking this album, which is the backbone of any good review, which is why I snuck it in like that).

Insofar as there’s a glimmer of a forward-thinking, worthwhile mind-grinding behind the sympathy pleas, tragedy-bait, and cheap tricks: I can certainly acknowledge that yes, maybe. OK there is, but I’m not happy about it. How do I swing the love-hate? Were I a sixty-something relative of Wood, I would smack him for being disrespectful to his elders. However, the wee twinkle of teen angst that I keep on reserve, buried in my libido for hip hop shows and wing nights, likes kiddo’s take on things. Sure, his points aren’t necessarily ground-breaking, but it’s nice to see some theory-of-life come through in a unified, cohesive work, even if the unified, cohesive work has shit drums and an annoying brat screaming at you. '“E” for “Effort,"' in other words. And here’s why: listen long enough, and you find out that Max Wood thinks these four things:

1. Pop music has the capacity to cheapen life experiences merely by packaging them in pop songs.

2. Pop music draws its subject matter from a narrow range of human experience that does not approximate what anyone goes through on a decent day, let alone a [really shitty] [time period]. Therefore, mass gravitation towards pop music can lead to a culture tricking itself out of its own emotions.

3. Mass culture’s approval of these “pop songs” as cultural touchstones will likely, in a thousand years, add the adjective “Superficial” to the list that includes “Ice”, “Bronze”, “Industrial”, and “Renaissance”, possibly stomping out the latter.

4. Basic “small talk” interaction is built on one person finding ways to make the other feel like they are approved of. For example, when Person X says: “So, what do you do for a living?”, and Person Y responds: “I’m the person who puts kittens to sleep at the SPCA”, Person X, under international law that says you have to be nice and likeable, only has these options: “Hey! I had a kitten put to sleep once!” or “Controlling the pet population is very important!” or “Well, I’m sure you’re really good at it!”

Drawn-out conclusion: this is abrasive, jarring stuff. It’s amateurish, harsh, artless, unpleasant and immature. But this is also the only type of record that’s going to force its audience to actively consider why it is “just so wrong” (but on purpose) in the first place, the same way a kick in the crotch reminds you to be thankful for the ability to reproduce (briefly). When, on album closer “point oh seven”, Wood exclaims “I have a point / I have to live / I cannot die!” over thirty times, you start to see how one person’s initially life-affirming squeal can be whittled down, through robotic repetition, to the miniscule size of a morning pleasantry, a radio code, a “yankee…hotel…foxtrot”. There is a nugget of meaning here.

Wood is fed up with social homogeny, and demonstrates his frustration by boring his audience to death with energetic, honest, exuberant pleas for existence and purpose which gradually lose any meaning whatsoever, just because we’ve heard them so much over a given period of time. Uhh Sort Of turns the listener into a guinea pig in a social-desensitizing experiment, and tells the listener that pop songs about lust, and that phrases like “how’s it going”, potentially do the same thing. And then, worst of worses, balls-out, Wood repeats the exercise with this holy phrase: “I love you”. And since, at this point, we’re all mesmerized by the way this know-nothing teenager just evoked the mindless telephone-talk of the last months of most of our past, soured relationships, we collectively think: that tricky little bastard.

What I’m trying to say is that this kid has something to say. It’s just unfortunate that, due to that something’s very structure, you can only suffer to sit through it once.