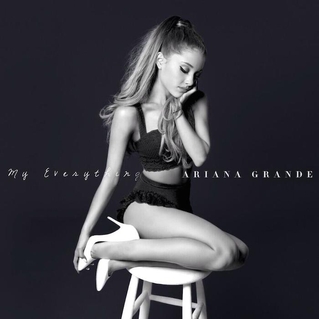 Ariana Grande: My Everything 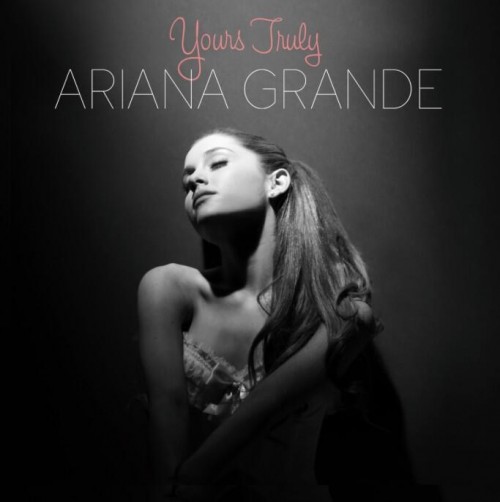 With every new episode of Sam & Cat, it becomes easier to imagine the bigwigs at Nickelodeon as nefarious, hand-wringing wicked stepmothers to Ariana Grande’s Cinderella, forcing her to say increasingly fucking stupid lines (“Look at this cute dog! It’s named Dang-er!” “That’s Danger.” “Where!?!”) before she inevitably soars into full-blown pop stardom, which, by all rights, should be pretty soon. Grande’s incredibly easy to root for. She’s got crazy pipes, for starters, recalling Mariah Carey as she riffs all over nearly-sexless R&B that plays directly into a carefully cultivated chaste image. She’s also just so damn likable. Peep her Fallon performance where she rings laughs out of an antique rap-lyrics-sung-straight gag; it’s an easy joke buttressed by Jimmy doing his best “please laugh” face, but the real appeal is in seeing Grande unleash a solid belt of “Thrift Shop”’s “This is Fucking Awesome!”. It’s a chuckle-worthy step towards the PG-13 realm from a girl who exudes family-friendly charm.

What really makes Grande exciting, however, is the confirmed jam she’s got under her belt. “Baby I” is a hyperkinetic slice of pop gold rivaled only by “Body Party” for R&B song of the summer. It has about eight zillion hooks that draw from two decades of dance-pop, including, a “yeah yeah yeah yeah yeah yeah” line that recalls early Britney Spears, a sixteenth-note vocal run straight out of Destiny’s Child’s playbook bolstered by get-the-fuck-up synth-horns, and a key change that affords the opportunity for Grande to hop into that Mariah-esque falsetto. It’s the kind of song that can tower over a record, which it totally ends up doing in regards to Yours Truly, a relatively safe debut where much of the takeaway is the salivating at Grande’s potential.

But what potential! Grande handles cheese with a deftness sharpened from years on Nickelodeon sitcoms. Yours Truly may be almost aggressively saccharine—and yes, “Popular Song,” which nicks Wicked and heavily features Mika, might be twee enough to elicit unbridled hatred—but it’s hard to deny schmaltz-baiting tracks like “Tattooed Heart,” which, with its I-vi-IV-V chord progression and three-quarter time signature, probably did not need the lyric “I wanna say we’re goin’ steady like it’s 1954” to make explicit what decade its producers were evoking. Grande sells it, dynamically leaning into a doo-wop chorus that’s pure ear-candy. Credit to Yours Truly’s various producers for allowing Grande’s voice at least one star turn per track. Grande’s skills help gloss over less dynamic songs. For example, “Lovin’ It” is about as dynamic as its title suggests (which is not very), but the angelic riff Grande lays down at the 2:20 mark leaves an impression that carries the record through a less remarkable middle section.

Yours Truly stumbles when it bows to pop conventions. Twice the record drops an out of place “if you wanna party, put your hands up!”—once on early album clunker “Right There” and again on the closer “Better Left Unsaid,” a track that disappointingly resorts to clanging pop-dubstep when the record had so refreshingly avoided the tired banality until that point. Both rap features smell like shoehorns; Big Sean tones down the nasal sleaze but still proves an unwelcome guest, and Mac Miller just gets in the way, fittingly enough. Clichés like this sound like the result of insecurity, an unwillingness to trust that her debut could succeed without some radio-friendly bullshit, which suggests that the right collaborators could give Grande the stellar album Yours Truly flirts with being. (I’m looking at you, Mike WiLL Made It.)

Not that Yours Truly isn’t radio-friendly enough as is. The radio is where Grande wants to be, as she coyly declares on “Piano,” a song that mocks the sad, piano-chanteuse cliché with the lyric “I’d rather make a song they can play on the radio that makes you wanna dance.” This she does with varying degrees of success on Yours Truly. In addition to “Baby I” and the much lesser “The Way,” this record has its fair share of good singles lying in wait. “You’ll Never Know” serves as a sequel to “Baby I”’s uptempo bounce and sole ballad “Almost is Never Enough,” a duet with not-John-Legend crooner Nathan Sykes, overcomes the shit lyric “If I could change the world overnight, there’d be no such thing as goodbyes” to become the record’s only successful collaboration. Still, underneath “Baby I,” these songs are footnotes that, while good, lean more towards being demonstrations of range rather than stellar tracks in their own right. Yours Truly is defined by what it tantalizingly isn’t, which is pop bliss deserving of a real talent. As an announcement of a rising starlet, it does its job admirably, laying the template from which a powerhouse could emerge down the road.