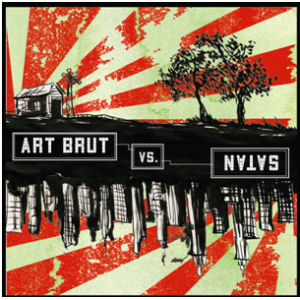 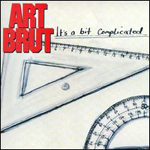 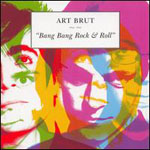 Of all the blokes pillaging post-punk tunes these days, no one on either side of the pond is having as good a time with it as Art Brut. Sure, the Futureheads have been known to half-sneer some biting, sarcastic lines, but nothing they’ve done approaches the winking, twinkling snark of these lads.

Proud papas of one of 2004’s most mind-numbingly head-bobbable singles, “Formed a Band,” the boys Brut have followed through with an album that not only rehashes said hit single for all it’s worth (as the opening track, no less), but consistently ups the ante and keeps the simple hooks and seering sarcasm coming at full speed. It’s an album that mixes the feel of early, just for the fucking-fun-of-it '70s punk (think Buzzcocks, Clash and Ramones) with the distinct British sense of humor of someone like Mike Skinner or Mark E. Smith. Blur’s “Parklife” (the song) is also a major touchtone, namely the snarky Brit vocals of Phil Daniels. Sprinkle in a healthy dose of immaturity, and it all adds up to blatantly catchy, deceptively simple wannabe-clever, can’t-help-but-be-cheeky art-punk.

The re-recorded “Formed a Band” opens the album fantastically with a driving guitar, and though the song has lost the single’s hopelessly ironic grit in it’s newer form, it still sets the deliriously sarcastic tone that singer Eddie Argos delights in, to whit: “And yes, this is my singing voice, it’s not irony, it’s not rock and roll, we’re just talking, to the kids.” One of the few front men I’ve heard in a while who actually possesses a personality, Argos is a barrel of fun. He makes no apologies for his speak-singing that’s just as apt to bob your head as it is to double you over in giggles. “Emily Kane” is a tongue-in-cheek, hook-packed love-song that was supposedly written so Argos could hook up with his high school sweetheart again. The shocking thing is that it’s actually somehow affecting when he yelps, “I want school kids on buses singing your name, I’m still in love with Emily Kane.”

Not innovating with song structure or even simple chords in any way, shape or form, Art Brut seem content to innovate on the personality and content side of things, in a spirit that seems like a challenge to the uber-sincerity of early punk. It’s not like there are any punk purists left to cringe when Argos spits out his mission statement in the title track: “No more songs about sex and drugs and rock and roll, it’s booooring…. / I can’t stand the sound of the Velvet Underground the second time around.” It’s one of the few times you get the feeling that Art Brut are being serious, as he spends the rest album in a sort of mock-serious post-modern critique of music, art, Britain and love.

Unfortunately, Bang Bang Rock & Roll can’t keep up the fantastic momentum of its first half. Songs like “Fight” and “Moving to L.A.” teeter on the edge of being dreadfully annoying. Here, the cheekiness falls flat on the floor and the band seems naked in its inability to be anything else but the proverbial dude who puts a lampshade on his head at the party. It’s cool when your drunk and yukking it up, but it gets a little tired when you wake up the next day and the dude is still sleeping on your couch with the lamp shade still on. It’s a credit to Art Brut that the album avoids this feeling for the most part. And perhaps the biggest surprise is that songs like “Formed a Band” and the whacky, soaring “Modern Art” still sound fresh, despite being on the air/net for almost eight months now.

It seems like the biggest question with Art Brut will be: is it all a joke? Are they fucking with us? Yes and yes. And that’s precisely why it’s so much fun. While it may unnerve some listeners that they don’t appear to take themselves or much of anything seriously, the mocking, chiding attitude seems to be their manifesto. The band has personality, energy, ambition and cheekiness in spades, and while they may not be making original music just yet, they certainly have a unique approach --- and that’s what makes them worth paying attention to.