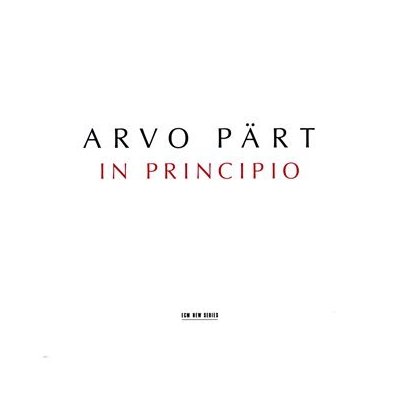 We at Cokemachineglow don’t review a lot of classical records. If we did you might see a heading above for “Composer” and one for “Performer/Orchestra” and I might spend half the review talking about the history of these pieces, how this is their nth recording, and hold aloft or casually dismiss whole centuries of musical style in a way that makes whatever lo-fi garage band is popular this week seem like a footnote to a footnote in the appendix of contemporary music history.

I’d like to have that kind of breadth of knowledge, but I make no bones about being a child of the recording generation, where music comes down to that singular, sacred recording, a holistic object put forth by its creators and never to be replicated. This is of course a deception: remastering jobs are in a way a re-performance of the original work, and it’s safe to say with each new technology for recording and playing music, the album or single becomes recontextualized and something new is created. I think the point is we (and by “we” I mean people with borderline-asocial music collecting habits) want the recording process to be integral to the artwork, and classical music—for which recording technology is still relatively newer history—is often perceived as treating the recording as merely a necessary evil to distribute the music.

In Principio isn’t entirely a case of a slight tweak on old material, with many of these pieces never available on disc before, and the whole thing given a sense of unity with the orchestra of Pärt’s own home country, the Estonian Philharmonic Chamber Choir. Nor is Pärt immune to the influence of modern composition, having started his career as an astute student of serialism. Nor will this recording on ECM—that bastion of ultra-modern, mostly-European, sumptuously-recorded jazz who also launched Pärt into the international spotlight with Tabula Rasa in 1984—escape the attention of experimental music fans. It didn’t pass me by, and I don’t consider myself a classical music enthusiast. But, and especially at this point in his career, Arvo Pärt is still of closer kin to Tschaikovsky and Bach than Steve Reich or Philip Glass, at the most finding the minimalist spirit of the latter and applying it to traditional choral/orchestral forms.

And even if these pieces are new to most, including myself, their original purpose was something far more lofty than a 70-minute disc. Whether commissioned for extravagant ceremonies like the Turin Olympics or Rome’s jubilee or as a response to the 2004 train bombings in Madrid, Pärt reaches across the history of Europe with cinematic scope. Still, even if the music invites epic displays of history and human tragedy, it’s kind of disappointing in its own way that he’ll probably be best connected in popular consciousness with There Will Be Blood (2007) and the rather heavy-handed Sept. 11th scene from Fahrenheit 9/11 (2004). To these ears, his music seems a lot more humble than that.

Pärt’s music is largely based on his concept of “tintinnabulation,” derived from the Latin word for bells, which emphasizes individual notes, silence, and an even tempo. Dynamic shifts abound, but considering the amount of space employed the crests are like waves in a vast sea; the violence is as certain as the ensuing calm. This is evident from the first track, which finds a choir singing single notes and the strings ascending rapidly into silence which is intermittently broken by violent brass. “In Principio Erat Verbum” (“In the Beginning was the Word”) is the opening of the Gospel of St. John, which talks of “bearing witness to the Light.” Again, this strange sense of whole time periods passing in seconds, just as John retraced the moment of Genesis to the arrival of Jesus in just a few passages—“the voice of one crying in the wilderness” as the Baptist John declares in the same chapter.

The third section of the suite, “Erat Lux Vera” (“That was the True Light”) may be the closest In Principio gets to minimalism. With voice and strings, Part almost manages to do what a lot of contemporary drone bands have done mostly with electronics: creating long, drawn-out notes that resonate with each other in a way that’s constantly shifting, reflecting Pärt’s belief that his music should be heard differently by every listener and on every occasion. On the fourth section, Pärt combines single notes from various instruments and combines them often erratically, with graceful descending melodies suddenly bursting into near-dissonance and then returning.

The rest of the album is less imposing but no less gorgeous. The 15-minute “La Sindone” is that rare thing in large orchestras, a piece where you can hear every instrument crystal clear. Including the occasional bell that reveal the track’s shimmering core, hence the title, which translates as “The Holy Shroud.” Odd perhaps that the bells aren’t more prominent on the record, considering they’re essentially the inspiration for Part’s fundamental theory of music—though in many ways it’s more interesting when an artist attempts to replicate the sound or feel of one instrument through another. When the track finally gets louder in the last couple minutes it still maintains its even pace, and as a result doesn’t feel overplayed. In this spirit, “Da Pacem Domine” (“Give Peace, O Lord”), the track dedicated to the victims of the Madrid bombing, is the most understated piece here, as if refusing to interfere with the mourning itself.

“Cecilia, Vergine Romana” plays out in an even more unpredictable way, feeling urgent one minute, languid the next, shifting from glory to tragedy in a way that privileges no single sentiment. Incidentally, I gained this impression of the track before I found out it was commissioned for Rome’s jubilee in 2000, the end of each 50-year period in which all debts are forgotten, sins forgiven and slaves or prisoners freed. In Principio is finally a reconciliation; for Pärt and all the political and musical markers which dot the path he treads.