1. God Bless Our Dead Marines
2. Mountains Made of Steam
3. Horses in the Sky
4. Teddy Roosevelt’s Guns
5. Hang on to Each Other
6. Ring Them Bells (Freedom has Come and Gone)

Other Records by A Silver Mount Zion 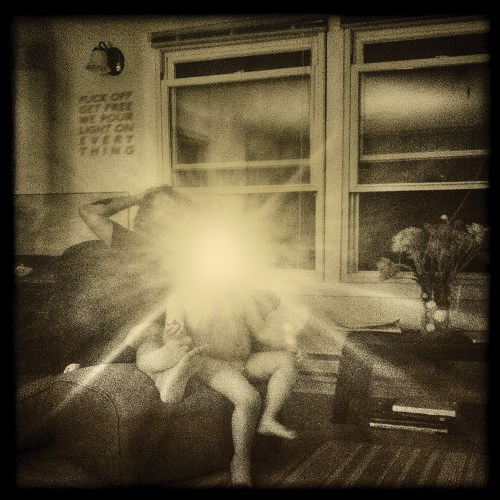 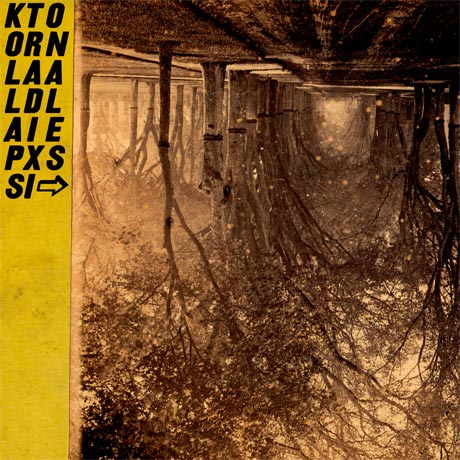 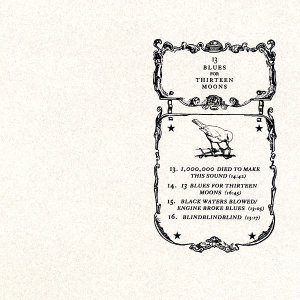 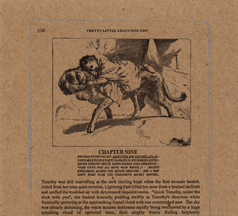 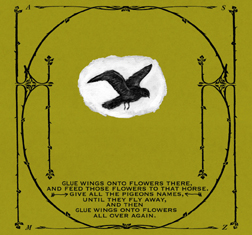 Horses in the Sky

I’ve only been to Montreal once in my life—partly, if you can believe it, to go to an Expos game. My friends and I took the road trip for my birthday, smack in the middle of August, joking that we were baking in the stone oven of Old Town. It got hot enough that we almost didn’t mind driving home with the hole in our window, someone’s gift for the camera left unobscured in our backseat.

Montreal bands generally seem to embody the kind-of poverty that led to our unfortunate smash-and-grab. That goes double for Constellation’s roster—which, it must be admitted, I’m conflating here with Godspeed You Black Emperor! and their many various offshoots. But I don’t think I’m that far off, and I don’t mean simply because half of the records Constellation puts out feature Godspeed personnel. I mean that the blurry, monochromatic pictures of abandoned urban subjects are a perfect visual aesthetic, completely inextricable between label and artist. Like the way the pieces of the Sun Records logo—the rooster, the barn, even the sun-yellow—by themselves convey a kind of Southern Americana that you can hear on the early sides of Johnny Cash and Elvis Presley. It’s more than great music: it’s sound and vision, as capable of conveying place as Joyce or Dickens.

Still, I have a hard time reconciling the storied Montreal cold with the heat on that August trip. I believe it, of course, but not because there have been so many stories written about it. What sells me is the music. The sounds that come out of the speakers on these records can only be made by people intimately familiar with a constant, icy chill. I believe the cold wind in Montreal wails, because I have heard A Silver Mt. Zion wail with it.

That wind almost overtook them on their last record. This is Our Punk Rock, Thee Rusted Satellites Gather + Sing was as good a record as any Efrim Manuck has put his name on, but its foray into longer pieces occasionally lacked his more famous collective’s engaging cinematography (to say nothing of how it begged for the obvious comparisons more overtly than before). Still, when it was on, it was on: what began as the sound of a train during “So and So” turned into an ominous wash of sound. That sound threatened to obliterate everything in its path, until suddenly it gave way to a lone and elegantly understated guitar. “Everybody gets a little lost sometimes,” Manuck sang. It remains one of the best ways to depict the human condition in this decidedly inhuman post-modern world since OK Computer, a moment that makes an uneven album arguably essential.

It’s one thing to react to the cold with evocation, to give everyone in the room a second-hand uncontrollable shudder. It’s another to light a fire. This is where Horses in the Sky comes in, and it wastes no time in pouring gasoline. “They put angels in the electric chair, the electric chair, the electric chair,” Manuck sings on the opening “God Bless Our Dead Marines,” repeating himself like the kind of street-crazy his other band has made a career of documenting. His high-strung and untrained yelp grated on occasion during Punk Rock, but here the band anchors it with a caustic menace unseen in their previous work. “Lost good friends to suicide/lost good friends to pills / …and then I lost myself,” he later adds. It would be an elegiac on prior albums, but over the band’s newfound conviction—the drums sputter, the strings eat through bowhair—it’s an indictment, a raging conflagration. “The dead kids don’t get photographs / God bless our dead Marines,” he spits, the implications of the juxtaposition obvious. It slows down to more familiar terrain in its finale, but the announcement is unmistakable: A Silver Mt. Zion are pissed off.

I’ve written before that Godspeed and their cronies have been unfairly criticized for admittedly inchoate politicking. In the wake of the 2004 U.S. Election, I’d imagine they’d be cut some slack. Sincere if inarticulate outrage has to be better than mealy-mouthed pandering by overaged rock stars, and besides who isn’t pissed off nowadays? ASMZ respond by turning their sights on the supposedly liberal bastion of Canada: “Canada, O Canada, I’ve never been your son / Your concrete expanses lay fallow in the sun / And your corps have all gone bankrupt and your children are on drugs.” The lyric, from “Teddy Roosevelt’s Guns,” is belted over a tense and weird musical bed, with an eastern feel not unlike Velvet Underground’s “Black Angel of Death Song.” Manuck snarls the delivery, naturally. Whether he’s hysterical with rage or drunk with his condemnation is anyone’s guess.

What’s remarkable is that this is easily the most stripped-down album of their catalogue since their first one, and, not coincidentally, the best. It’s also the most straight-forward, and a significant evolution for a band that is, nominally, a side project. Every moment is accounted for here; while “Mountains Made of Steam” and the titular track’s post-rock folk lullaby follow the basic ASMZ formula—take one musical motif, build, finish on another one—it shows more nuance than before. Horses in the Sky demands to be heard on its own terms, and a record that keeps pace with anything of its kind released this year.