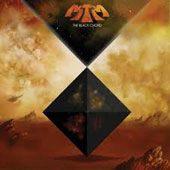 I think before we get on with dissecting the new record from California prog maestros Astra, we’d better do everyone a favor and get ourselves past that whole not judging a book by its cover thing. And Sweet Martian Jesus, if you don’t know what you’re in for with this one, Rick Wakeman help you: it’s like a subtle hearkening to an era of dedicated cover artists and double gatefold concept LPs, to a time when albums were albums, when it was possible to pretend that a work was a universe of its own and that modern digital physics hadn’t expanded every consideration into a multitude of fractured parallels. Despite the weight of trend and their forty years’ detachment, though, Astra still manage to demonstrate that they know how to wrap things up in a real package almost as nicely as my Norwegian grandma does.

So it’s amazing how expertly Astra divide their sensibilities with a laser scalpel (I know it sounds like a Mellotron, the mistake is understandable) on the band’s second album, The Black Chord, somehow crafting a record that feels as much a part of that aforementioned era’s album-as-fantasy-snowglobe aesthetic as it is accepting of our era’s inevitable comparison, dissection, and genomic analysis. It’s not only fans but bands these days that seem ready to break themselves down as nothing more than amalgams of influence, but it doesn’t feel fair to fault Astra in that sense, as it’s more a sign of the times they manage to gracefully maneuver within, instead of within the time itself: they take liberal, energetic steps to make that deconstruction a strangely positive aspect of digesting The Black Chord, or at least a more engaging experience than it always seems to be in other cases. Even more so than The Weirding (2009), the band’s great debut, which suffered a bit by meandering in what was an attempt to mask some obvious influence, The Black Chord finds much success in laying bare the devices.

But because I couldn’t resist breaking down the molecular structure of the record, I found that where my genealogical roadmap would normally demystify and depersonalize, it only managed to do the opposite for The Black Chord. Astra had anticipated me. When I finally sat there with all of the pieces disassembled, each one the face of a familiar favorite from some bygone, blown-out decade, I realized that what Astra had crafted from the usual assortment of prog-ish delicacies was in fact something very unusual. Astra weren’t trying to hide behind assumptions of ideological sovereignty, as picking out the influences was easy and unsurprising, and I simply couldn’t cheese at Richard Vaughn’s spot-on Jon Anderson accent anymore without just admitting it. The Black Chord is just an invigoratingly fun, highly indulgent, and really well-played prog-rock record in the best spirit of the ‘70s classics, all the better from start to finish by never making claims to anything contrary.

It’s funny to say something like that in a praising fashion, but there just isn’t much more that’s important or interesting here that you as a music fan probably couldn’t easily deduce for yourself before just getting on with these rollicking cosmic tunes for Keith Emerson’s sake. The best part is that Astra seem to have had that in mind all along. Like the (presumably) ancient fantasyland cover that drapes The Black Chord in shades of Astra’s own secret Roger Dean, equal parts the covers of Dark Side of the Moon (1972), Starless and Bible Black (1974), and Relayer (1974), the pieces of The Black Chord’s quilt are sewn so tightly and with such expert skill that winning that Name the Influence game becomes a pointless cinch when everyone else is busy with air guitar. When I’m giddily overwhelmed by the Peter-Gabriel’s-Genesis-ness of “Drift,” for instance, I’m not quick to jump for the real thing, as usual, but rather I’m calling my uncle to tell him that someone still appreciates 1973 as much as we do, and might have the chops to make it stick.

Now, whereas “chops” may be what ultimately makes The Black Chord into something more emotionally substantial than an imitation, there’s more to be said for listenability and atmosphere taking the place of virtuosity here, like so many Mars Volta records have (or haven’t) taught us. That relative restraint throughout The Black Chord is a huge part of its inviting personality. Astra know how to use their talents in measured strokes, almost never propelling into obtuse time signatures without head-banging justification or feeling the sudden need for a didgeridoo solo, and once again finding friendly success by deciding to keep themselves thoughtfully encapsulated. The difference between losing oneself in the music and losing one’s audience in it are made expertly clear, and Astra earn a pass in making almost every moment of The Black Chord one that’s actually still fun to listen to if you happen to be one of those unlucky souls who doesn’t read music at six hundred KPH.

So I know that the record-as-package just doesn’t exist like it once did, and it may go to show how unpopular the idea of a record really is these days, such that when we’re presented with something that makes a pretty strong case for itself there is really very little chance that the poor thing will exit the gauntlet of consumption and criticism in any less than a bajillion pieces. Despite the trends, Astra make a pretty great case for both the enduring appeal of the best aspects of prog and the viability of the record as an idea itself. Yes, there is a black crystal with some kind of universe inside of it on the cover. Yes, there are eight-minute-plus guitar solos, and yes it sounds like Yes. But The Black Chord puts all of that in its place and leaves a whole lot of serious rocking to do after the clichés have been cleared of their suspicion. No worries if you’re unfamiliar with real and proper prog-rocking, just show your coolest uncle that cover and he’s sure to lead the way back.