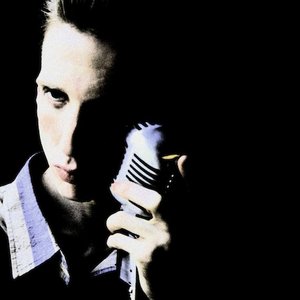 Let the Blind Lead Those Who See but Cannot Feel

A team of sixteen year-olds is right now finishing writing the definitive review of Atlas Sound. It’s taken them a long time—this review is definitive, remember—and there’s probably been a fair shake of arguments on the way but, overall, they’re really happy with how it turned out. The phrase “a winner” is more than bandied about. And it’s deserved too, because I’ll say it again: this review is definitive. It isn’t just a few thousand words on Bradford Cox and some deer band, it’s a few thousand well-thought out, charismatic and (some would say) “woody” words on Bradford Cox, etc. The words have aromas, right. The sentences “talk.”

I’m saying this because I want you to picture the enthusiasm on those kid’s faces (these are ordinary kids too, semi-popular and cynical) and then I want you to read the expression on my putzer, which is more like _________. The word I’m reaching for is “jealousy.” I am jealous of those kids: they are enjoying music, while I sit here and sort of critically maunder about how my potential for enthusiasm on everything all the time. There’s something to be said, see, for really liking music, and not just glibbing on the disorientating bits—even though Quiristice is kind of awesome and I find myself increasingly chetting out on the records that other CMG-ers chet out on. I don’t want to be thinking about what Harry Pussy album I should download next, in short. I need Pinkerton (1996) and sometimes, okay, I need “bad” music to remind me that, hey, everybody’s a Ur-critic and sometimes we all need to eat falafel and like commute.

Which is to say that I’ve been listening to Let the Blind a lot lately, and regardless of how many angles I’ve attempted—the review isn’t coming out (obviously) in the way my sixteen year-old self would have appreciated. I put my hands up: I don’t know what I’m talking about, and I’m sort of at a loss to describe Atlas Sound, Bradford Cox and his band of deer-people in any kind of rigorously critical context. Mostly because I get the sense that this record really reaches for that kind of criticism but never really earns it. There’s always also the sense that Cox is showing us his feces.

Fans of Cox’s music always seem to be on the cusp of some paradigm shift in retroactive apologetics—or else they’re naming a new genre and working up new ways to say “shit” and “shit”. Meaning that shit just isn’t that interesting to talk about anymore, and sort of redundant given the agenda behind this sound is basic disintegration.

Full disclosure: it’s sort of discouraging to have so much of the purported underground stevened out by our changing idea of what that “underground” word exactly means: maybe brainy but not cagily so; and only sensibly numb; loud, but like clear. We can say, though, with a fair degree of certainty that they care. This music business being totally self-conscious, and its pursuit riddled with have-nots and what-ifs and good bands being trampled underfoot while others prosper needlessly, so much that those strumming the geetars at all must profess a sort of naivete, if not idiocy, especially in the face of the Internets and their proliferation of opinions and files and bloodsucking weekends and whatnot. Which is to say that democratization has these kids rattled but also that the kids are okay, alright? We’re all still trying to be cool, it’s just that we maybe stopped bothering trying to work out what that meant in the first place; now that this idea we like to call rock star (unless you’re born rich and famous) is rapidly being made redundant.

Sooner or later we hit a wall, though, where it’s hard to tell what’s actually inspired, and what’s been deduced and whether there’s any real difference now we all know everything all the time. This has always been my big problem with Cox’s deer band: they’re too fucking good! They’re so good they end up actually becoming a “good” band, like fucking U2 or something, and their songs are cheapened for it. You get the sense that this group is a real unit, a real house act, the playing purely autonomic, so that when they do play to their strengths and psyche out (hello, “Hazel St.”) they fluff their intention. This music builds on transgression. Cryptograms (2007) was more like the new auto-eroticism. The basic function of its songs was to sound like what most people want Deerhunter songs to sound like. Which, if we make a few broad assumptions about Deerhunter fans, is going to be “dissonant” and “druggy.” Problem being that there’s nothing too interesting about a house band playing drug music and that all of this, really, wouldn’t matter if Bradford Cox didn’t write songs about subjects that traditionally demand grandiose levels of discord (and if he didn’t care so much about abetting that tradition in the first place).

Like Deerhunter, like Cryptograms, like Fluorescent Grey— Let the Blind purports itself as the new radicalism. Like all the other stuff too, it sounds grim and authorised. See, Cox’s music essentially regurges all the chic views on great art—sprawl, concept, execution—and halfway realizes that this means everything will inevitably bland itself out. Which it does: the effects pedals and careful atmosphere aren’t irrelevant here; indeed, they’re pretty much what every song is about. And, don’t get me wrong, Cox has built a veritable utopia of noise. The chimey delay that’s the glow in “Ready Set Glow” feels laboured over and dusted and detail-obsessive. The use of found sounds and atypical drone twisted into meticulous pop conceits is the work of someone who really “gets” what makes his records good. Like, the effects and atmosphere here aren’t irrelevant or overdone: they’re the core of these songs. They’re absolutely necessary in creating the impression of orgiastic excess that underlies this sound. As in it can be everything to everyone, but you’ve got to be the one to know where to look. If Cox’s music does anything really well, it reminds us that universality is a fundamentally decentralizing experience.

Whether this makes Let The Blind a really effective palette cleanser or the indie-fried version of Michael Buble depends, perhaps, on how much you value yourself as a person. Because there are people who will listen to this and outright scoff—at it’s aimlessness, the way its songs cottage liberally from the uprooted underground, or just on accounts of the first track being a sample of a bawbling little kid. Which are all, by the way, really lame reasons for hating on a record that puts itself out as an Atlas (i.e. expect familiarity, expect range). Better to say that Let The Blind‘s big failing isn’t the sound and ambiance, but the actual material itself. Cox approaches songwriting like a pitchfork and a figure-flinger—he hits all the obvious baselines without ever teasing out any internal tension or exploring the wealth of subtleties that his lap-pop expertise might afford. So “Quarantine” builds to a claustrophobic clutter of beats and the metronomic chug of “Scraping Past” does just that. The strowl-like and subtly diffracted swells of “River Card” call for exposition and dynamite, but the dynamic never moves past its comfort zone.

Most of the album, in fact, is bereft of the type of internal probing that its subject matter and genesis would indicate. It sounds, for the most part, like a survey and a review of what a mindblowing Bradford Cox record would sound like, if he started worrying less about fashion and got to re-setting some of the more settled bones bricking up his momentum. Which is annoying because Let The Blind never pitches badly or throws up a truly terrible track to mack on and leaves me with the potentially duff argument that this record is really good at what it does, but what it does so exactingly reaches for breadthlessness that its under-ambition ends up under-cutting what made the songs pleasant and amenable in the first place. Which is a really long way of saying sixty percent.