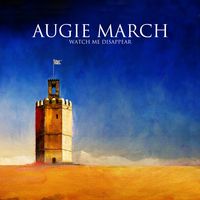 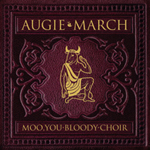 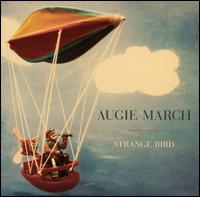 Like most North Americans, I can’t claim to know a whole lot about Australia. The things I do associate with the country --- kangaroos, funny hats, excessive use of the word “mate,” alcoholism, and possibly Paul Hogan --- are all lame, trivial clichés, born of the same lazy mentality that has most of the literate world believing Canada is a frozen tundra consisting little more than igloos, beavers, and syrup-guzzling mounties. Like Canada, Australia is often responsible for a disproportionately large percentage of American radio playlists. Also like Canada, the Australian music that does end up reaching Clear Channel airwaves is, by and large, featureless, insipid dreck. Of course, our countries also seem to share a blossoming, vibrant underground where artists seem free of the constraints of “hipness” and the rigid scensters that plague American and British acts, and where they are able to mould the best aspects of pop music into something both familiar and fresh.

Augie March typify this capricious, unregemented approach to music-making on Strange Bird, an album bursting with an infectious kind of joie de vivre, and one whose whimsicality seems strangely focused and deliberate. It’s opening quartet – the Beatlesque lullaby “The Vineyard,” the feral, thunderous “This Train Will be Taking No Passengers,” the delicate, Paul Simon-like “Little Wonder,” and the mournful, down tempo “The Night is a Blackbird” – is not unlike that of The Meadowlands in the way that, in spite of considerable stylistic leaps, it loses no sense of cohesion or identity. Following these is “O Mi Sol Li Lon,” a song so wackily reminiscent of Sigur Rós (despite clocking in at a mere 1:21) that it’s hard to take seriously coming from an English-speaking band, and “Song in the Key of Chance,” which, unlike the rest of the record, lacks any strong hook or melody, thumping anonymously for nearly five minutes.

Strange Bird picks up brilliantly toward the end with four closing songs that rival the four that open it. “The Drowning Dream,” with a gloomy synth and incessant high-hat beat straight out of Tunnel of Love, has the kind of melody you have to catch up to, and, if I had to pick, is probably Strange Bird’s standout track. It’s followed by the gentle banjo-plucking “Sunstroke House” and the grandiose, gloomy “Brundisium,” complete with the album’s closest approximation of an instrumental freakout. The majestic, elegiac “O Song” is the perfect closer – after nearly an hour of emotional cartwheeling and pretty steady intensity, the song’s quiet sense of resignation is enormously resonant.

It’s nice to hear a band willing to borrow from all ends of the canon (the album is at turns reminiscent of The Beach Boys, Pink Floyd, The Decemberists, The Wrens, The Beatles, Sigur Ros, Dylan, Springsteen and The Pixies, just to name a few), and it’s especially nice to hear one that ends up sounding completely original because of it. It’s hard to imagine anyone with an even latent appreciation for pop music not enjoying Strange Bird at least a little; despite its ambitions, most of it goes down easy, and seems proud to be one of those “something for everybody” type of records. That it took two years to reach these shores is a travesty, but also probably a testament to the quality of the album itself. Australia may be an unfamiliar, misunderstood country to most, but as Strange Bird thrillingly proves, it’s maybe not as far away as we’d thought.