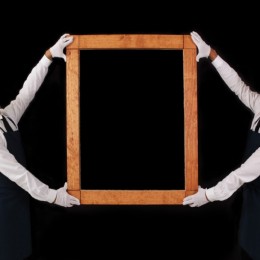 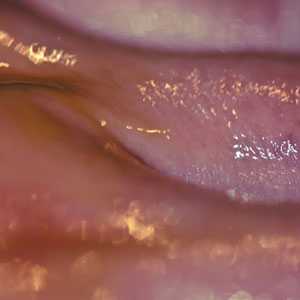 The first time I heard Autre Ne Veut’s self-titled debut album last year, I was startled and confounded. Like few things, hearing “OMG” in passing for the first time stopped me dead in my tracks, forcing me, for the first time in some while, to ask just what the hell I was hearing. While mainstream R&B tropes are certainly a component of many musicians who don’t make mainstream R&B’s vocabularies, there’s no way one could ever possibly mistake this anonymous Brooklynite’s utterly bizarre maximalism for the real thing, which one certainly couldn’t say about Frank Ocean or the Weeknd. Whereas what got called “hipster R&B” earlier this year has basically found a pretty substantial audience by this point, Autre Ne Veut’s work—defined at least partially by his vocals, which tend to start in falsetto and rocket toward the comically exaggerated, delivered through a disorienting combination of synth- and dance-pop signifiers—will almost certainly not prompt any major assists from Jay-Z, Kanye West, or Drake any time soon.

Body, ANV’s first release since the project’s self-titled debut, is only slightly less disarming, and whatever ground it cedes is largely a consequence of its improved fidelity and cleaner production, as the songs themselves are just as loaded with left turns and ruthless pop deconstruction, with somewhat subtler hooks and a slightly less cohesive flow. However, the voice is still very much the center of ANV’s world, and across these songs it again proves crucial to their success. On opener “Sweetheart,” it’s the low-volume, pitch-shifted vocal melodies wobbling and repeating themselves between crunched drum machines playing an arrangement not that far removed from The-Dream’s “Right Side of My Brain,” almost imagining a world in which Dan Deacon’s vocal hooks could somehow be in a charting Top 40 single. On “Not the One,” which repeats a single melody for upwards of two minutes, it’s the way that the musician and featured vocalist She Woolf sing one phrase for almost its entire runtime.

The EP then offers “Just Return,” his most tense and skeletal work to date, and the frantic, stabbing “Your Clothes.” Both songs find their centers around insistent percussion—single notes that sit somewhere between prolonged yelps and sustained synth hits—and heavily processed sounds buried within the songs’ mixes, with choruses slowly unfolding in the former and the latter, once it takes off, sounding only a few degrees removed from, say, a hook TV on the Radio might’ve been able to clean up and repurpose into something salable to a much wider audience.

What makes Autre Ne Veut’s music so fascinating, as a whole, is how meticulously he shapes his compositions, indulging mainstream pop ideas in such a way that their pleasures are effectively repurposed, if not largely discarded, into a finished product considerably less straightforward or approachable. Though there’s evidence of progress on this EP, it’s also apparent that ANV has found a way to engage with and compose music that sounds far more like itself than it does a Brooklynite attempting to make Ramp;B, and this is strong evidence that his forthcoming second full-length is one to look forward to.