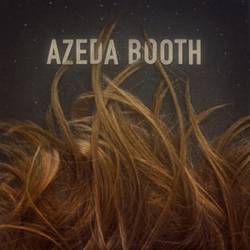 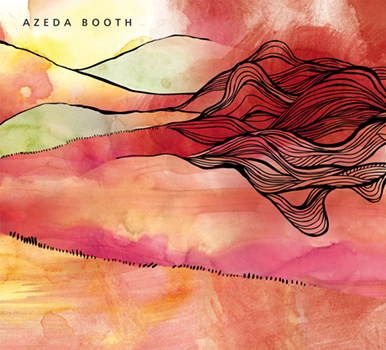 Long live the new flesh. Azeda Booth’s first LP is an amalgamation of the sensuous with the scientific that revels in the uncommonly affecting space the juxtaposition creates. The album’s cover depicts a landscape that has its outline transforming into what could be either striated muscle or wavelength read-outs of the geography or both. If this is the image of “flesh tones,” then the recording behind the cover must be their sound. And in listening to the body Azeda Booth arrive at the Cronenbergian conclusion that the flesh is strange, familiar on the surface but alien beneath, a clinical eye and sterilized utensils the only thing that can parse its disturbing exposed forms and functions. Inside each of us oozing, pulsing factories of blood and shit that work mechanically yet also somewhat erratically in a way that feels, paradoxically, almost inhuman. Unlike a group like Matmos, however, Azeda Booth are trying to blend together the inhuman and human parts of ourselves into one mellifluous transmission, something that might even be carried on radio waves.

The transient border between the life of the mind and one’s gross biological existence becomes the conceptual tight-rope that this record somehow balances across. To reduce it and translate it to a matter of genre: Azeda Booth achieve with their style one of the best and most exciting grafts yet of pop with electronica. Azeda Booth do a very important thing for a band like theirs to do: they carve out a unique, defined aesthetic that’s not limited by its definition, details mutable enough to place no bind on possibility. Junior Boys might be the closest reference point yet they’re far more keyed into the New Wave style; this is like Junior Boys with their toes tied to a kite that’s actually a Rubik’s cube (whatever you think that means, it means it). Though working in a much different category, Jamie Lidell might have been a name to mention before the slick soul of his music devoured the sizzling synthetics almost completely, leaving nothing new or changed in a lasting way, just a nice big blob of retro fat named Jim. See, Azeda Booth recognize that in order for “organic” music to be beneficially compatible with their electronic implants the organic has to evolve a little bit. Sort of like how in Mass Effect there’s the bionic amps for the mutants so they can do magic without a science-fiction story having to call it “magic.” Or “the Force.”

And, like that game’s bionic class, Azeda Booth are a subtle brand of freak. At the heart of pop music are its central melodies which are comforting in their regularity and repetition, rendered accessible by the way in which they’re limelighted. Azeda Booth adhere to this standard even as they quietly eviscerate it with their delivery. Jordon Hossack’s vocals sound like a creepy child’s crooning, Sixth Sense-era Haley Joel Osment haunted by Prince instead of dead people. Just like a pop performance it seems the vocals strive to be inviting and endearing and sexy but here they also make your skin crawl a bit. Then, by the time Hossack’s sweetly/eerily repeating “all my friends do drugs” on “Kensington” you’ll be a little sad but you’ll also be like “no shit.” However, this is all very knowing and intentional on the group’s part, so the singing becomes a ghostly liaison that draws you in to the music’s not-quite-abandoned, Carnival of Souls-type wonderland. Ambience hangs in the air with tremolo key drops congealing out of the mist (“East Village”); a carousel of an acoustic loop works itself into a frenzy of carefully programmed activity before breaking down to its core (“Numberguts”); and then there are the brilliant moments where all the lights come on (the shoegazing-on-a-ferris-wheel climax of “In Red”). Most of the songs are composed of silken sine sheets and thick harmonic spreads manufactured from the finest synthetics with just a touch of cotton (i.e., some guitar here and there), Morgan Greenwood’s broken robot percussion and drums creaking the melodic bed with movements ranging from as instinctive as measured thrusting with furtive caresses (the second part of “Lobster Quadrille”) to the nearly arrhythmic foreplay (the first part of “Lobster Quadrille”).

Unfortunately, there’s not an isolated song on here that’ll make for an irresistibly convincing download. Pop albums need hits, wide-open entryways into their particular worlds. If there’s one advantage that the last Junior Boys album has over In Flesh Tones, it’s called “In the Morning.” Perhaps it’s unfair to try to classify this work as pop and judge it accordingly, but even moving away from the pop idiom it feels like Azeda Booth are just one or two amazing songs short of putting a period on the aesthetic statement of their full-length debut, which consists of a lot of really good tracks bound by a strong vision yet without a clarion centerpiece to rally around. In his recent review of Luminarium Mark Abraham pegs Tape’s latest as a “vaguely disappointing” follow-up to Rideau (2005) because it lacks that record’s incredible, artist-defining moment in “A Spire.” Well, Azeda Booth haven’t yet stumbled upon the song that’s a summation of their connecting the ghost in the machine to the machine in the bowels of man. And who can say what that song might even sound like…except that it could be a minor epoch of sorts, electronic soul finally finding a way to exert new powers through folds upon folds of strange flesh.