Other Records by Babyshambles 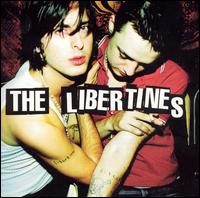 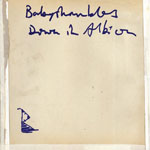 Ever since Elvis started shaking his ass, the twin concepts of the Bad Boy (best brought to life by James Dean) and the Rock Star have become almost inexorably intertwined. For decades this has been an undeniably good thing; after all, where would western civilization be without Mick Jagger, Eric Clapton, and, uh, the Gallagher brothers. Of course the other defining characteristic of those three examples is heavy drug and/or alcohol abuse. So now it’s the 21st century and we get to see if this prevailing paradigm of Rock Star as drug-addled buffoon/sex god will be able to sustain itself. The good news is that, along with certified insane-person Anton Newcombe, Pete Doherty is doing his best to keep that magical mixture of heroin and crack cocaine firmly entrenched in the rock pantheon.

At this point the concept of Doherty has expanded beyond the constraints of mere humanity and become a walking, talking, rock ‘n roll-playing stereotype. Dealing with him as a person is pretty much useless (and probably pretty boring—I don’t think he was ever really the key to Up the Bracket anyways, despite a few great pieces of phrasing). Doherty as symbol, however, is pretty fascinating. I mean, how many unattractive, strung-out, b-level rock stars can really hold the public’s fascination?

As marketing gimmicks go, it’s nothing short of brilliant. If Doherty managed to clean up and fly straight, no one would give a shit about him, but as long as he walks around with a needle hanging out of one arm and a supermodel draped on the other, he’s god’s gift to Rough Trade records. Down to Albion debuted at #10 in the UK; how often does that happen to an indie band? So the big question that remains is whether or not this idea of Doherty can produce a good record. Since this is after all a review it’s probably worth covering Down in Albion itself.

The thing is that the album is an afterthought. Everyone knows that Babyshables = Pete Doherty, and all interested parties have already heard Up the Bracket and knows how good the Libertines (and thus Doherty) once were. Why are there 16 songs on this album? No one actually wants to hear that much Babyshambles. Who really cares about the music? If you’re listening to this it’s gonna be for the idea more than the craftsmanship and subtle metaphors. Sure, Mick “I was in the Clash too, you know” Jones produced it, but at this point Jones is nearly as much a stereotype of himself as Doherty (and his teeth are even worse).

To the credit of Doherty et al, Down in Albion is better than it has any right to be. It is by no means cohesive, consistent, or even very good overall, but hey, it’s still better than that second Libertines disc (setting the bar low is the key to enjoying this disc). I’ve listened to this a good dozen times and I still have no feel for some of the songs. It feels like there are little sections of the record that exist only when you are listening to them—they’re simply so bereft of character or musical creativity that they leave absolutely nothing in their wake. And there’s a song with Kate Moss singing. And there’s a reggae song. This shit’s hilarious at points.

Nonetheless, every once and awhile the boys in the band manage to pull their shit together, slap Doherty back to consciousness, and put the pieces in place and rip out a solid anthem (clearly Doherty’s strong point). “Fuck Forever,” for instance, is easily one of my favorite songs of the year. The song plays like a poorly constructed Libertines b-side, capturing the ecstatic energy of the “tow the line / sever the ties” section. There are bands out there that spend good money and lots of time trying to create music with the sort of sloppy-yet-brilliant spontaneity that rings so very true on this track. These people clearly just need to use more heroin. Beyond this, “A’rebours,” “Pipedown,” and “Killamangiro” are all decent bordering on middle-of-the road. When he slows things down, Doherty generally strikes out, though the title track, “Back From the Dead,” and closer “Merry go Round” (which actually closes the album with the sound of Doherty falling down) all have a fucked-up charm.

Still, keep in mind that the music is totally secondary here. You either buy into Pete Doherty® or you don’t. Personally, I think its bullshit—interesting and occasionally compelling bullshit, but bullshit none the less. Popular culture no longer applies to me.