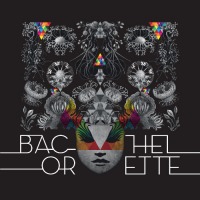 On one of the handful of Body Talk (2010) tracks that already feels like a bona fide classic, Robyn coined a pithy phrase which helps describe the idea behind Annabel Alpers’ one-woman electro-pop outfit, Bachelorette: “Fembots have feelings too.” Over the course of two albums, New Zealand’s Alpers has offered up an unusually evocative take on one of futurism’s age-old themes, that being the emotional isolation wrought by technology.

I came a bit late to her last terrific release, My Electric Family (2009), but it’s stuck with me to the extent that I’d now call it one of my most egregiously overlooked albums of that year. Over a bed of warm synths and buoyant tape loops, Alpers mourned the death of interpersonal connection. “Where To Begin” was the kind of break-up anthem that the Year We Were All Briefly Intrigued By Chat Roulette deserved (“You stay in your room on the computer / Observing strangers / Ignoring those around you / How can it end?”), while the standout “Her Rotating Head” sounded like the thematic terrain of tUnE-yArDs’ “Real Live Flesh” re-imagined by a retro-futuristic supercomputer. Though its subject matter was bleak and robot-obsessed, My Electric Family was defiantly organic. “Daydream / Make sure it’s good stuff” went the first lines of opener “Instructions for Insomniacs”; Alpers recited them with hope, like they were directions for waking oneself from a digitized dystopian dream come true.

That feeling of hopefulness, though, is all but absent from her new album, Bachelorette. Look no farther than its opening moments for evidence of the change: a steely composition of synthesized breath over which Alpers quivers, “The future’s disquieting.” The song, “Grow Old With Me,” is ethereal and stunning as it builds to a near-a cappella climax, layered like chilled breath refracted in a hall of mirrors. It’s slightly reminiscent of Imogen Heap, but Alpers achieves a similar feeling of mechanized emotion without using very many vocal effects. (She does play around with a vocoder later in the album on “Generous Spectre,” in such a way that feels like an overt hat-tip to Laurie Anderson.) Even with minimal adornment, Alpers’ voice has a mechanized quality that befits her aesthetic, at once icy and soothingly serene.

My Electric Family often found Anders singing about other characters’ isolation (“Technology Boy,” “Her Rotating Head,” “Mercurial Man”) but Bachelorette transposes this theme into the first person. Over the pulsating, Goldfrapp-esque beat of “Blanket,” she sings, “I am shrouded by a blanket / Obscuring everyone around it / The only way to see you is through the hole in my chest.” When person-to-person communication fails, Alpers sees no choice but to look to technology, as on “Waveforms”: “The waveforms are our friends / They don’t personalize / Or even criticize / They peacefully oblige / Content to flicker when it is their chosen time to shine / For their given purpose / And nothing more.”

Though Bachelorette is animated by interesting ideas, Alpers has an unfortunate preference for theoretical language over lyricism. The first verse of “Polarity Party” is a dense mouthful, all “I would just as readily / Set about familiarizing myself / With your differences / Our respective distances,” while lines like “Easily cowardly / Credulity’s enemies / Circumvent mystery / To fabricate constancy” weigh down the otherwise sublime opener. Alpers is of the “Tell Don’t Show” school of songwriting, and occasionally this works, though given her music’s mechanized message, it conjures “linguistics professor” just as often as it does “robot,” while the lyrics on My Electric Family more successfully called upon detailed imagery and metaphor to illustrate her themes. Though the feeling behind “Blanket” is evocative, the titular image is unmoving and bland. There’s something to be said of metaphor that deals in tactility and specifics and that also speaks the language of the listener, however stupid it may be; as one of our generation’s greatest futurists once said, “I don’t want no Robocop.”

Bachelorette is not as immediate or inviting as My Electric Family, but I’m hesitant to condemn it for this. It’s simply a different listening experience, one which creates a different mood. (Plus, the middle section, comprised of the dirge-like “Sugarbug” and “The Last Boat’s Leaving,” is gorgeous.) Alpers is onto some striking and original ideas; in particular, I can’t think of another electro artist who reappropriates folk music quite the way that she does (check out “The Light Seekers” on this album or “Instructions for Insomniacs” on the previous one). I don’t know that she’s yet lived up to the promise of Bachelorette’s potential, but her work so far provides ample hope that she someday will.