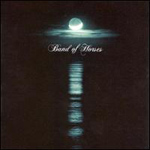 Band of Horses: Cease to Begin 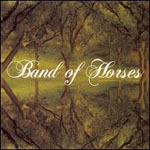 Everything All The Time

My name is Christopher, and I have a hype problem.

Many of our readers may remember the counterpoint I authored of Apologies to the Queen Mary, wherein I stretched a critical shoulder-shrug into a four-thousand word polemic identifying Everything That is Wrong with Music Today. In it, I more or less accused the entire music press (including my staffmates and editors here at Cokemachineglow) of shilling (at no charge) for the PR firm, or at the very least shallow bandwagoneering. One would be forgiven if their mental image of me is massing stockpiles of canned food and pAper chAse vinyl, mimeographing leaflets on the Pitchfork/Sasha Frere-Jones cabal while meekly pioneering the field of linguistics by day. Doubtless I overstated my case (Chet's year-end blurb on Apologies is hard to refute), but it rests on a principle so basic and sound as to be unimpeachable. That is: the vast majority of rock journalism is eye-gauging awful, and more importantly chronically unimaginative; the few people who can write well within the form are endlessly copied as a matter of plagiarism as much as echo-chamber synergy.

I'm getting ahead of myself again. My hype-problem has less to do with industry conspiracy theory (nice assonance there, methinks) than as a facet of the pricklier side of my personality. See, I'm a contrarian: I'm the kind of person who goes a long way looking to break with consensus without necessarily breaking new ground. I once argued in an undergrad seminar paper that the McCarthy hearings were a triumph of homophobia and failed to slow the John Birch/American right wing movement. Ridiculous and half-baked, you say? I have tons more where that came from. At its best, contrarian thinking offers novel interpretations; but there's also just obduracy for novelty's sake, like my friend who insists that the artwork to Agætus Byrjun is a comment on abortion. I'm not so far off from her, though: when I see my punk-rock friends, I make them sit through Neil Young in my car; at a club I request the Bad Brains; I insisted that Set Fire to Flames was "great party music" to my Counting Crows-loving ex-girlfriend (well, okay, I was being spiteful). I'm an asshole.

It's okay to be suspicious of the hype machine, but my past bad calls – everything from a teenage disgust with Bob Dylan to more recent nose-scrunching at The White Stripes – were all swept under the rug by the kiss of death. "They're just so … overrated." Rule number one in the Christopher Alexander playbook: the kids aren't alright. In fact, no one is alright. Only I am alright. Everyone else is all wrong. See, there's the dirty secret of contrarianism: ultimately, it's self-important. The masses aren't to be trusted because if they knew what's good for them they'd listen to me, anyway. Until I wake up in a world of Gordon Lightfoot and Warren Zevon enthusiasts, I remain hostile.

But there are occasions when I bow to the maelstrom, when the chorus harmonizes perfectly and the wine finds me in the right mood. Or when the music, is, in fact, as good as it is on Everything All the Time, the debut record from Band of Horses. When this leaked way back in Christmas, everyone was slapping the "next big thing" label on it. Well, now it's late March, and as predicted everyone loves it. So why is my Gestetler quiet, why do I cross the Olympia streets humming snatches of "The Funeral," why am I risking my reputation on such publicity bait with a rating of eighty percent?

Here's what Everything All the Time isn't: it isn't a reinvention of the wheel. It isn't an expression of angst and existential dread distinct to the generation which birthed it. It doesn't capture this place in time perfectly. It isn't the best record of the year. For once, though, no one is suggesting otherwise. Everyone worth listening to has gotten it exactly right: it is a damned great indie rock record made by musicians who've obviously spent a lot of time with the same bands all of us have. It's meticulously well-crafted, from nuts (if these are really the first songs Carissa's Wierd alum Ben Birdwell wrote, then god damn) to bolts (Phil Ek's crisp production provides an airy, hypnotic luster, a perfect fog for Guy's lazer beam tenor to cut through). It's a welcome addition to the great line of Pacific Northwest indie pop records, albeit one not as shaggy as its audible predecessors such as Modest Mouse and Built to Spill.

We begin, appropriately, with "The First Song," where ringing guitars labor the ride symbol. Immediately we're reminded of Bends-era Radiohead and more recent My Morning Jacket. Birdwell's voice is a dead ringer for James Mercer, but his phrasing is slower and more phonetic. The words aren't a concern (no lyric sheet, but: "Snow falls / snowing over / do you recover from hope?") for him, placing him squarely in the "voice as instrument" crowd of songwriters. The band winds everything up with a double time pulse for a second in the chorus, but kicks back into the laid back menace of the rest of the song. Birdwell doesn't gun for the pop chord stuffing of Mercer; like the Arcade Fire, these are fairly simple and practically arena ready. "The Funeral" has all of four chords and two sections, but he sets it up perfectly. A descending melody is sung over a single echoed guitar; then he coos. We see the blast coming, but we nod our heads anyway; maybe it satisfies the power ballad need in us, I don't know. It helps that the hook would catch Bonnie and Clyde dead to rights.

If that means that it's unoriginal, even a little lazy, then so be it. Even now, I'm fighting off the urge to throw this all away and bemoan Everything for its uncanny resemblance, in both sound and execution, to Parachutes. But Parachutes is still a good album, and it's not its fault that the makers' output tanked afterwards. Like Everything, it had strong hooks and a great sound that was pinched from more innovative bands that preceded it. Better, Birdwell's insular wail beats Chris Martin's clichéd screeching to a pulp anyday. So if Everything All the Time is a one off, I'm fine with that. It's too soon to predict its longevity, but perhaps this is how a generational classic is made. It won't help you make sense of divorce, but you will listen to in the car, in the dark under your covers with the headphones on, maybe forge a bond with it before the next bumper crop of it bands comes along. Remember the machine sometimes catches something.