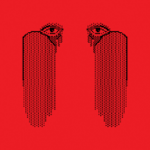 With their second album, Beast Rest Forth Mouth, Bear in Heaven have attempted the rather difficult endeavor of making an adamantly not-cheesy space rock record, and they seem well aware of the potential pitfalls inherent in this task: make it too labyrinthine and self-consciously inaccessible and you run the risk of tedium; conversely, throw in too many catchy, radio-friendly choruses and extraneous noises that sound sort of like a spaceship but mostly like a bong with a lot of reverb, and you’ve made that MGMT record (receiving some Grammy nominations; good for you). Beast Rest Forth Mouth strives towards a rare balance of understated and epic, and there are moments when these binary impulses find a middle ground to unite in perfect harmony. There are also plenty of moments that are not particularly compelling, even a few that graze that threat of tedium. Though it does boast some stunning high points, it’s not exactly a soundtrack for a trip through that Stargate tunnel thing at the end of 2001. It’s more like a soundtrack for a trip to space on which nothing particularly exhilarating happens.

Opener “Beast in Peace” starts off strong: a thumping, resolute beat soon gives way to singer’s Jon Philpot’s subtle, echoing vocals. Then, just when the pulse of the song begins to entrance, it’s interrupted by the sort of synth hit that would ignite the entire planetarium sky at a Pink Floyd laser light show. The chorus that follows feels like a bit of a fumble, living up neither to the seductive throb of the verse nor the psychedelic grandiosity of the bridge. At a crucial, potentially anthemic moment, Philpot shuns melody for a monotone and shies away from the monstrous scale to which this album never quite lives up.

At their most terrestrial, Bear in Heaven recall, in vague but noticeable ways, mid-period Modest Mouse—mostly to their detriment; hearing the opening notes of the underwhelming “Wholehearted Mess,” I wish I was about to listen to “Tiny Cities Made of Ashes” instead. “Wholehearted Mess,” like a lot of others tracks on the record, would be more compelling if it let itself plunge a little deeper into the hypnotic drone that it only scratches. Meandering synth lines weave their way around the entire album, but they’re not interesting or sinuous enough to get completely lost in.

Still, there are some points throughout Beast Rest Forth Mouth that, combining the same elements, are undeniable highlights. “Lovesick Teenagers” is one such track: its swelling chorus is an understated augmentation layered harmoniously atop its melodic verse rather than a jarring interruption. “Dust Cloud” is perhaps the most mesmerizing track on the whole album, the only one that lingers long enough to pull you up into its dreamlike stratosphere. The track’s soundscape doesn’t seethe so much as melt and then quietly build to an ethereal crescendo. These two tracks alone prove that Bear In Heaven have the potential to blend subtlety and magnanimity in exactly the right ratio, even if Beast Rest Forth Mouth doesn’t quite sustain its moments of splendor.