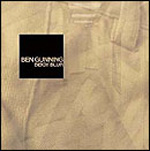 Tweet
"I maintain a belief that pop music can be meaningful, progressive, and modern. . . [it] does not have to be embarrassing or trivial. Given the range of music that has been created and enjoyed by so many under the umbrella of “pop music”. . . I will not accept that some music is intrinsically appealing to the masses while other music is somehow intrinsically lacking in popular appeal."

So that's ex-Local Rabbit Ben Gunning on pop music. He goes on (in his bio, which you can read at his official site) about commercial viability and "the predictable market" after that, but he even taken by itself, it's an interesting (albeit far from revelatory) point. One which, judging by his now defunct group Local Rabbits, he's not bullshitting us with. Though the band masterfully patched together countless genres, it was always their most outright and shameless pop elements that would define their sound if just because they were the most memorable, often opting for hooks or production that other bands were merely scoff at because of -- to loosely tie this back to Gunning's argument -- it being too "pop."

While Peter Elkas, the Rabbits' other songwriting half, made initial listens to This Is It easier to swallow ("Never Had to Fight" and "Poured All That I Got" are killer), Gunning came across as the less inhibited of the two -- his voice capable of convincingly shifting from comical to a powerhouse in a matter of seconds, his songs consistently packed enough hooks to reassure us that, even during his most ridiculous moments, he was being very serious. But once the record's unbelievable opening side ends, Gunning opts instead for an incredibly odd stab at harmonic pop/r&b with "Spilling Mistake," relying instead on bass/synth heavy production. As close as the tracks get to perfecting the indie-pop equivalent of a slow jam ("The Firey Wall," especially), they lacked the visceral punch of the record's guitar-centric openers.

Which brings us, after all but nicknaming the guy Jesus, to his first solo album, and the news isn't quite as hyperbolic. Beigy Blur isn't that much of a drastic change for Gunning -- it's a full-length foray into the pop/r&b tangents mentioned above, if you were wondering where I was going with that -- but its lack of consistency certainly is. As much as it pains me to say this about the guy that wrote "At Least You Got the Cake," Blur is an excellent five-track EP padded with an equal amount of filler. And even amongst some of his best cuts to date, his style's limitations quickly become clear.

"You Can't Charm Me" would've made a strong Rabbits cut, but Gunning's terrific vocal is side-tracked by overly synthetic, watery bass, and Mario Paint-esque bells and whistles, doing little to help drive home its otherwise excellent chorus. Other examples abound: the gaudy choir that backs "The Beauty of God," the bland backing track that never gives "Compromise" a chance, the weak synth hits and processed guitar solo that openly mock "Help Me Through the Night." It's not even that there's much of a difference between his previous (comparable) material, but when the songwriting turns complacent, the production takes center stage, and -- with no disrespect to Don Kerr -- it doesn't come anywhere close to being interesting enough.

When he does hit us with a great hook -- "Why Can't I Leave Myself At Home?," "The Deep Dark Blue," "Oh Rebel," "Drinks" and, despite the arrangement, "You Can't Charm Me" have their share -- the production is, at worst, just there. At its best -- the '80s pop bombast of "Deep Dark Blue's" chorus, and the change in atmosphere when a minor-key descending riff connects "Rebel's" massive chorus back to its verse come instantly to mind -- the full impact of what he's attempting begins to emerge, and it's an incredible thing to hear...at least until it's quickly dulled by the ever-near filler.

Even more damning, the record's lack of momentum becomes more cumbersome with repeated listens -- partly because he's proven himself far more dexterous than this when sharing songwriting duties, but mostly due to his stubborn focus on a single side of his intelligent, singular "pop," no matter how he wishes to define or dissect it. Argue all he wants about the politics of his art, great accessible pop music -- no matter how progressive or modern -- comes down to the strength a great melody, and not even what is arguably the best voice in the Canadian indie scene can make up for Beigy Blur's lack of them.