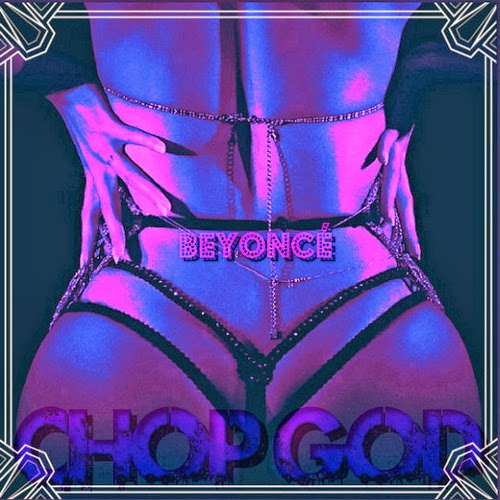 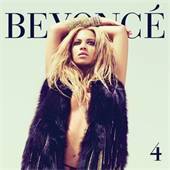 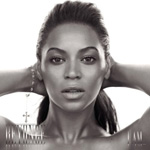 I am…confused. There’s the standard edition of Beyonce’s latest, which is what this review covers, but then there are the songs on the Deluxe edition and the iTunes-only songs and probably I can get another song with a Pepsi proof of purchase or something. I’ll just focus on the standard edition because “confident” or “certain” are a couple things I could say I am when it comes to the probability of those other songs sucking. Just dealing with the standard edition means trying to cope with the sheer ineptitude of a split album where slow songs and party songs are segregated into their own little EP-length discs meant to make you weep and then dance for twenty minutes apiece and in that order. And then consider between the two standard discs and the the two deluxe discs what a waste of, like, earth. (I mean, shit, Beyonce, there’s a recession brewing. You couldn’t put eleven songs on one disc? Help an Obama out). This is pseudo-concept as a total cop-out to even attempting a cohesive album; it’s like throwing an ellipsis into the middle of a short declarative sentence. Oh wait. Here we are, I Am…Sasha Fierce. Where’d Beyonce go?

I am…disappointed. No, seriously. Beyonce always had at least a few great songs that I could buy into: I could believe that Destiny’s Child was paranoid of infidelity on “Say My Name,” if nothing else then for Michelle’s sake; I could believe that Beyonce really was “Crazy in Love” for Jay-Z because I believed that not just she but the song’s writers, Rich Harrison and Jay-Z, were also crazy in love with Jay-Z; I believed in getting Beyonce bodied. But here on lead serious single “If I Were a Boy,” which is somehow not a duet with Ciara, Beyonce satirically role-plays as an insensitive man-boy while she’s still practically honeymooning. Lead silly single “Single Ladies (Put a Ring on It)” recognizes this dichotomy in the most freakishly smug way possible as Sasha Fierce is empowered by the wedding ring on her finger at the same time she continues Beyonce’s time-honored tradition of using “it” as the pronoun of choice for all her ladies, as the ring itself has transformed her flesh to object. See Clay’s reaction to these songs as the only way any sane being could react to these songs: incredulous and shattered in the face of such unbridled absurdity. I Am…Sasha Fierce is all more of the inglorious same, both discs slavish in their dedication to the blueprints laid by their respective openers.

And I am…disenchanted. It’s like Beyonce has had any sense of pent-up sexual frustration appeased, subtler insecurities quashed, a drive for pop superstardom consummated with sole rights to a rich man’s bed. Now that Mrs. Shawn Carter has nothing left to sing about, she turns to brainless concepts brainlessly delivered to a radical extreme of brainlessness that they’re almost interesting. Almost: Beyonce’s throwing horseshoes at hand grenades. This is expression as blunt as a parrot’s, degenerating from the incomprehensibly maudlin “Satellites” into the Fierce realm of vapid “Radio,” more rapid “Diva” (wherein Bangladesh shamelessly chews the cud of his own “A Milli”), and most vapidest of all, “Video Phone.” Yes, “Video Phone.” It’s as if Beyonce’s just writing songs based on what she sees in her bedroom mirror and talking like Brick from Anchorman. Actual lyrical excerpt from “Radio”: “I think I’m in love with my radio / ‘Cause it never lets me down.” This is Beyonce, I realize that, but I’m not asking for Leonard Cohen or anything. Just genuine communication.

I mean, I am...amused. But it’s sort of like the horrific fascination of seeing a train wreck. Imagine, however, that this train has wrecked in a tunnel. Now imagine that the train is Jay-Z’s penis; the tunnel, verily, Beyonce’s vagina. Basically, this album is kind of like watching that—but with no actual participation from Jay, just the yucky aftermath.

So, really, I am…turned off. Beyonce’s party tracks are now as bad as her ballads; in post-marital contentment she’s forced to scrap for angst and comes up with this facade that sounds like a tranny alias for Christian from Season Four of Project Runway. Earlier this year Beyonce’s little sister called herself Sol-Angel and whimsically managed to happen upon a few stellar singles through some key stylistic decisions. Cybernetically enhanced though she ridiculously is, Sasha Fierce brings with her no stylistic decisions, no whimsy, and no good songs. She is the hollowest of constructs; the only sound Beyonce gets back is an up-tempo echo of her own voice, which was already ripping the melody of “Ave Maria” or singing songs written for Leona Lewis (“Halo,” which sounds like nothing other than a “Bleeding Love” redux). Beyonce should have taken a cue from the original Hova: “I AM THAT I AM.” Or, as Barney the Dinosaur might assert, “Be yourself.” Then again, maybe this is the closest version we’ve heard yet of herself, even if she’s pulling a split personality and scattering her artistic voice on the the wind. In which case I just want to hear more Beyonce as interpreted by Rich Harrison.

And though—even as a straight man—I think it’d be sweet to be married to Jay, I am…so glad that I am…not Beyonce. Because if there’s one thing that this record makes clear, it’s that she has become a host of occasionally entertaining but mostly just inane and bland contradictions canceling each other out into nothingness, those contradictions themselves taken snapshot to fill an identity void with their crude B&W polarity. That stupid ellipsis doesn’t lead anywhere; “Sasha Fierce” is precisely the kind of name Nothing would give itself to seem like a hot mess of Something. So, I guess, Beyonce really is…well, you know.