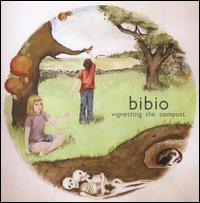 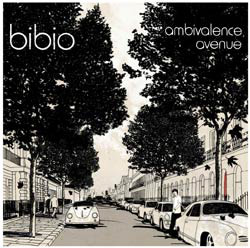 Ambivalence Avenue comes just five months after the release of Bibio’s previous LP, the underwhelming and decidedly homogeneous Vignetting the Compost, but that speed’s no sign of flippancy. Ambivalence seems not only the definitive album of the two, but one approached and executed so differently as to justify its closeness to the former’s release. Plus, soon after releasing Compost Bibio (aka Stephen Wilkinson) became Warp’s newest signee—and when a label of their stature comes knocking, delivering a product in short time seems understandable.

In his review of Vignetting the Compost, Conrad drew an odd comparison between Bibio and passing fancy Girl Talk, arguing that “though their goals are entirely different, they’re rearranging the detritus at another person’s yard sale; Bibio simply eschew the kitsch of one generation for that of another.” It’s true that across previous efforts Bibio’s fascination with a certain idyllic and vaguely antiquated aesthetic showed him operating within the same sense of nostalgia and romance that makes Girl Talk so broadly appealing, but the analogy suddenly makes so much more sense. When Night Ripper exploded in 2006, it immediately drew lines. Thronged with samples spanning three decades of popular music, Girl Talk’s music was as explicitly nostalgic as it was thoroughly fidgety, and so fault was found with its overemphasis on ironic, camp, and nostalgic appeal, but more pressingly problematic for many was the frustrating ephemerality of everything. It simply refused to sit still. In this jittery eclecticism, critical eyes saw a reflection of social impatience and inattention, a damning byproduct of a youth culture more interested in Twitter than literature, and it was hard to dissuade skeptics of the potential value in art that aimed more wide than deep.

Ambivalence Avenue finds Girl Talk comparisons holding more water than Conrad had probably ever predicted possible, as Bibio here scraps unity and coherency almost altogether. Wilkinson’s previous albums saw him cultivating a very singular sound, one that, while maybe too samey, was mostly distinctive and entirely consistent. From the Boards of Canada discography Wilkinson had culled a few key stylistic markers—notably that twangy, distorted guitar—and proceeded to make a career out of it. Bibio was an artist whose music was safe and pleasant, which is far from the worst thing an artist could be, but Ambivalence Avenue is a fairly remarkable striking out against just such descriptors. Yes, he is often still pleasant, as on the dreamy Compost retread “Lover’s Carvings,” but he is only rarely safe.

Though the title track kicks the record off in fairly typical Bibio fashion—with that distorted-twang guitar in full force and the vocals characteristically innocuous—its follow-up, the improbably funky “Jealous of Roses,” provides by contrast one of the record’s most gleeful juxtapositions. “Jealous” feels somewhat tepid in execution, but its very existence, particularly given its early appearance, are crucial in introducing Bibio 2.0. It’s this deliberate eclecticism stands at the crux of Ambivalence Avenue: these discrete gestures aren’t always successful, but they’re a refreshing change for an artist who’s made a career of a singular aesthetic identity. So distinctive are Bibio’s stylistic divergences that it’s when he’s operating in his characteristic fashion that the record falls most flat. The fleeting “All the Flowers” fails to excite across its brief running time not simply because its pleasantness feels rote, but more importantly because of its placement aside songs of considerably more interest. “Fire Ant” finds Wilkinson forgoing effete cuteness and sounds all the more invigorating for it; its glitch markers land squarely in Prefuse 73 territory, but if this is merely trading one influence in for another, he at least has the sense to keep things moving.

That Bibio’s so suddenly evolved beyond his self-induced stasis is reason enough to pay attention. Does the contrast of the hyperactive dance jam “S’Vive” with the whispy acoustic number “The Palm of Your Wave” signal some fundamental cultural restlessness? Lighten up; I think we’ll be okay. What’s crucial for Wilkinson isn’t the sensibility of cohesion but the continued consistency of quality—whatever they sound like and from wherever they come, these songs just need to sound good. And they do.