Other Records by Billy Corgan 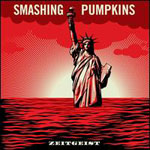 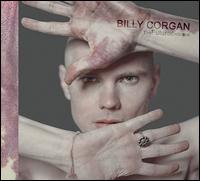 Billy Corgan recently gave an interesting explanation for The Smashing Pumpkins’ seemingly lagging critical reputation: he blamed himself. “You see no serious discussion of my work,” he told Pitchforkmedia’s Julianne Shepherd. “Why? Because it’s all focused on the persona: Billy Corgan […] I created a paradigm by which I could succeed, and until recently that was the only way I could do it.” What he said in the interview was that he amplified his braggadocio and ego as a way to deflect the personal and vulnerable subject matter of his lyrics. What he didn’t say --- perhaps because he failed to understand --- was that this “amped up part” of his personality was a two-edged sword, not an accidental byproduct of the nature of his success.

Put it another way: The Pumpkins (who are as deserving of a thorough and exhaustive study as Nirvana and Sonic Youth) rose and fell on Corgan, not so much because he did all of the work but because it was really his vehicle. He wrote nearly all of the songs, performed most of the instruments himself, and, finally, sang songs that --- as dishonest as he may now believe they are --- were explicitly and publicly autobiographical. The band was all about Billy, all of the time. There’s no reason to doubt the sincerity of his insecure lyrics, but all the same, he simply couldn’t have pulled off the Pumpkins’ famously grandiose ideas without being confident and very, very self-assured. This isn’t personality disassociation, but merely the duality in all creative people, or at least the ones worth knowing about.

What’s interesting about Corgan’s success is that by tapping his own nerve, he also tapped into the teen-angst riddled zeitgeist of the mid-nineties. It helped that he also made a whale of an album: Siamese Dream is on the short-list for best North American albums of its decade [full disclosure: it is also this author’s favorite record, period]. It’s grungy without being sloppy; simply written and calculatingly orchestrated; loud enough to blow my first two pairs of headphones while being delicate and ethereal. Duality, duality, duality! Corgan’s plaintive lyrics are barely perceptible underneath a boatload of fat guitars. Even the name implies two facets of the same DNA.

The nineties progressed, however, and after Teen Spirit came ska, and when the dust settled the whole shabangabang - commercially and artistically - was being left in the dust by hip-hop. The Smashing Pumpkins’ enduring success (such as it was) relied largely on the fact that they had previously been successful - people cared to look through another window to Corgan’s life because people already cared about it. This line of thinking seems to have reached its apotheosis with his first nominal solo album: the only reason anyone would care about Billy Corgan’s first solo record is because you care about Billy Corgan.

I don’t think this is in the least bit unfair, because that is exactly how TheFutureEmbrace is being marketed: “he’s finally holding nothing back; he’s finally revealing himself entirely; he’s letting himself go!” Cue the gossip-generating blog posts and the autobiography! Cue the cover art: it’s Billy without a shirt, clearly signifying that the record is so revealing it’s like being naked! Well, look closer, at the large and unsightly birth mark all along the underside of his raised arm. Any Smashing Pumpkins fan worth their salt will tell you all about how that birth mark was a source of huge embarssment, and he always had it covered in photos. Now it’s right smack on the cover of his solo album. You bet it’s calculated, but it’s also proof positive that he’s serious: all Billy all the time just became all of Billy all the time.

I beg the reader’s indulgence with so much back story, since the album itself feels a bit like an afterthought. There are exactly two remarkable qualities about it. The first is its brevity: at twelve songs and a mere forty-three minutes in length, this is easily the shortest long-player he’s ever done. One of the salient (and most accurate) criticisms of the Corgan oeuvre is its size; now, with no one holding him back, he only gives us eleven original compositions, averaging about four minutes each (the odd one out is “To Love Somebody,” the Bee Gees’ plastic soul standard recast here as a minor-key dirge with an unrecognizable Robert Smith on harmony vocals). (Wait, did I really just write that sentence?)

The second quality is that TheFutureEmbrace bears more than a passing resemblance to Ultra, the Depeche Mode album from 1997. This isn’t simply because both are essentially an eighties gloom-synth-pop revival through the lens of distortion-heavy nineties alterna-rock, but I mean literally: “A100” seems to be comprised of the same equipment that “It’s No Good” was, down to the low distorted bass-synth to the echo-laden saw-tooth synth. The only thing missing is Martin Gore’s guitar, or a hook of any kind. And this is one of the better songs on the record...

Corgan’s decision to eschew his famous guitar sound isn’t without antecedent: the easiest comparison is to the willfully difficult Adore (an album which I am willing to, and probably one day will, take to the mat). Here, he sings over a bed of gauzy and indistinct synthesizers, slick with echo and distortion effects, and mostly in minor keys and somewhere south of 100 bpm. This, to me, is true “sad bastard music": self-referential, mopey, evocative of permanent mist and black eyeliner. The tragedy here is not that this is a mid-nineties retread, though, as much as Corgan’s songwriting is Machina level unmemorable.

It didn’t have to be this way. “Dia” and “Mina Loy (M.O.H.)” sound enough like New Order and Joy Division to have a shot of relevancy in the age of Interpol. Alas, duality: they’re propulsive but they have no kick. “Mina Loy” sounds like a demo for “Eye of the Mourning” on a $400 Casio, and “Dia” relies on a lyrical hook of “You know something? I feel nothing.” “All Things Change” is an artificial and contrived burst of sunlight on a positively subterranean album, as is “I’m Ready.” The latter is an exploration of his renascent relationship with God: “Oh Lord I’m ready / Whoever I was born to be, I already am.” Yeah. While Corgan has never been a consummate lyricist, he’s not even trying now: “we can change the world,” he lazily intones on “All Things Change.”

In the end, I find the lack of substance (in the quantitative sense of the word) to be telling. Billy Corgan is a man who desperately wants to say something, in spite of or maybe because of the fact that he has nothing to say. An artist who has made a career of documenting his feelings and history suddenly feels the need to "reveal everything?" This should send up red flags, and it does.  What made the Smashing Pumpkins outstanding was not just the level of craftsmanship that went into the work, but the empathy that it engendered with its audience. TheFutureEmbraace, by contrast, is cynical personality cultism at its most insular and boring.