Other Records by Biosphere 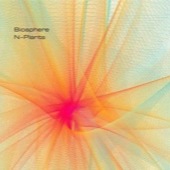 Much has been made of N-Plants‘ origin-point: a photograph of the Mihama nuclear plant which, located so near to the sea, provoked Geir Jenssen (aka Biosphere) to write an album probing both the designs of Japanese nuclear plants and the implicit dangers given its fault-lines running underneath. Recording wrapped up in February and, a month later, the Tōhoku earthquake devastated tens of thousands of lives. That the online community has jumped behind—and, in several cases, championed—N-Plants on the heels of this sad coincidence for its prophetic eeriness isn’t surprising, but it’s telling when Biosphere and Touch Music also embrace the troubling connection for press release fodder. Quoting Jenssen’s friend, who inadvertently broke news of the earthquake to him over Facebook, Biosphere’s press release closes with an unwitting cliffhanger: “But more importantly: how did you actually predict the future?”

There’s a fair amount of reaching going on behind the scenes of Biosphere’s marketing think-tank and it doesn’t take a devious mind to understand why: N-Plants is sort of boring. An ambient record that covets textural dexterity above all else, Biosphere’s latest clings to painstakingly assembled beat concoctions that interact on microscopic levels. Don’t press play expecting to hear sweeping, emotional progressions or even discernible melodies; for Jenssen, these glitchy, intricate foundations represent the compositional whole. One would think the ambition behind Jenssen’s minimal craft should be story enough, his techniques rooted in stark opposition to electronica’s quest for instant gratification (via chiptune, Balearic, chillwave, etc.). Instead Biosphere offers nine buzzing, clopping and whirling IDM tracks that, despite feeling stubbornly remote, can seep into one’s subconscious over their generous run-times.

Of course it doesn’t help that two of N-Plants‘ least engaging tracks are the longest, or that they arrive first. But both “Sendai-1” and “Shika-1” realize Biosphere’s nuclear objectives; the former establishing a futuristic environment via pulsating codas, the latter introducing shell-conked rhythms offset by field-recordings of distant alarms. Nothing here sounds plucked from cutting edge electronic software; it’s Jenssen’s knack for hewing these lived-in, exotic details that renders his aural surroundings so convincing, which in turn carries our interest through some tedious stretches. And that’s unfortunately the give-and-take when the surroundings take center-stage, when the progression halts at the foundation. Without even an implied narrative, Biosphere foregoes any lucid exploration into the dangers N-Plants supposedly mused over in the first place. Even the (comparatively) brawny combo of “Genkai-1” and “Oi-1,” with their circular synth patterns and swift tempos, can’t cut loose of the record’s gaseous norm, or elicit any drive beyond sterile hall-pacing.

In the end, Biosphere has created a ho-hum score to one’s average visit to a nuclear plant, recognizing in passing glances both the grave risks of radiation and how slowly the hour-hand is capable of moving. Fittingly, N-Plants conveys more dread than the average ambient-techno album, its minor key prodding (“Fujiko”) and bloodless synths (“Joyo”) keeping listeners on guard for an imminent payoff or disaster. But neither happens, in no small part because Jenssen’s songwriting arc is perpetually flat-lined, and that lukewarm stance makes N-Plants‘ press release all the more needed but inappropriate.