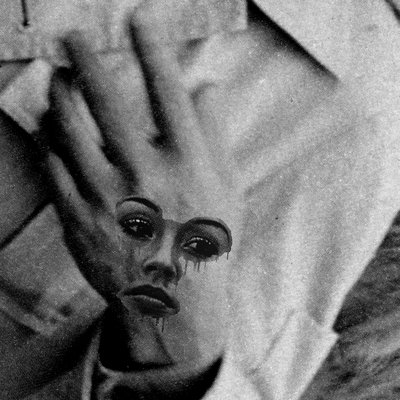 If you predicted that Dave Fridmann producing Black Moth Super Rainbow would result in something a lot more Air-like, pat yourself on the back. If you guessed that fans of weird, lo-fi psychedelia would be disappointed, mainstream publications that still throw acclaim over new Flaming Lips albums would suddenly jump aboard and everyone else would just ignore it and the whole thing would be forgotten about in a month, well, it’s too early to tell at this point but I think you can give yourself another gold star.

It’s somewhat sad that opinions about this record could’ve been formed on the basis of the press sheet, especially since not a lot has really changed since Dandelion Gum (2007), namely that this band has and always will be a sugar-coated pop group. That album gave Conrad a toothache and I can understand why: there’s something kind of overwhelming in this band’s giddy head-rush, a feeling like the belly ache that comes from eating too much cotton candy. I’ve always thought that’s part of the measure of a good psychedelic band, if they manage to mix wide-eyed wonder with something darker, a dichotomy that Fridmann just about perfected on Deserter’s Songs (1998). We all know the unfortunate fall from unhinged romantic paranoia to doe-eyed mystical garbage that Mercury Rev have taken in the last decade (sorry, Abravanel), but Eating Us—whether it’s the band or the producer—manages to sustain the quiet loneliness and melancholy of childhood better than that band. Even if it does lean too heavily on airy flutes towards the back half, which I’m going to go ahead and surmise is in fact Fridmann’s fault.

I’ve heard more than once the complaint that the two and a half minute teaser pretty much gave away all of the ideas contained on the entire album, which is valid, except that repetition is all part of this band’s mandate. How much more effective is the downright disturbing “Iron Lemonade” when it repeats those twisted lyrics (“Iron lemonade / Wash my friends away / Iron lemonade / Eat my face away”) over and over? And in terms of surprises, this track at least has some: namely those explosive prog-rock slides at the end, possibly the band’s most epic moment. On the other side of the spectrum there’s “Fields Are Breathing,” a mostly acoustic track with Tobacco (presumably) singing through his breathy vocoder: “Waiting for the sunlight / To throw me through the floor.” Again there’s the use of soft, idyllic images in a violent context, but this time to completely different ends with an overall effect that’s more yearning than menacing.

It’s hard to fault what Fridmann does with the band, even if a decent argument could be made that the frayed, lo-fi edges of Dandelion Gum gave them more character. What the enhanced production does do is make all their trademark elements clearer and more versatile: the vocoder that has and probably always will be heavily smeared over every single vocal can only do so much, but the more organic percussion and strings surrounding it add a surprisingly-pastoral element.

And I can’t see how even naysayers can find any fault with “Born on a Day the Sun Didn’t Rise,” a beautiful guitar-pop (!) gem with trip-hop beats, New Weird America getting its very own Beta Band. “The Sticky” continues the breakbeat fascination along with some funk bass, which is all a nice break from some of the more sedating tracks. The latter, in particular “Dark Bubbles” and “Gold Splatter,” sound like the introverted, self-absorbed younger sibling of Stereolab’s up-with-people positivity.

And perhaps these comparisons point to the limits of Eating Us in relation to its predecessor. The only fault with the heightened production values—and the only real advantage that home recording has once you discard all the “authenticity” bullshit—is that the band’s idiosyncrasies become a little bit glossed over. In other words, Black Moth Super Rainbow seem to finally be allowing themselves to be cast into the ring with other ’90s/‘00s psychedelic staples, even as they’re following their own path. They’re gradually sounding less like a strange hybrid animal out of the woods of Pennsylvania and finding closer affinities with scenes in Chicago and Athens. Eating Us works as a pop record and tends to be only as good as its songs, as opposed to the monochromatic statement of purpose that was Dandelion Gum. Luckily, these are some pretty good songs.