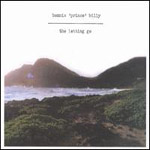 Will Oldham, over the course of the last 14 years, has managed to evoke any number of complex emotions and moods. His early recordings had the manic chord of the back-woods nutcase, mixing sin and punishment, the holy and the profane. More recent releases see him dealing with commitment, love, and, uh, plenty more sin. The central themes of his music are consistent: desire, sex, death, darkness, violence, and, occasionally, hope. The Letting Go, Oldham’s fourth proper LP under the ‘Prince’ Billy moniker (not counting a slew of collaborations, compilations, and one-off projects) isn’t necessarily his most focused record (that’d be Master and Everyone [2003]), but it captures a sort of emotionally tortured state that seems to be present in his best work. This is an album about pain and the release that comes after, and the music captures this. It also finds him doing something entirely unusual: getting personal.

This is private music, but it’s also, paradoxically, one of Oldham’s more collaborative albums. Jim White and Paul Oldham both add important elements, and the production, courtesy of Valgeir Sigurdsson, is the best of Oldham’s career. The most immediately striking contribution, though, is from Dawn McCarthy of Faun Fables, who appears on nearly every song here and even wrote her lyrics for the title track. Her voice is gorgeous, and Sigurdsson treats her vocals lovingly, matching them perfectly to Oldham’s quiet growl. Of course, that growl has grown, too, as his vocals on “Love Comes to Me” prove from the outset.

That first song sets the mood for the album. Oldham opens with the gruesome stanza, “When the numbers get so high / Of the dead flying through the sky / Oh I don’t know why / Love comes to me.” The music, a wash of quiet strings and subtle percussion, adds an additional disconnect. The next four tracks, including the brilliant “Cursed Sleep" and the equally good “Strange Form of Life” allow Oldham to play around with the possibilities that this sort of orchestration and production allow his songwriting.

Of course, uncomfortable with any one style, Oldham begins stripping away layers and minimizing the songs, starting with the old-fashioned “Cold & Wet,” an odd choice for second single but nonetheless a good song. The beautiful “Big Friday” harkens back to the best of Oldham’s imagery-laden, naturalistic Palace-era work, but again, with a sheen that his ‘90s material never had. “Lay and Love,” on the other hand, lets Jim White go nuts on the drum settings, and both Oldham and McCarthy sound unbelievable on the love-struck opening verse of, “From what I’ve seen you’re magnificent / You fight evil with all you do / Your every act is spectacular / It makes me lay here and love you.” The album’s final section draws the album in tighter and tighter. “The Seedling” is positively hostile, while the title track and “God’s Small Song” are all regret and loss. Oldham closes the record with “I Called You Back,” one of the most simple, beautiful songs he has ever written. The untitled addendum track bears little comment.

The Letting Go is a long album--Oldham’s longest, by my count--and can be a little dense. It’s nowhere near as inviting as his previous works, even with the excellent production and introduction of strings. But give it a few weeks; it’ll grow. There’s a clear logic and flow to the disc which certainly helps it along, but largely it’s due to the feeling that Oldham really means it. Prior to The Letting Go, one might’ve expected a few joke tracks or at least something bat-shit crazy, but there’s none of that here. Perhaps he worked it out of his system earlier this year with the Tortoise collab, or perhaps he’s really just that serious about these songs. I’d argue that he is. Perhaps the best case for this is in the album’s title itself, taken from the Emily Dickinson poem After a Great Pain, A Formal Feeling Comes. The final stanza of the poem reads,

This is the hour of lead
Remembered if outlived,
As freezing persons recollect the snow--
First chill, then stupor, then the letting go.