1. A Little Longing Goes Away 2. Be Good to Them Always 3. Vogt Dig For Kloppervok 4. Smells Like Content 5. It Never Changes to Stop 6. An Animated Description Of Mr Maps 7. Venice 8. None But Shining Hours 9. If Not Now, Whenever 10. An Owl With Knees 11. Twelve Fold Chain 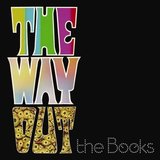 The Books: The Way Out 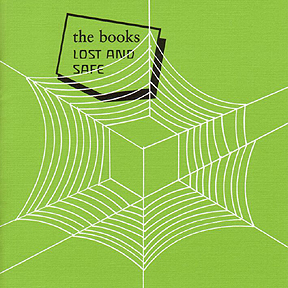 The whimsy of The Books has gone, replaced by a melancholic whisper of sorrow. Where The Lemon of Pink was more of a re-working of Thought for Food, Lost and Safe removes much of the chaotic elements of its predecessors, substituting a more focused, and therefore cohesive approach to their cut-and-paste style. The vocal samples join together in a way that presents an ambiguous narrative, one that may not necessarily tell a story, but gives off an array of emotions: regret, fear, nostalgia, loss.

What a Books fan will undoubtedly notice with the first track, “A Little Longing Goes Away,” is the lack of their trademark samples of fragmented vocals. Instead, Nick or Paul (not sure which, their website is maddeningly unhelpful) sings, his whispery tenor flanging over a droning organ, not quite unlike The Dead Texan.

“And so, one leg is shorter than the other. Can nothing more be done?”

Which isn't to say The Books have completely flipped; they've just, in a manner that may split Books fanatics,matured. Besides, it's not like all of Lost and Safe is attempting to forge new ground. “Be Good to Them Always” and “If Not Now, Whenever” have all the unmistakable qualities of The Books: the bizarre sound clips, the chopped guitar, the electronics.

“Look at it this way, you may fall and break your leg.”

However, Lost & Safe best transcends the capricious nature of its preceding albums when Paul and Nick consciously distance themselves from their previous work. “It Never Changes to Stop” starts off simply, a sweet number circling around an echoing banjo refrain and Zammuto’s cello work. Halfway through the track, a voice suddenly cuts in, something of a cross between Dubya and R. Lee Erny. We listen as he chastises a class: “LOOK UP HERE… nobody talk, nobody move.” It’s isolation from any point of relevance makes it all the more haunting.

There is no “Tokyo” here, no “All Bad Ends All, songs that mesh frenetic acoustic strings into fantastically catchy and up-tempo beats. What we have instead is “An Animated Description of Mr. Maps,” a song revolving around violent, crashing drums. A narrator begins midway through the song, describing the man (42, 5’8’’, unusually strong, bearded, has a pipe, who might very well be living abroad) each syllable punctuated by a snare drum. Who is he? Is he a relative? A friend? A stranger? A science experiment? A science teacher? An amalgamation of American machismo with European intellectualism?

No matter, just look at this quote they end the song with:

Hardly poetic, but certainly to the point. Lost & Safe cannot be called an anti-American, and therefore anti-Bush album. There is nothing specifically referencing the U.S., other than the aforementioned quote. However, the general tone evoked by many of the excerpts more than suggest that The Books have had enough with American culture and foreign policy.

“A culture is no better than its woods.”
‘The modern town hardly knows silence.”
“You know, I simply cannot understand.”
“You are something that the whole world is doing.”
“It will rain, it will rain.”

De Jong and Zammuto have sampled the American way of life and it has left a sour taste (a viewpoint made even more refreshing that it is not in the form of acoustic Americana). It has made them cynical for the better.

“Oh how sadly we mortals are deceived by our own imagination.”

Like misbegotten children climbing on the back of their older and indifferent brothers, most artists who have taken on a personal quest to attack our current regime choose to inarticulately rant and rave with every public appearance. The Books are more avuncular in nature, white-haired and weary, sitting on their porch and shaking their head in disbelief as they watch us burn ants with magnifying glasses. Lost & Safe is the byproduct.