Other Records by Boris and Michio Kurihara 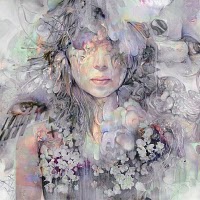 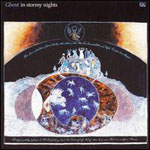 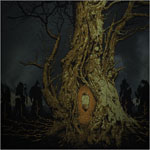 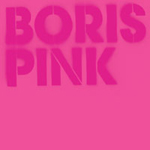 Boris has always acted like a band with something to prove. The elements were in place for fetishism -- abstruse aesthetics, endless prolificacy, Japaneseness -- but it wasn't until Pink (2005) that the band cemented themselves as indie icons of the first order, garnering cred in Clipse quantities and netting orgasmic write-ups in little-known webzines like the New York Times, among others. At the time, the album sounded like a mission statement, a furious assertion of dominance that would've seemed a bit alpha-male ("My Machine," "Women on the Screen") if the music hadn't sounded so resolutely like the fast-motion collapse of social, religious, and musical hierarchy (hello, "Just Abandoned My-self"). Follow-up Altar (2006) was another act of defiance, a reminder that the band could deliver one single, gonging climax on an album as easily as they had delivered a thousand such climaxes on Pink. Scattered between these major releases were a dozen works of various volume and texture, forever complicating attempts to pigeonhole the band. Staying familiar with the multitudinous Boris oeuvre would seem to necessitate an abandonment of, like, sleeping.

All of which is what makes Rainbow, 2007's first Boris release, such an unexpected pleasure. If Pink distilled the lessons learned from a decade mapping the outer ranges of tolerable sound composition, and Altar proved that Boris can still structure an album as cataclysmically as anyone, Rainbow is the worn, unaffected statement of abject purposelessness that follows the release of over fifteen recordings in two years. In Ghost's Michio Kurihara they've found an ideal collaborator (at least for this Boris); Kurihara functions as a suppressant, effectively forcing the band to temper the furious noise that comes so naturally from them so that the subtleties of his psych-trills have proper room to breathe. The result is an album boiling over with gorgeous tension and easy release, of bluesy simmering and cerebral quietude. And in the process, Boris may have accidentally reinvented themselves. again.

In their relentless obsession with the sounds that can unintentionally come from an electric guitar, Boris have never shied from American blues, and between the method and the palette there is something delightfully antiquated about them, a certain wholesome nostalgia in their psychedelia. Kurihara's presence, however, conjures the ghost of Hendrix with greater clarity than ever before. Rainbow's best tracks force the musicians to borrow the template Hendrix established on Electric Ladyland (1968), a template malleable enough to be drawn across three Experience albums, and, like the Experience before them, the secret weapon of this construction of the band is the drummer (Mitch Mitchell for the Experience; Atsuo here). The rolling slow-burn of "Starship Narrator" is kept alive by the crack of a snare, and torn finally by a constant crash cymbal on the chorus. Without Atsuo's deep patter, the title track would be nothing but Wata's whispered vocal and lonely guitar chimes. Thus grounded, Kurihara's guitar is the squalorous stuff of getting-really-high legend.

It's the drums, again, that are "You Laughed Like A Watermark" 's fleet-footed and spare steady point, so that when Kurihara finally gets to shred -- yes, shred -- the terse disjunction is almost too much to bear, a climax at once melancholy and tough. This is heady music, to be sure, and frequently quite badass, but Rainbow's real triumph is in its overarching consistency, in the tenderness of the atmospheric tracks alongside the pummeling ruckus found elsewhere. Twinkling "My Rain" and desolate Altar throwback "Shine" form the album's quiet centerpiece, while "Fuzzy Reactor" recalls Radiohead rather than Earth. We can go on, track by track, like this ("'Rafflesia' returns Pink's bid 'Farewell,' opening like the sky to colossal sheaths of righteous feedback," etc.), but, really, you get the point. Rainbow is another monstrous record by one of music's most interesting works in progress, and right now it seems a shoo-in for best Boris record of 2007. Well, of winter 2007, for sure.