Other Records by Boxcutter 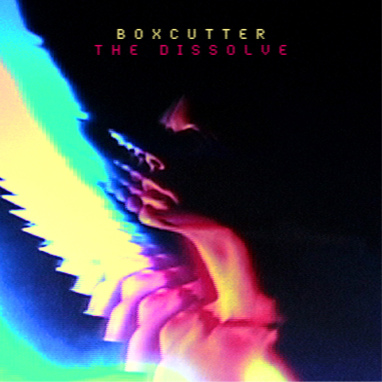 If you look up Boxcutter on dubstepforum.net, you’ll see the Irishman’s appearances are akin to Halley’s Comet: infrequent, blazing, not seen by nearly enough people. It isn’t his fault the scene’s become crowded with kids in search of inner ear damage. Perhaps that’s why The Dissolve, Barry Lynn’s fourth full-length, takes bolder and bolder scalpel strokes to create 49 minutes of dubstep, trying so hard to be the opposite of the rain-lashed muggings we’ve come to expect from UK electro, and instead aping Isaac Hayes on a beach holiday. Sticking to the highly technical boundaries of his IDM/dubstep territory, Lynn’s palette on The Dissolve is very colourful, blending ’80s surf guitar with state-of-the-art soul beats. Any more soulful and Isaac Hayes himself would be collaborating, provided a Scientology hologram gets included somewhere on the cover art, of course, and the “Church” releases his cryogenically frozen head.

The most striking thing about The Dissolve is its warmth; Boxcutter’s never been an aggressive dub producer, but the grooves and melodies he strings together here seem implausibly sweet, like cots made from scrap metal. And it’s all done without treading on his signature style: the jungle breezes and dramatic keyboards of “Zabriskie Disco” seem cut from some rose-tinted platform game, while “Cold War (vs Ken & Ryu)” actually is, weaving a tapestry out of Isao Abe’s 8-bit score and adding beats like snapping mousetraps. He even wheels out the tinny world music they used to play when a daytime TV show faced “technical difficulties.”

Most of these experiments are backed with deep, cavernous bass lines, ensuring Lynn’s project thrives beyond specialist headphones only. Though the one experiment that may deter the unconverted is the addition of sun-kissed electric guitar, which will probably have the teen dubstep addicts lighting torches and looking up Lynn’s address. Imagine downtempo Joe Satriani in his ripped denim years trying to keep his hair out of the DiMarzio. Airbrush out the backing band and the result is “Passerby,” urban electro for people in grass skirts, wobbling like a date-raped Don Henley. Lynn has a lot of fun with this perversity, letting it spill through the funk of “TV Troubles” and into the haze of the title track (by which point Brian Greene has assumed vocals, using his R&B style to ramp up the heat). Boxcutter feeds him grooves, coaxing a night’s worth of beats out of one techno idea. It sounds like Radio 1 on a Friday night being fed through a mangler, and that sounds good. You’ll have to trust me.

Having put down the guitar—plus several other more oddly placed instruments—Lynn rolls back his sleeves and shows what he can do with a sub. Greene is allowed back for the digital sex and diced dolphin noises of “Ufonik,” and before the big exit Lynn starts punching dirty, aiming for louder things than fax machines. Crisp echoes and repressed hoovers provide the pilot light for early single “Allele,” which ends with assorted dog noises reverberating behind a reggae pad. Lynn plucks Morse code on “Factory Setting,” goes ambient on “Little Smoke,” and generally ticks lots of boxes (ticking about twelve with “All Too Heavy” and its spooky, spine-tingling grime). It’s this cramming which makes The Dissolve such a flagship Planet Mu record: the collage of styles, many overlapping, but each included only for enjoyment. Whether he likes it or not Barry Lynn has made music for a lifetime of retro shoe adverts, and comes out infinitely less boisterous than what you’d expect from something you’d built of strobes and synthetics. There are a few moments on side B that could fool you you’ve picked up an old Orb album, but otherwise The Dissolve is very forward thinking. Picture a melting pot on par with Burt Bacharach’s.