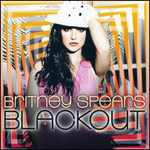 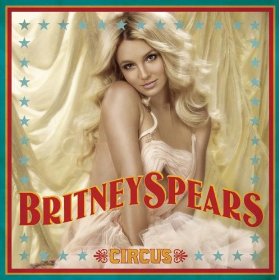 I loved Blackout—proper loved it. Before, I had no time for Britney or her various incarnations. The Mouseketeer Lolita that gave us “Hit Me…” and inspired a league of women to wear school skirts in clubs and do that hand-to-the-head-sideways-hair-flick dance move. The petulant womanager that gave us the anemic demands for respect “Overprotected” and “My Prerogative.” Not even her desperate clod-hopping genre chasing on “I Love Rock’N‘Roll” or “Me Against The Music” made me gave even the tiniest of fucks. The only time I paid any attention was with “Slave 4 U” and “Toxic.” Apart from those two killer tracks Britney never produced anything that had any bite, no matter how many purrs, mewls or vocal hiccups she used to disguise her limited range.

Then, after her well-documented descent, she returns with “Gimme More,” a grinding electro dirge at slightly too slow a BPM to really classify as a dance jam, her vocals dry and sapped of her usual affectations. Seriously, brilliant: I’ve dropped it after Hot Chip’s “Over & Over” and watched people go ape-crazy. Best, for Blackout, it wasn’t a one-off. The stuttering “Piece Of Me,” the thrum of “Heaven On Earth” and the defiantly idiotic R&B of “Get Naked” all bizarrely boasted flat vocodored vocals. They’d be listless from another artist but after Brit’s career of hiccups and giggles and autotunes they sounded revolutionary. It seems, in hindsight, that Britney + Producer – Britneyisms makes for a great formula. Even the title, Blackout, suggested that in her fame-doused stupor she had managed to arrive safely without really needing to be there. It was the album equivalent of drinking nothing but peach schnapps for twelve hours and waking up at home, in bed without having soiled yourself, lost your wallet or fucked something unfortunate. It was, in short, truly magical.

But now we have Circus, and I’m already annoyed. For example, halfway through the second track, we get this: “There are two types of people in this world. Those who entertain and those who observe.” Oh, fuck off. Shambling performances and public meltdowns are hardly entertainment (except for those with a bet on Deadpool). She seems, after everything, completely unaware of herself. She believes she’s the top attraction but in truth the album should have been called Sideshow. Those that followed her story rabidly on TV, after all, weren’t doing so out of loyalty to her but like a crowd at a car crash, and even then she was one-upped by fresher messes like Lindsey Lohan and Amy Winehouse. Still, that’s in the past—let’s see what back-from-the-brink Britney’s like.

In short, not so good. “Womanizer” is instantly unlovable. That play-sexy purr is back but that’s not what galls. Since nothing from her personal life has remained personal, the song’s sentiments just sound dumb. Who’s she singing about? That paparazzi with the goatee that even a mother wouldn’t love? That charmless opportunist is a “Womanizer”? But, meaning aside, even though the song is melodically bereft there was a hypnotic quality about “Gimme More” and its lolloping beat. “Womanizer” replaces that with a skipping chirpiness that tips it straight into annoying. And that’s the problem with Circus as a whole. Essentially, Britney’s back, she’s connected to the material and…she’s annoying.

Bizarrely, it’s with “sexiness” where Britney really struggles. Where Blackout‘s sexuality was rooted in its grubby beats and seethed with the kind of perversion Xtina could only really showboat about, Circus panders on a type of sexuality seldom seen outside of ’70s B-movies. The baffling “Mmm Papi” is, despite layers of moans and groans, too cutesy-cutesy. It’s like she’s struggled back into her “Hit Me..” schoolgirl outfit and baby-talks. Besides that, there’s a vaguely-racist Latino impersonation at the end of the track, which makes the whole song a grubby affair and, were I straight, decidedly limp-making. There’s also a song called “Lace And Leather.” With slap-bass. FFS, COME ON!!!

Although Pink’s “So What” wins the award for most-alienatingly narcissistic song of the year, “Kill The Lights” comes awfully close. “Is that money in your pocket or are you happy to see me?” coos Britney. True, you could argue that “Piece Of Me” has precisely the same sentiment, but, whereas that song was delivered with a tossed-off flippancy, “Kill The Lights” is delivered with gusto. “I don’t give a damn what you think of me” is pretty hard to believe from someone trying so hard, and Britney, if nothing else, tries hard. There’s a song called “If U Seek Amy.” Was “See You Next Tuesday” already taken by Fred Durst or something?

So, Britney’s back with a brand new anti-Midas touch. In the past few years she focussed on and fucked up her personal life. Now, by involving herself in her music again, she’s managing to fuck it up as well. Circus is a saddening step back to her glossy yet unengaging In the Zone era, which is a shame. The only standout is the woozy, flange-guitared “Blur.” Showing off a disarmingly soulful vocal, it sets the tone for a great come-down album that could have been. It’s a shame she didn’t have the guts to make that album. That really would have caused a media circus.