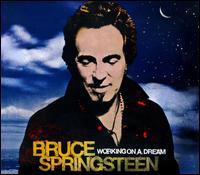 Bruce Springsteen: Working On A Dream 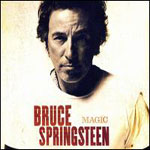 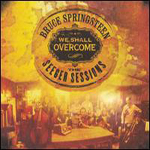 Bruce Springsteen may be the single most divisive popular songwriter in the history of rock and roll. To some, the name evokes fanatical contempt -- he epitomizes the wide-eyed uber-sincerity of Heartland rock and the familiar working class characters that populate it with saccharine enthusiasm. His fans love him just as passionately, and for exactly the same reasons: Springsteen concerts are religious experiences not simply because of the Boss’ magnetism as a performer, but also because of the feeling of righteousness and salvation shared by his audience. Bruce’s music and performances offer a sacred kind of release to his many die-hards; through all his stylistic shape-shifting and ever-changing outlooks on the world around him, that release has always been front and centre. To them, it is almost unthinkable that he could ever make a bad record.

Springsteen’s latest release Devils & Dust has garnered many early comparisons to his gothic pseudo-folk efforts Nebraska (1982) and The Ghost of Tom Joad (1995). While not entirely unreasonable, that assessment is a little short-sighted. While much of the album does explore the same sense of desolation and embitterment as those earlier outings, it ends up not being nearly so bleak or musically spare. In fact, many of Devils and Dust’s best moments are its lighter ones: the rockabilly pop of “All the Way Home,” a virtual re-write of “Tougher Than the Rest,” and “Maria’s Bed,” a lilting paean to a Latino prostitute. It also features “Leah” and “All I’m Thinkin’ About,” two of the most endearingly straightforward love songs Bruce has written -- the latter of which, sung in wheezing falsetto, may be the single rosiest song Springsteen has ever committed to tape.

Of course, when The Boss’ themes do get darker, he handles them with reliable intensity and deftness. The opening title cut, written in the days following the “Shock and Awe” strike on Baghdad, warns against the Bush-era culture of fear and jingoism with Bruce’s trademark sombreness: “What if what you do to survive kills the things you love?” he asks, and one wonders why no pundit or politician managed to ask a question so incisive last fall. In “Black Cowboys,” a young man emotionally estranged from his mother robs her gangster beau and runs away to the South, with the song’s gloomy non-ending immediately evoking Nebraska’s studied hopelessness.

Honestly, there’s hardly a weak song on the album, but there is a catch: the sanitized MOR airbrush given to it by producer Brendan O’Brien (Pearl Jam, Neil Young, Train, Incubus). While his technique did give some muscle to a few of the more upbeat tracks from 2002’s The Rising, it makes much of Devils & Dust feel frigid and overstuffed, with slick drum machines and Pro Tool-ed guitar overdubs abounding. These songs are too intimate to invite such lukewarm arrangements, and much of the album suffers as a result.

Like all of his records before it, Devils & Dust sounds at once like everything and nothing Bruce Springsteen has ever released. While it features his ever-dependable blue collar earnestness and Heartland aesthetic, the album’s musical and thematic mixing and matching -- the way it traipses from featherweight love ditties to dreary murder ballads (even doing so in the course of a single song on “Matamoros Banks”), and, however awkward, the way those songs wrestle their way out of their bleached-over production -- are something all its own. In the end, what this record sounds most like is one of America’s greatest living songwriters offering us a dozen fine new stories, and leaving it up to us to make what we will of them. And in spite of its shortcomings, Devils & Dust is an offering most Springsteen fans would do well to accept.