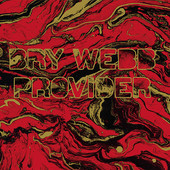 A while back I wrote this article about the National Parks Project, for which the possibly-defunct Constantines’ Bry Webb contributed a beautiful collaboration with Jim Guthrie and Sarah Harmer. In it, I argue that there is something about the project itself—government monies spent to send musicians and filmmakers to Canada’s spectacular and mostly unappreciated National Parks—that is important relative to the artist’s responsibility to the public. The participants are subsumed into the park landscapes, egos made small and irreconcilable with the vastness at hand.

The exercise should be treated as Webb’s homecoming. One of the country’s best living rock ‘n’ roll musicians, who embodies the genre’s blue collar catharsis, carved away at the fixture of our national character, and in so doing imbued it with some of that same moral certainty. What he and the country’s wild expanse share is that anachronistic, romantic, endangered characterization. To put Webb in that context is to make natural the poet-singer persona he’s cultivated across the Constantines discography. The project made this clearer for me than those early albums could. About both the parks, and the concept of a rock ‘n’ roll singer, you can argue that there is something fleeting and tragic and increasingly commoditized.

There’s also something very Canadian about Webb’s lyrics. Our own sense of national character—it’s drummed into our heads as early as high school that our identity is ill-formed, and the subject of an ongoing crisis—is perpetually mixing with that of our southern neighbour. Rock ‘n’ roll is a very American thing, but in Webb’s hands it can be the stark declaration of intentional, national otherness. Constantines, when at their best, and like those other great Canadian rock archetypes the Tragically Hip, made a universal template into something local. Tournament of Hearts (2005) might also be a women’s curling championship, but “Love in Fear” doesn’t restrict itself to Alberta. The city to which Webb so often refers is one on the edge of an uncontrolled—and accessible—wilderness. This is an urbanity informed by the Canadian experience, and for Webb it enables, simultaneously, a lament for something lost, and the rediscovery of simplicity.

And so Provider, his simplest and most direct distillation of these themes, is as natural a progression for Webb as you can imagine. There’s a bit of a departure here, as Webb explains, distinguished by a shift from carefully staged ideas to the indelibility of “the moment“—he writes about his son, Asa (“Asa,” “Zebra”); he’s wandering around in the wilderness (“Rivers of Gold”). But to the listener the difference isn’t evident. Webb still ebbs from the romantic core of some modernist’s alienation, is sentimental or angry with selfsame reaction. The tenor is gentler, that much is predictable. But for the listener, it’s as if he’s arrived in the same location via two circumlocuotous routes. “Ex-Punks” suggests that what’s in the past is now solidly so, but that doesn’t make Webb any less the man we’ve become accustomed to these last ten years.

Provider, though lovely, and featuring two outstanding acoustic songs in “Asa” and “Rivers of Gold,” is not nearly the radical, aesthetic departure described in some initial reviews. There aren’t big rock drums, true, or dueling electric guitars. The sound in general does not sound like a city’s worth of train track ripped from the ground, as Constantines’ often could. There is some warm, subtle brass, and dapples of backing vocals. But if you’ve loved the Constantines music, this is no sea change. The chord progressions are the same, the sentiment equal in idealistic fervour. Webb’s world-weary scratch of a voice still possesses the kind of character more polished singers would kill to obtain. And for all the value Provider might represent in the context of returning Webb from his temporary sabbatical to songwriting and performance, where I hope he stays, it can’t help but seem a shadow of the Constantines’ decade-long output, whose music was always relevant, always intensely listenable, like an urgent transmission from some distant battlefront.

Still, the emotional response is potent: “We had an understanding that only we could understand / I was making a decent living in the Yukon Territory / Thinking about all those who came before me / I’m the one most free.” The power of Webb’s writing lies in his ability to sing lines like this without sounding condescending or silly. It almost makes you believe in a simpler, more authentic life. Not easy; sarcasm and cynicism are too often the order of the day.

I remember reading somewhere that Webb is a fan of Studs Terkel’s Working: People Talk About What They Do All Day and How They Feel About What They Do (1974), and I can think of no better representation of his approach to self-reflection. The book is hundreds of pages of interviews presented with little framing or analysis. The lived reality of the work is presented without bastardization or embellishment, almost as a material thing. Webb has always written this way, investing in some obvious statements the importance of sincerity. “Isn’t it fine / When your time / Ain’t bought and sold,” he sings on “Rivers of Gold.” Eleven years ago, on Constantines’ self-titled debut, Webb sang, “Young hearts be free tonight / Time is on your side.” Both are presented not as a self-evident truth, but a plaintive profundity. Webb is still dealing in the too-rare revelations and romance of the everyday.