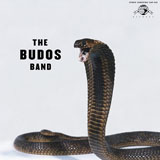 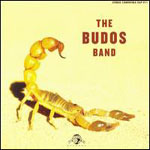 Sometimes New York City music fans are faced with some tough choices. For example, two Thursdays ago, I was forced to decide between seeing the Hold Steady at a park in Brooklyn, Daft Punk at a minor league ballfield in Coney Island, or the Budos Band at Joe’s Pub, an intimate venue that sounds like a dive, but is actually a cabaret-style room lined with the type of red velvet banquettes and mood candles that scream “old-school class!” I ultimately chose to throw my hat in with Craig Finn & co., not because the Hold Steady put on a great show, but because it was free, and I’m poor.

Only after having listened to II about thirteen times did I realize that not seeing the eleven-man afro-funk juggernaut known as the Budos Band in a martini-centric venue was a huge mistake. (I essentially missed my chance to recreate that scene from Superfly where Curtis Mayfield plays “Pusherman” to a nattily dressed clientele, an air of ominous cool permeating the room to the point of suffocation.)

The Budos Band is one of a small cadre of bands who record for Daptone Records, still probably best known as the home of Sharon Jones and the Dap Kings, though the label has recently received an amount of mainstream exposure by virtue of the ‘Kings being Amy Winehouse’s backing band. And like nearly all of the acts on the Daptone imprint, II doesn’t stray from the label’s purposely old-school aesthetic, having been recorded directly to analog tape within the dilapidated Brooklyn, NY brownstone that comprises both studio and base of operations.

The result is music that sounds like it was recorded thirty years ago, a blessing considering the ProTooled-to-death nature of most modern funk acts, the vast majority of which are far more suited to cocktail party than dance floor. Seriously, when was the last time anyone had a reason to be excited about a large-scale funk ensemble not named the Dap Kings? Also, the Budos Band hail from Staten Island, which means they have more than enough time to practice because there simply isn’t much else going on (you think 36 Chambers [1993] was that tight by accident?). Their deal is that of nasty, orchestrated funk, owing in equal part to the Afro-pop of Hugh Masekela—whose signature tune “Grazing In the Grass” the Budos likely have a more than passing familiarity with—and to the extravagant ensembles headed by Curtis Mayfield. In fact, II track “Ride or Die” lifts a five-note trumpet hook directly from the Superfly anthem “Little Child, Runnin’ Wild,” outright addressing how easily their heavily composed pieces are perfectly suited for ’70s cop shows (this is a compliment) and blaxploitation epics alike.

And like most instrumental albums, proper nomenclature goes out the window in favor of sign posts like “that one that sounds like the horns are riffing on Orff’s Carmina Burana“ (“Adeniji”), “the tune with that badass, Dre-style organ squiggle and insane drum breakdown” (“Ride or Die”), or “shit, this is, like, the best funk song ever” (“Mas o Menos”). Then there’s track seven, which I thought cleverly ripped off the “My Girl” bass line in the name of something grander, until I actually glanced at the CD and realized it was in fact a cover, however loosely and excellently interpreted.

Complaints are minimal. Tracks 6-10 are ever so slightly less awesome than 1-5, and I have the same gripe with the Budos as I have with the Dap Kings, namely, that neither can find it in their dark hearts to employ a trombone player (I’m four stops away on the L Train, dudes). Still, The Budos Band II will do nothing to alter what I believe is a general and simple consensus: Daptone Records is doing God’s work.