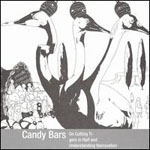 On Cutting Tigers in Half and Understanding Narravation

If there's a reliable dream for an independent music critic--one which is, 95% of the time, the stuff of pipes--it's probably this one:

1) Sift through The Promo Pile, that portentous tower of (let's be honest) sort-of obligations which includes, during a given month, everything from singer-songwriter hopefuls to bar-band balderdash to the ever-ominous "chamber pop" genre to no-nonsense, unadulterated, 100% pure-grade WTF (see: Thunderegg).

2) Locate an album which you would anticipate -- after translating most of the B.S. on a given press kit into a decently reliable first impression -- actually liking.

3) Throw the album in, settle down.

4) Some way into the first track, you realize that something special is transpiring with you hardly noticing.

5) Three tracks in, take the CD out of whatever employed music playing device, and give it that relatively rare honor of actually copying it to your hard drive should the original meet with an ungainly fate -- hoping, all the while, that the rest of the CD lives up to the superb heights of its beginning.

6) Find that, after repeated listens, it does.

7) Sit down and start writing a review.

How peachy it is, then, that at the end of On Cutting Tigers in Half and Understanding Narravation, for a critic like yours truly to be able to open his review with the above and not complain thereafter, "This is one of those 95%."

A great deal of the group's mesmerizing atmosphere has to do with Daniel Martinez's vocals and lyrics. His heavily-treated voice -- often multitracked -- bleeds into the mix with spectral presence, offsetting the clear delicacy of keys, shuffling drums, cello, and guitars (electric and acoustic) with a tattered beauty and darkly metaphorical lyrical shades. His delivery, over a majestic electric guitar chorus in "Violets," is spine-shaking as he rasps, "I woke up screaming / Pajamas wet with ex-girlfriend / Forced to flee from the chill which she lives in." Frequently, his abstract musings metamorphose into pure poetry; in the gorgeous, muted stomp of "The Flood in your Old Town," he sings with distanced longing, "But the ants will ride / On fallen leaves / like boats / through city streets / and passengers will turn their backs / when you say 'I love you.'" After his melody takes a dour turn, he wryly concludes, "But holding on / to someone's arm / is going to be / the fall of the / twenty-first century / because you are all liars."

Peppered throughout other tracks are small bits of straightforward imagery that strike with unexpected emotional depth; mothers played by stingrays, dads envisioned as sharks, seafarers passing time in "Lovesong Lake," falcons landing on the bayonets of their owners and apartments smelling like peppermint all make striking lyrical appearances in his impressionistic story-photographs.

The words would be lovely all on their own, but Candy Bars surround them in glowing and darkening melodies that deepen the loss, alienation, and pained hope beneath them. Cellos mournfully carry them, guitars pluck them out of gray air, and keys sprinkle them into darkness, but in every permutation they remain the group's starting points, on which they build blooming instrumental developments. "Enough to Choke a Cold Air" swells its funereal melody with electric guitar chords before resigning to the sound of lonesome acoustic strokes, while "Winter is a Cathedral"'s 3/4 drift finds embellishment in artful fills, layered keys and heaving cello. The idyllic melody that of "Landscape" floats on clean acoustic plucks and blithe keys, until the group shifts percussive pace to infuse it with urgency and anxiety.

OCTHUN is not a quick pop kick, to be sure, but neither is it ponderous for its melancholy and somber pacing. Instead, by keeping their arrangements tight and their sequencing near-perfect, and by fleshing out these frail songs with details that demand revisiting listens, Candy Bars conjure a hypnotic listening experience. It's a masterful debut, and like the best of them, firmly roots that hypnotic experience in critic and listener's mind alike, making it a pleasure for him or her to recommend to others as a strange and wonderful alternative to the ordinary. It's an album that is both complete in its singular vision, and one that encourages anticipation for further inspiration from this three-piece. Theirs are scars worth exploring, and the sound with which their pretty pain is suffused is ineffable. Peel away.