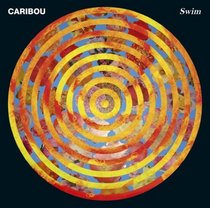 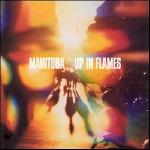 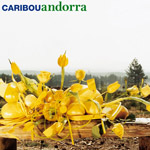 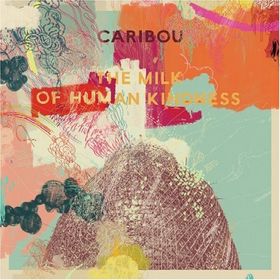 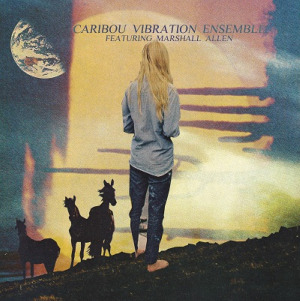 Caribou Vibration Ensemble is Caribou’s first live album, a recording of last year’s ATP set in which Dan Snaith hired the likes of Marshal Allen of Sun Ra’s Arkestra, Kieren Hebden, and Koushik; in which the melodies prove themselves durable enough to survive mediocre taping; in which the squealy bits get a real squealer (Allen); and in which there’re musicians enough to rival Metallica’s blimp-sized load, S&M (1999). The double-disc benefits from Caribou’s easily navigable discography—nothing to be heard from this year’s Swim, which makes sense, but plenty of extended jams care of the brash grooves of Up in Flames (2003), the hazily looping pop of Andorra (2007), and the, um, middle ground of The Milk of Human Kindness (2005)—because everything is ripe for re-imagining. Andorra and Kindness, especially, are given the most space to transmogrify, with Andorra’s “Melody Day” quieting into a solo guitar ramble in between the chorus’ palette-cleansers, emphasizing the strength of the song at the base of all that neat-sounding, flowery psych-rock.

In turn, the lyrics, usually steeped in affectation, become embarrassingly audible, given full focus. “From the mouth that gives good head,” Dan Snaith speak-sings, quietly curling the blunt ends of the line, articulating every word into submission. “Every Time She Turns Round It’s Her Birthday,” indeed. Fun fact: Snaith’s lyrics are more or less all about girls. Maybe not “about” necessarily; maybe more like about looking at them. Literally: “Sometimes in her eyes I see forever,” goes his Gibbard-speak on “Sandy.” It’s a small price to pay, though, for hearing the Krautrock jams of Human Kindness in the same context as older songs like “Skunks” or “Hendrix With Ko.” Their guitar figures may be more complex, but “A Final Warning” and Andorra‘s “Melody Day” prove to be a similiar sort of hypnotic drug, the same Caribou making the same Caribou-y stuff despite how given Snaith is to metamorphosis.

Still, as meaningful as the stripped down atmospherics are to understanding the core of Snaith’s songwriting, Vibration Ensemble is kind of gimmicky. Allen aside, I’m not going to turn to these variations over the originals—Snaith is too much of a studio rat to make these more interesting. The whole thing is too quiet, the grooves constrained and sometimes strangled. A ten minute entrenchment of “Barnowl” is a good excuse to revisit the live version, but the original’s six minutes is plenty long already; the free jazz pile-up it hits about seven minutes in might have been pretty visceral live, but here the muddy mix strains to encompass both the rock and the jazz musicians. “Melody Day,” the obvious highlight here, gives everyone clear, subtle roles—slight horns on the verse, a bit of background vocals—and in the process represents what the rest of the album could have been: a revelation along the lines of I Might Be Wrong’s (2001) piano ballad version of “Like Spinning Plates”; a totl recontextualization apart from the original.

As is, Vibration Ensemble occupies a gray area, not quite improvisational enough to let the extra instrumentation breathe, yet arranged a bit too dependently on the originals to mean much without them. When approached as a bootleg greatest hits, though, it’s a pretty strong statement in favor of the unity of Caribou/Manitoba’s transition period: Dan Snaith may now focus more on trendy atmospherics than instrumental fireworks, but neither ultimately compromises his ear for haunting, propulsive melody. Vibration Ensemble does argue for a more focused approach in the songwriter, to wring his grooves into sparer regions still. That they remain potent even with poor sound quality and occasionally smothering orchestration is the mark of a great band, though—the mildly enlightening live album as rite of passage. Congratulations, Caribou, you’ve made it.