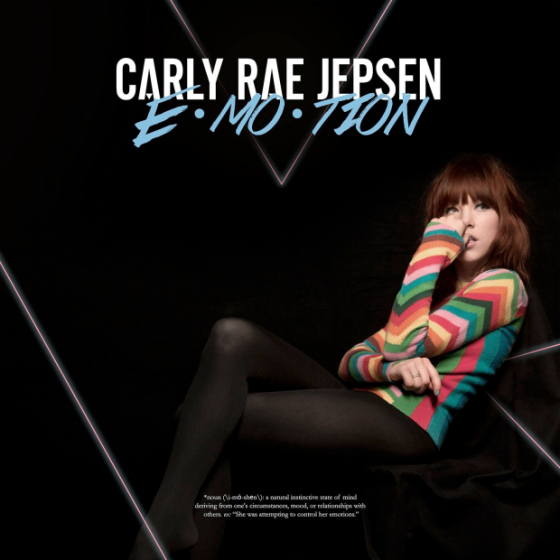 There are myriad downsides to culture basically deciding that music is free—or at least that access to all music everywhere is worth ten dollars a month—but the fact that pop stars don’t need their albums to actually have great songs has to be one of the worst. In an era when album sales are a negligible sliver of an artist’s revenue, pop music has been relegated to brand-enhancement duty, and need not be noteworthy so long as the person singing it is getting attention. I’ve lost count of how many impotent Katy Perry choruses have been rehashed by her sound-alike du jour (“Black Widow,” “Domino”) or how many pop artists have utilized the easily-reproduced EDM “bap—bap—bap-bap—bap—bap” rhythm for easy airplay (Coldplay, Maroon Five, Rihanna). This is not the case with Carly Rae Jepsen. While her more powerful peers maneuver like they’re gunning for the pop-star equivalent of WWE World Heavyweight Title, that Carly Rae Jepsen, with her less-than-larger-than-life personality, released an album full of slappers like it’s the simplest thing is a goddamn revelation.

God, E•MO•TION is so good. I once used the phrase “chorus porn” to describe the pure ecstasy Haim produced on Days Are Gone (2013), but I wish I had saved it for E•MO•TION. Like Days Are Gone, E•MO•TION evokes the ‘80s with new wave synths, bass slaps, cheesy horns, and glittering production. It’s a deceptively dense record, one where songs that ran you over on listen one run you over with a completely new element you’d missed until listen ten. Carly’s back with the modest voice and whimsical attitude that made “Call Me Maybe” a smash, singing sweet narratives to someone who is either her best friend or the significant other making her heart go aflutter. The checklist E•MO•TION satisfies is short and simple: its themes are universal enough that any listener ought to be able to identify with it, and its quality is indisputable. The result is a nearly anonymous album of stellar pop music, one where it seems all the attention was placed not on positioning Carly Rae as a cultural force, but on making sure E•MO•TION makes you smile.

Take the record’s first music video, for “I Really Like You.” Carly isn’t even in the damn thing for two-thirds of it. Instead, Tom Hanks, one of the least problematic Hollywood actors, goofily lip-syncs the track and its 11-year-old level of emotional expression while on a jolly romp through New York City. Not even a Justin Bieber cameo can sully such a saccharine, no-holds-barred play for your pleasure centers. E•MO•TION is a lot like that. On album opener “Run Away With Me,” Carly, introduced by a saxophone run through about eight zillion “shimmer” presets, invites you to do as the title says, putting you and Carly in cahoots for a great escape from life’s doldrums. There’s trouble lurking on the outside of E•MO•TION: boy problems, rejection, fame blues, depression, but nothing Carly can’t solve with the power of positivity. She’s taking you on a feel-good ride, dammit, and you’re gonna feel good, even if she has to kick down your door and force you (which is basically the plot of “Making the Most of the Night”).

When Carly isn’t fighting forces of negativity with sheer sunshine, she revels in the power of liking someone a lot. In addition to “I Really Like You,” there are tracks like “Let’s Get Lost,” wherein she’s curled up next to her beau on a long drive simply hoping he takes the long way home. There’s also “Gimmie Love,” where she asks, star-struck, for love over a thumping, ever-building groove, such that by the end, the message turns sweetly desperate. One of the things that made “Call Me Maybe” so successful was its shy, giggly undercurrent, as if its chorus was blurted out in a nervous deluge. That endearingly awkward approach to romance survives on E•MO•TION. In “I Really Like You,” Carly pauses to ask, “Did I say too much? I’m so in my head!” In “Your Type,” she sings “I still love you, I’m sorry, I’m sorry, I love you,” like she’s furiously typing out a post-breakup text message. Little moments like these make her triumphant turns feel more impressive, particularly a massive final chorus that goes “Sometimes I wish that I could change / but not for me, for you / so we could be together forever / but I know, I know that I won’t change for you / cuz where were you for me?/ When I needed someone?/ When I needed you?”

It’s this unassuming persona that thankfully keeps Carly below the level of top-tier female pop stars. She isn’t a diva, has no beefs, gossip, or mega-brand to speak of. When she sings about being hounded by “Buzzfeed buzzards and TMZ crows” on “LA Hallucinations,” it sounds like just that: a hallucination, simply because it’s difficult to imagine a world where TMZ is trying to dig up a juicy scoop about Carly Rae Jepsen and Buzzfeed allowed haters into its midst. E•MO•TION’s retro-pop bliss without angle or ego (imagine a track opening with someone sexily whispering “It’s Carly Rae Jepsen, bitch,” and barf) lends it a refreshingly timeless quality that’ll surely land it high among many best-of-2015 lists. In a year where pop stars fight for brand supremacy, sell personas, and get the most coverage from media outlets for their tweets, it’s funny that the year’s best pop album doesn’t once feature the singer talking about herself.