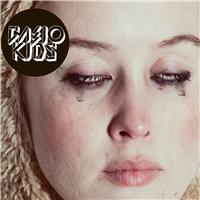 Casiokids are adorable. This much is indisputable, as much their modus operandi as defining feature, the wellspring from which their puppet-/video-/costume-laden shows spring. This will probably and to equal degree turn off as much as inspire you to follow up. The first time I saw Of Montreal I admired their ability to perform while undertaking pretty complex and self-patterned choreography. The second time I felt like an idiot because I was watching a puppet show and Kevin Barnes’ penis with a bunch of adults. I wasn’t exactly enchanted and transported by the lobster claws. Not to get so entirely cynical all over this talented and hard-working band’s debut record—which is actually a pretty good record—but how is it that I can still watch Tim Harrington act like a lovable buffoon and just generally not be able to sing any of his songs while this stuff has a definite past-due date? It’s telling that Of Montreal helped get Casiokids started. Also worth noting that Of Montreal used to put out some great records and are now completely unbearable.

Maybe it’s because of the aforementioned kiddieness of the stuff. Maybe it’s just that the inscribed codes of our holier-than-though indie scene preclude me from connecting with an inner child shriveled up and gasping from too much listening to Keith Fullerton Whitman on headphones. Or that while a stage show denotes effort and, in a lot of cases, simply a different form of talent, its careful craft doesn’t come close to tapping the cathartic release Les Savy Fav enable. All of the glitter and dross eventually seems beside the fucking point, that guttural high you get when you listen to good music. It’s almost a distraction.

So anyway, like LCD’s debut, Casiokids package a disc of singles previously released over the last decade, and, again like LCD, the accompaniment shares the debut’s quality. The singles portray a band spending the better part of a period assembling this controlled techno-pop, and it’s catchy and innocuous and perfectly suited for both background and close listening, if understandably lacking momentum. That, by itself, puts it somewhere in the lower half of some year-end best-of lists. “Fot I Hose,” “Verdens Største Land” and “Finn Bikkjen!” in particular are well worth a listen, and found themselves on repeat often enough. The album is well written, well produced, and very listenable.

What the album doesn’t do is much of an attempt to step outside of its comfort area. And no wonder: what, after ten years stewing, is going to come out current, surprising, fresh? It samples, but isn’t as adventurous in its forays as most hip-hop (let alone the glory that is an Avalanches song). It builds handsomely, smoothly and doesn’t jar, but it also never crescendos. The songs complement each other well, but don’t connect. Casiokids aim at the closest target and hit it satisfyingly square. It’s meticulous, a good vibe, but also a little bloodless. Topp Stemning På Lokal Bar is designed to be Muzak for the urban jet set and it succeeds with flying colors. It won’t change your life. It won’t even change your Saturday. Cute as a button, though.