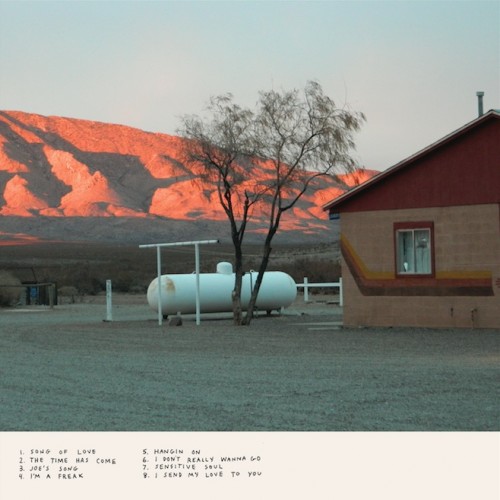 The Time Has Come

Cassie Ramone is known for being the roughest edge in her collaborations. In Vivian Girls, she’s the nasal alto with the flat delivery, tempered by Katy Goodman’s angelic soprano. In the Babies, she pretties-up her punk energy to meet Kevin Morby’s precise, carefully crafted style, but never quite fits in. Now, like Morby and Goodman before her, Ramone has branched out into solo work with The Time Has Come, a collection of lo-fi jangle pop that finds her embracing the awkward, unique vocal style that has peeked through in her previous work. It’s a record that would rather be lived-in than pretty, and what could come across as an all-too-casual affair makes an impact in the way Ramone twists sugary twee melodies until they feel sour and lovesick. As in Vivian Girls, Ramone brings a touch of brashness and occasional weirdness to throwback pop melodies, and though this debut is no grand masterpiece, it has an undeniable, ramshackle charm.

The Time Has Come is just Ramone’s voice, her guitar, and Ariel Pink’s bass, though the two create a full, echoing sound that fits well with Ramone’s airy harmonies. The record doesn’t quite take either of two expected paths; it’s not full-on retro girl group pop or noisy girl-punk. And though Ramone references Karen Dalton in the record’s promotional materials, it’s only Dalton as filtered through ’90s Liz Phair, perhaps. The Time Has Come is best characterized as twenty-five minutes of simple, jittery love-gone-sour ballads, often upbeat until the inevitable dissonant guitar or harmony comes in, sends the room spinning, and turns a broken heart into a nervous breakdown.

While there are some catchy, even pretty songs here (“Sensitive Soul” and “Song of Love”), the more darker, more troubled tracks like “The Time Has Come” and “Joe’s Song” are where it’s at. “The Time Has Come” is probably the biggest departure from Ramone’s previous work. Here Ramone loses any pop sound in favor of a dirge-like plod. Her voice stretches out the ends of notes, turning them slowly more ragged, uglier. “Now the time has come to say I love you…” she drones, sounding not unlike a more self-loathing Courtney Love. “The Time Has Come” would have more impact on a longer, more complete record; as it stands it’s just the heaviest of a handful of tracks, but still serves to cast its dark, desperate energy over the record as a whole. I do wish it would rock out just a bit more, as the brief tempo change at the end is the song’s best (and most Hole-ish) moment: “There’s no one / There’s no one / There’s no one / There’s no one but you.”

“Joe’s Song” casts a similar, if less intense, spell, with haunting harmonies over lines like, “You sang the words and then I knew / That I did something wrong / I hate the way you sing/ It makes me feel like I’m not strong.” The best track, however, seems to come out of surf-rock pod of its own, still fitting in with the record’s atmosphere but definitely disrupting its somber air. “I’m a Freak” is all rapid-fire, conversational vocals and fantastically dissonant guitar solos. “I’m a freak, yeah / What a fuckin’ freak,” Ramone chants, sounding like a fast-talking, bratty mall teen, “You’re a creep, yeah / Preyin’ on the weak / You’ve got some gum within your cheek / That you can spit at me.” Then in swoons that woozy guitar, its notes first clashing and then climbing, getting in tune with the melody just long enough before it breaks off.

The kind of playfulness displayed on “I’m a Freak” is Ramone’s greatest strength: the song’s intentional imperfections are its very heart; they’re what makes it compulsively listenable. This is true of the other songs on The Time Has Come as well. The enjoyment is all in the rough details: a wobbly vocal here, an unexpected stab of minor key guitar there. It’s decidedly freewheeling and unpolished—qualities that made Vivian Girls and Ramone herself unappealing to some during their rise. But The Time Has Come proves that she was wise to preserve these qualities in her music, and she may just make them the centerpiece of a solo career.