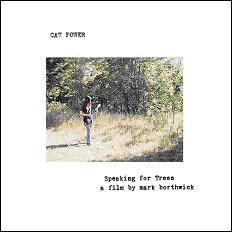 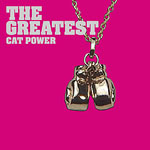 I've been conducting a conversation with imaginary persons trying to pinpoint exactly when indie rock became safe as houses. Surely this is a recent development, the fan exclaims, hoping that he woke up one morning to find it was like this. The lapsed anarcho-journalist doesn't think so, pointing to the television where he hears Modest Mouse sell Toyotas, Low sing for The Gap and Iron & Wine soundtracking M&Ms floating in a haze (using a Postal Service's song, no less). "This bell's been fucking ringing for years, dude." The musician wants to know what the fuss is about: "didn't you find thirty records more or less on independent labels to fill a best-of list? You liked those records because they were good; didn't you ever stop to think that maybe other people outside your vanguard-ist pigfuck would like them?" "When was it ever 'dangerous,' exactly?" asks his alter-ego, the over-literate dancer. "When Liz Phair said 'fuck' and 'blow job?' When Fugazi had the basic human decency not to charge more than five dollars for shows that would sell out anyway? What was so cutting-edge about Yo La Tengo and Superchunk that is now somehow missing from the contemporary scene?"

It goes on, but let's not stray too far from the subject of tonight's review. Cat Power has, since Moon Pix in 1997, released a string of great records that increasingly streamlines Chan Marshall's voice, songwriting, and overall sound. Not that Moon Pix's precursor, What Would the Community Think? ever threatened to shatter glass either, but there remains few records as tentative, that hovers to the brink of total collapse and barely returns, as that record does. The first time I heard it I didn't know whether to stand mouth agape in its beauty or cringe in embarrassment, but it was thrilling. Moon Pix is the better record, though, and it would form the blueprint for her next two (specifically the stately, six minute piano suite of "Colors and the Kids").

So now she's made The Greatest, as close to a country album as we're likely to hear from her, recorded in Memphis with famed hot-shot Memphis session players. Well, why not? At this stage in her career (her seventh record; I was surprised, too) one could logically argue that Marshall could only take the Cat Power "thing" – moody, depressive and somewhat atonal music, insular and breathy (though strangely sensual) and somewhat atonal singing – so far, and what she needed was a clean break with some spot-on, legendary session musicianship. Fair enough, but having listened to the thing a good ten times now, I'm convinced the opposite is true. This is the Cat Power record that's been in the works for some time now: it's streamlined to the point of being thoroughly anodyne, shorn of many of the qualities that makes her so striking and compelling, an album that anyone could probably make provided they have the right names in their rolodex. And, of course, it's a pretty good listen.

Where the record works best are its bookends -- the places where it most sounds like Cat Power. Take the titular opener: a hypnotic and skittish snare drum propels floating guitars and rudimentary piano chords. Marshall's lyrics are a barely decipherable sigh, sung with her eyes firmly planted on her feet, as if it were lying under the blanket provided by the syrupy strings. Closer "Love & Communication" has plenty of guitar slobber, punctuated by a single note horn section and driven by the best chord progression of the album, an insistent and driving minor stomp. The singing isn't as commanding on this song as perhaps it should be, but coming on the heels of a merely competent album of MOR alt-country, its presence is welcome.

The meandering middle portion suffers from a want of writing as forceful as this. Much of it sounds as if Marshall is waiting for the musicians to perform magic. Take "Islands," a sub-two minute throwaway that may accidentally capture the essence of The Greatest. It's a simple three chord mid-tempo country rock song where nothing--the pedal steel, the lackadaisical drumming, the basic chord progression--does anything to distinguish itself whatsoever. The result is that it's pleasant, but fails to make an impression. Only on "The Moon," buffeted by a guitar bathed in heavy tremolo, does the relaxed pace work, and not coincidentally it's the one song in this series that does not feature lazy one-four progressions (or "After it All," which forces everyone to stay put on one chord).

The Greatest is the apotheosis of safe indie rock, something that would be right at home on the Lilith Fair but still one degree of separation from Gerard Cosloy. Granted, Marshall hasn't thrown the baby out with the bathwater--that voice is still here, thank goodness, and there are moments when she is genuinely affecting, like on "Lived in Bars" where she asks who will play the instruments when everyone's gone--but she's also scrubbed the kid down to where she could be mistaken for someone else. Oh well, I'll take solace that some of my favorite bands still carry the torch – like Mogwai. I mean, can you imagine them making a boring record, or even a commercial? Pfft.