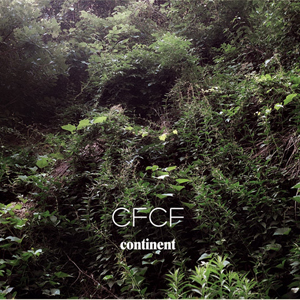 When dance music doesn’t want you to dance, then what exactly does it want you to do? My guess is it doesn’t want you to think—there are more direct ways of making you do that. I wouldn’t say it wants you to just feel, exactly, either, though feeling is a part of it. No, dance music that doesn’t want you to dance, like CFCF’s Continent, wants you (among other things) to have an intuition of space. This record wants you to feel not sad or angry but as if you are, say, in a government-town city centre at 4am, or a parking lot under a red sun. It’s not a cinematic mode of intuition, exactly, since there’s no plot; but there is the development of impression through time, as if the space gets sharper and more detailed as the song goes on.

Sometimes the spaces are filled with regret, or with the anticipation of an event just about to begin. They are filled with people and things, stone-still in a frozen tableau. Sometimes they are emotional spaces, again not something like “happy” but the headspace you’re in when, for instance, you step off a cross-state bus into a very bright day. The song titles on CFCF’s Continent are a help here: “Break-In”; “Letters Home”; “Raining Patterns.” Each gestures toward the kind of evocation the track may be attempting to accomplish. Whether intentional or not, that is what is most expert about the craft on display in Continent: it evokes deeply, bringing the listener inside detailed and contemplative spaces.

Montreal’s CFCF came to prominence as a remix guy, particularly by winning the Crystal Castles remix contest. Since then he’s reworked tracks by, among others, Sally Shapiro, the Presets, HEALTH, the Teenagers, and Hearts Revolution. Now on Toronto’s Paperbag Records, CFCF’s roots in remix culture inhere in his laid-back, expansive pacing and the blurred lines between melody, riff, chorus, etc. Lead-off track “Raining Patterns” hovers gently through its seven and a half minutes, remaining meditative and accessible without screaming “I am chill now go chill out!” A barely recognizable Fleetwood Mac cover follows, bringing things up to an intense simmer while reaching more for mood than song. The rare lead vocal sits far back in the mix letting the keys, synth, and guitar lines do most of the talking. This one-two sets the spectrum for an album that works mostly in between the deliberate mid-tempo of the lead-off and the more insistently upbeat “Big Love.”

What separates CFCF’s accomplished debut from other leisurely, ambient-ish electronic records is his dead-on pop sensibilities and the inexhaustible depth of his craft. Where others fall into the musical-wallpaper trap or are too easily slotted into one ambience-by-numbers or another, CFCF shapes his tracks to build seamlessly toward climaxes that are just so, and no more, before pulling everything back a little. Chords, arpeggios, and synth lines are all as catchy as a pop hook but more tightly packed. He stays close to his strengths—trusts to them—and never feels he has to veer wildly to avoid listener boredom. What results is an album full of dense, detailed electronic music that is ever more evocative as the minutes, tracks, and repeated listens accumulate.