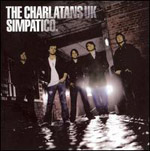 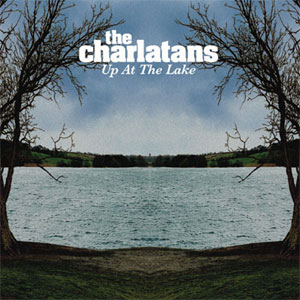 Up At the Lake

Has it really come to this? I’m sad to report that as of this writing, the new Charlatans UK record is unavailable in North America because they’re currently without a U.S. record deal. This is unfortunate considering that all seven of their previous studio albums have had concurrent U.S. and UK release dates, and the Charlatans have been able to sell out mid-sized U.S. venues for years now. I guess the most plausible explanation for this stems from the fact that their U.S. label MCA was swallowed up by Geffen, and after 2001’s dancefloor monster Wonderland sold poorly, the band was simply dropped. Said sales shouldn’t be blamed on the Charlatans alone because Wonderland was a good record (if a little starved for depth). But for whatever reason, most Americans simply weren’t in the market for hedonistic dance music when it was released on 9/11/01. Talk about lousy timing. Wonderland holds the dubious distinction of being the first thing I was able to bring myself to listen to after that date.

So what’s an American Charlies fan to do? Either shell out 30 bucks for the import, or do what I did and go to town on SoulSeek. Not that anyone with half a brain needs to rationalize file sharing, but this one’s especially easy; the band is probably just as pissed about the lack of a U.S. record deal as you are, and probably wouldn’t want any of their fans to pay the inflated price anyway. Frontman Tim Burgess lives in California for cryin’ out loud. Of course the point is moot if Up at The Lake sucked, but it’s surprisingly their strongest effort since 1997’s Telling Stories, which is all the more impressive considering how consistent they’ve been over their 14 year career.

And it’s not like it’s been smooth sailing either. In the years since their 1990 formation as a baggy Manchester band the likes of Happy Mondays or the Farm, they’ve been robbed blind by their accountant, lost keyboard player Rob Collins to a car accident, nearly lost his replacement Tony Rogers to testicular cancer, and I think the bass player suffers from depression. Such tragedies would kill off lesser bands, and the Charlatans attempted to work through their demons with 1999’s Us and Us Only, a overly somber elegy to Collins dominated by slow burners, and entirely bereft of the dance beats with which they first made their name. And then as if to show that their mourning had ceased, 2001’s Wonderland overcompensated with practically nothing but dance tracks. While neither of these records was bad, both felt like they were a little hamstrung by their individual concepts, and suffered from a lack of variety.

Seven years removed from Collins’ death, Up at the Lake is the first Charlatans record in ages where the band actually sounds relaxed, once again realizing that Exile-era Stones balladry and high powered dance songs need not be mutually exclusive. When I say that the majority of Up at The Lake sounds like the Charlatans wrote it in their sleep, I actually mean it to be a compliment. It’s a warm, confident record that finds the band comfortably navigating the country-rock territory that they first mapped out with 1997’s Telling Stories. It’s a sound that will be as familiar to Charlatans fans as a pair of old blue jeans, and just as inviting.

The Charlatans have been remarkably successful at maintaining a distinctive sound, while changing up the formula just enough with each successive release so as to not repeat themselves. With that said, Up at The Lake is the first Charlatans album that sounds like it borrows significantly from one of their earlier records; the album being Telling Stories. Both albums feature the same hazy, guitar-centered production, and an emphasis on la-di-da country-rockers evoking the Stones at their late '60s/early '70s peak. There’s also “Feel the Pressure,” a somewhat goofy Chemical Brothers produced dance track that’s practically a direct allusion to “One to Another,” the Chemical Brothers dance track from Telling Stories. The Charlatans’ trademark reliance on the Hammond Organ thankfully remains just that, and most fans will be pleased to note that Tim Burgess has returned to his Manc-accented whine for most of these songs, abandoning the awkward falsetto vocals that dominated Wonderland.

While relatively strong throughout, Up at The Lake shines especially bright in its middle third with a memorable run of tunes notable for some of the finest choruses the band has even written. Tim Burgess’s lyrics tend to lean on cliché more so than on past records, but when an otherwise questionable chorus of: “If all the love I have/ Could make you laugh/ And if all the tears I cry/ Could make it better” (from album centerpiece “High Up Your Tree”) is enveloped with shining harmonies and deftly placed Fender Rhodes licks, you won’t mind the sticky sentiment. The trite lyrics only become truly annoying on the chorus of “Try Again Today” (“Speak what’s in my heart!/Pray for a better tomorrow/Make a brand new start!”) which sounds like it was written in the throes of a 3-day Ecstasy binge. There’s a few instances of good natured ELO-cheesiness (“Bonafide Treasure”), unapologetic rockers (“Blue For You,” “Apples and Oranges”), and even a Minnie Riperton-stealing soul ballad sung by the keyboard player that isn’t nearly as bad as it sounds on paper (“Loving You is Easy”). Variety abounds, and unlike the prior two Charlatans records, nothing feels forced.

Repeated listens to Up at The Lake kept calling to mind the phrase that Bob Dylan used to describe Love and Theft; “A greatest hits record without the hits.” Up at The Lake almost seems like the penultimate Charlatans album; most of these songs sound like they could have been written at any point in the Charlatans career, touching on several of the attributes that have brought them success. And while they’re hardly breaking any new ground, Up at The Lake serves the Charlatans well as another solid entry into what has slowly become one of the most airtight back catalogs in Brit-pop. Burgess has said in recent interviews that the band plans on reaching their 20th Anniversary intact; we all stand to benefit if they’re up to the task.