Other Records by Charles Bradley 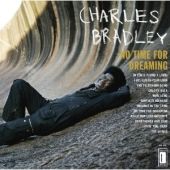 No Time for Dreaming

For those already on the Daptone bandwagon (Dunham Records basically being an imprint), the first taste of the Charles Bradley experience likely came in the guise of “The World (Is Going Up in Flames).” Backed by the Menahan Street Band, it was his contribution to the heralded Daptone Gold (2009) compilation, and a hell of an introduction to the man. A classic “world gone wrong!’-style barnburner, it showcased Bradley as the proud owner of a thunderous set of pipes, fraught with more road-weary gravitas than we’d come to expect from the Daptone stable. The song remains the man’s defining statement; logically it’s No Time for Dreaming‘s first single and kick-off track.

Bradley has unquestionably seen his fair share of hard times. Unlike similar Daptone artists like Lee Fields and Naomi Shelton, Bradley isn’t exactly a career musician enjoying a second wind amongst hipsters. Rather, he’s spent the majority of his life toiling in various chef jobs on the West Coast, occasionally fronting pick-up bands on the side before recently relocating to his native Brooklyn. Daptone Records founder Gabriel Roth supposedly first laid eyes on Bradley fronting a James Brown tribute band, and hooked him up with eventual Menahan Street Band leader and Budos Band guitarist Thomas Brenneck. In addition to helping jump start his long dormant musical aspirations, Brenneck served as the driving force behind getting Bradley to cut both “The World (Is Going Up in Flames)” and its B-side, “Heartaches and Pain,” a soul ballad that’s an autobiographical account of the time Bradley woke up at his mother’s house to learn that his nephew had murdered his brother. He can’t be accused of failing to keep it real.

Though it’s Daptone lover man Lee Fields who was once nicknamed “Little JB,” Bradley might actually be the one Daptone artist who comes the closest to capturing the spirit of the master’s guttural howl. Nowhere is this more evident than on “How Long?”, the structure and phrasing of which renders it practically a cover of Brown’s “It’s a Man’s Man’s Man’s World.” Charles Bradley possesses the vocal power of ten men; the quality of his voice is simply not up for debate. But what keeps No Time for Dreaming shy of the highest echelons of the Daptone catalog has nothing to do with Bradley’s vocals, or with the competent (if overly mellow) backing of the Menahan Street Band—it’s the somewhat paint-by-numbers approach to the songwriting that renders the songs less memorable than they should be.

The album’s subject matter generally falls into one of two categories: Bradley wailing about the travails of trying to make it in America; or Bradley imploring his woman to come back. Which is unsurprising. But aside from the choruses to “The World…” and maybe “I Believe in Your Love,” there’s a distinct lack of catchy bits here, and nearly the entire back end, aside from the motivational title track, finds Bradley going down tempo, its songs indistinguishable, more like genre exercises.

It’s clear that the goal here was to place the emphasis on Bradley’s vocals as opposed to the chops of a flashy backing band, but the Menahan Street Band might have helped his cause by stepping out more. The presence of instrumentals helps somewhat; “Since Our Last Goodbye” is a sunny flamenco groove providing some much-needed life to a particularly slow stretch, and “Trouble in the Land” is Stax-flavored and welcome, despite the inexplicably odd decision to fade it out after only 62 seconds. At 45 minutes, No Time for Dreaming feels plain overlong, more easily digested in three- to four-song chunks at one time.

Daptone should be lauded for getting Bradley on their sterling roster, despite a debut album that introduces him as more like a label foot soldier than a proper general. Still, fans of old school R&B (or really, any of Daptone’s artists) would do well to give him a fair shake. It also goes without saying that everything on No Time for Dreaming will sound better live. Bring your megaphones; here’s a guy impossible not to root for.