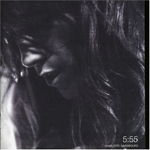 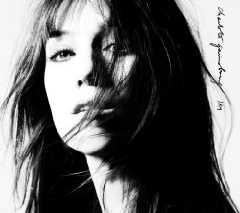 I had an art teacher in the sixth grade who, before showing us a painting that contained nudity of any sort, led us in an exercise where we all in unison would yell various synonyms for genitalia very loudly, the idea being “let’s get the giggles out now and then move on with it.” In that spirit, I’d like to provide an initial chance for us all to shout out the many things about this record we are just dying to say up front (though they don’t concern the music on it in any direct way). It seems that exorcising all these boogeymen—Charlotte Gainsbourg’s celebrity, her lineage, a half-hearted Dogstar joke, an obligation—before we begin and then not referencing them again for the remainder of our time together is the only way we give IRM a fighting chance. So, say it with me: that Charlotte Gainsbourg; actress; Jane Birkin is her mom, yes; Serge Gainsbourg her dad. No, I didn’t see her in Antichrist, but I certainly know how it ends. I remember when Scarlett Johansen made that Tom Waits cover record; it was pretty bad. And here is a video of Dogstar performing at the grand opening of a Hard Rock Cafe in Myrtle Beach, yes. Moving on.

IRM is the follow-up to 5:55 (2006), the latter a record on which Air composed and recorded all of the music, comfortably, beneath her breathy, ethereal vocals. Here, Beck steps in to provide an even more commanding influence: he not only penned all of the music on IRM, he produced and mixed it as well. Accordingly, within the first moments of many of these songs, Beck’s signature becomes pretty pronounced. (And since it’s 2010, we all know that when I say Beck I do not mean “that stoned guy over there wearing swimming goggles and a coonskin cap,” but instead “that guy wearing an unusually hued but otherwise pretty clean three-piece suit”; the same way that when I say Beck’s signature I do not mean “Mellow Gold-era junkyard pastiche” or “1994” but “glitchy and slick production.”) Gainsbourg’s delicate voice, when unadorned, gives off a sense it’s perpetually wilting; Beck’s compositions, then, aren’t so much backing tracks as vertebrae, fortifying Gainsbourg’s performance into something both harder (less frail) and, unfortunately, stiffer. Though this approach works well on the clomping, piano-helmed “Heaven Can Wait,” Beck’s backing vocals often overpower Gainsbourg’s throughout the track and she seems utterly lost within her own song.

Thematically, IRM touches on Gainsbourg’s 2007 brain surgery to treat a sudden cerebral hemorrhage (the title refers to the French term for MRI), a concept most explicit in the title track where the backing beat eerily resembles the machinations of a brain scan and she, over top, sings choppy and humdrum lines conspicuously tripping on words like “EKG” and “medulla.” For this and a couple other of IRM‘s electronic-heavy songs, Gainsbourg sounds like she’s doing her best Trish Keenan, though the songs lack the warmth and haunting tension a band like Broadcast can create from similar soundscapes. The album saves its strongest moments for the middle section, though: following “Heaven Can Wait,” Gainsbourg’s deadpan is perfect on the refreshingly understated “Me and Jane Doe.” Then there’s “Vanities,” the starkest track on the album—perhaps the best. It’s one of the only moments on IRM when Gainsbourg’s vocal melody is not dragged down by Beck’s preternaturally smooth production and is able to be heard, replete with some healthy subtly and vulnerability, all on its own.

And that’s the thing about her two most recent releases: they’re not bad albums by any stretch of the imagination, but they don’t put forth a very consistent sense of Charlotte Gainsbourg as an artist. Just as Air’s backing tracks were often the most notable things about 5:55, Beck’s mighty omnipresence is too heavy to allow Gainsbourg a starring moment to shine. A vocalist with a flashier, more brazen persona might not have that problem, but Gainsbourg’s voice is slight—it’s not inconsequential or uninteresting, just so clearly beheld to its greatest strength: its frailty. Though her previous albums boast an impressive pedigree of famous collaborators and producers, they leave in their wake a sort of absence, the overwhelming sense that we still don’t know for sure who Charlotte Gainsbourg, the musician, is all about. And that’s not Beck’s face on the cover either.